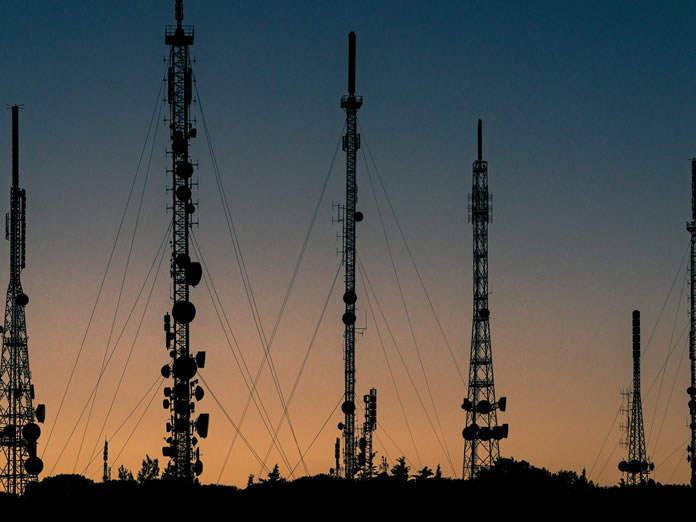 Canadian Heritage will begin its rollout of the $500M COVID-19 Emergency Support Fund for Cultural, Heritage and Sport Organizations with relief for the screen industries encompassed in the program’s first phase, and small broadcasters and local news organizations to benefit in its second phase. The Canada Council for the Arts, Telefilm and Canada Media Fund will distribute funds to their recipients in the first phase. The second phase will provide temporary support for organizations that don’t receive funding from the aforementioned or Canadian Heritage. That includes third-language producers, local news outlets, magazines and community newspapers, live music organizations, and non-recipient arts and culture groups. Eligible recipients will be asked to attest to need to ensure continuity of operations and safeguard jobs; and aren’t receiving funding from multiple sources, like the Canada Emergency Response Benefit (CERB) to cover the same costs. Read more here. 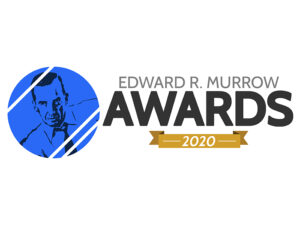 Ian Hanomansing, the Vancouver-based weekend host of CBC’s The National, will speak about British Columbia’s handling of COVID-19 and covering the coronavirus, on the next J-Talks Live webcast this Thursday, May 14.  The event is part of the Canadian Journalism Foundation’s J-Talks program, which explores pressing journalistic issues. Hanomansing is one of the featured speakers in a special free series of 40-minute talks focused on journalism’s critical role in the COVID-19 crisis. Those interested in joining the talk, this Thursday at 1 p.m. ET (10 a.m. PT) are asked to register. Read more here.

Canadian Association of Journalists (CAJ) President Karyn Pugliese says the access-to-information system has ground to a near standstill at a time when the federal government spends billions in emergency aid with minimal parliamentary scrutiny. The CAJ says the system was already in crisis before the pandemic with Information Commissioner Caroline Maynard recently warning Treasury Board President Jean-Yves Duclos in a letter that the federal ATIP system “may soon be beyond repair,” and already faced “chronic under-resourcing” before the current crisis. The CAJ is recommending Duclos enact a ministerial order providing requesters the option of receiving responses by email from every government institution by default. It also recommends that as the pandemic response shifts to recovery, the federal government properly fund and staff its ATIP departments—and emphasize internally that transparency is at the core of the government’s duty to Canadians. Bell delivered positive service revenue and adjusted EBITDA growth in Q1, despite the impact of COVID-19, according to its latest earnings report. Glen LeBlanc, Chief Financial Officer for BCE and Bell Canada said the company remains in a solid financial position with $3.2 billion of liquidity, a strong balance sheet, continued access to capital markets, and a free cash flow profile more than adequate to meet BCE’s cash requirements for the balance of the year. BCE operating revenue was $5,680 million, down 0.9% compared to Q1 2019, due to reduced economic and commercial activity. Net earnings declined 7.3% to $733 million and net earnings attributable to shareholders totalled $680 million, or $0.75 per share, down 8.1% and 8.5% respectively. Adjusted EBITDA increased 1.4% to $2,442 million, driven by increases of 4.0% at Bell Wireless and 0.5% at Bell Wireline. Bell Media adjusted EBITDA was down 6.1% due to the industry-wide impact on ad sales attributable to COVID-19, however Media operating revenue increased 0.9% to $752 million on higher subscriber revenue from Crave and contract renewals with TV distributors.  BCE reported 19,595 net new wireless customers (23,650 postpaid and a net loss of 4,055 prepaid); 22,595 net new retail Internet customers; 2,852 net new IPTV customers; a net loss of 21,407 retail satellite TV customers; and a net loss of 61,595 retail residential NAS lines.

TELUS has released its unaudited results for the first quarter of 2020. For the quarter, consolidated operating revenue of $3.7 billion increased by 5.4% over the same period a year ago. For the quarter, net income of $353 million decreased by 19% over the same period last year and Basic earnings per share (EPS) of $0.28 decreased by 22% as EBITDA growth was more than offset by higher depreciation and amortization due to growth in capital assets from recent acquisitions, including CCC (Competence Call Center) and ADT Canada, as well as ongoing investments to support expansion of the company’s broadband footprint. In the quarter, TELUS added 119,000 new wireless, internet, TV and security customers, up 14,000 over the same quarter a year ago. Net additions included 21,000 mobile phones, 49,000 mobile connected devices, as well as 26,000 internet, 8,000 TV and 15,000 security customers. As a by-product of the COVID-19 pandemic, subscriber growth in the final weeks of March was lower as customers reduced their usual shopping habits and a significant number of physical sales channels were closed, resulting in a decrease in both gross additions as well as customer churn. TVA Group recorded operating revenues in the amount of $137.1 million in the first quarter of 2020, a year-over-year increase of $3.0 million. First quarter operating highlights included $3,829,000 in adjusted EBITDA in the Broadcasting segment, a $1,349,000 (54.4%) favourable variance due primarily to the increase in adjusted EBITDA for specialty channels, in particular TVA Sports, where the costs reflect a significant decrease of sporting events broadcast on the channel, partially offset by the increase in negative adjusted EBITDA for TVA Network. $3,172,000 in adjusted EBITDA was recorded in the Film Production & Audiovisual Services (“MELS”) segment, a $3,066,000 favourable variance due to increased profitability of soundstage, mobile and equipment rental services. $667,000 in adjusted EBITDA was recorded in the Production & Distribution segment. TVA Group’s total market share increased by 2.1 points to 40.4% in Q1. TVA Network grew its share by 1.1 points while the specialty channels’ share increased 1.0 points as a result of strong 2.2-point growth at LCN, which peaked at a 6.9% share. The Commission for Complaints for Telecom-Television Services (CCTS) has issued its Mid-Year Report for 2019-20, reporting that complaints were down 12% between Aug. 1, 2019 and Jan. 31, 2020. Cogeco and Bell largely contributed to the decline, with Cogeco recording a 75% decrease while Bell recorded a 26% reduction. TELUS also saw a 7% decline. Fido (+29%) and Rogers (+6%) complaints increased. The most complained-about consumer problems were “Disclosure issues” and “incorrect charges,” making up 26% of all reported issues. The Canadian Internet Registration Authority (CIRA) has released data highlighting significant differences in internet speeds experienced by rural and urban Canadians. The data was generated by CIRA’s Internet Performance Test and submitted as part of the CRTC consultation on barriers to rural broadband deployment. CIRA says in April, rural download speeds were nearly 12 times slower than those enjoyed by urban Canadians and that since the COVID-19 pandemic began, internet speeds have fallen for rural users and increased for urban users, effectively widening Canada’s digital divide. CIRA says April median rural download speeds were measured at 3.78 Mbps, compared to 44.09 Mbps in urban Canada – a difference of 11.7 times. Since the COVID-19 pandemic began, median speeds have fallen for rural users from typically 4 to 7 Mbps to 3.78 Mbps. Urban speeds climbed to an annual high of 44.09 Mbps last month. The data is based on testing data generated between May 2019 and April 2020 from a total of 86,706 urban tests and 31,734 rural tests. SaskTel has announced it will invest approximately $324 million in Saskatchewan in 2020-21 and over $1.4 billion over the next five years. Highlights of the investment program include $73.0 million for the Fibre to the x (FTTx) program with upgrades to infiNET, SaskTel’s fibre optics network. The program aims to pass 100% of the homes in the nine major centres by the end of the 2022/23 fiscal year. In addition, SaskTel anticipates that 100% of the homes will be passed in Emerald Park, Humboldt, Martensville, Melfort, Melville, Nipawin, Tisdale, Warman, and White City by the end of fiscal 2021/22. In 2020/21, the FTTx program is forecast to pass approximately 33,000 homes while connecting 21,000.