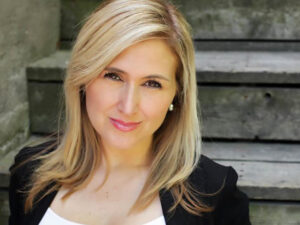 Corus Entertainment has suspended highly-rated Q107 (CILQ-FM) Toronto morning show Derringer in the Morning, following a gender discrimination complaint filed with the Canadian Human Rights Commission by former co-host Jennifer Valentyne. Over the weekend, Valentyne posted a 13-minute video to her social media channels detailing a toxic work culture during her time with the show from early 2017 to 2019, that included enduring vape smoking by her co-hosts in an unventilated space, and a general lack of respect. The veteran Toronto media personality alleges that after developing a persistent cough, losing her voice, and despite numerous complaints – including discussing the situation with company CEO Doug Murphy – Corus chose to shuffle her out of the radio show and into a television role with Global News that she had previously been told she “wasn’t a good fit for.” She was part of layoffs at the network a little more than a year later. Corus says based on new information that’s come to light about the conduct of the Derringer in the Morning team, the show will be on hiatus pending an external investigation. Following Valentyne coming forward, former Q107 staffers like Jacqui Delaney, Andrea Rooz, and Raina Douris took to social media to relate their own experiences, as outlined by media blogger and podcaster Toronto Mike. Read more here.

OPINION: What might a Derringer in the Morning exit mean for Q107? Broadcast Dialogue contributor David Bray writes that at Q107, the format is the star. He breaks down the show’s ratings, musing that it’s rare for listeners to abandon a station based solely on talent. Read more here. The Canadian Broadcast Standards Council (CBSC) has found that the 95.7 CRUZ FM (CKEA-FM) Edmonton morning violated the Canadian Association of Broadcasters (CAB) Code of Ethics by disclosing a private individual’s COVID-19 vaccination status. During the Feb. 10 broadcast of #THELOCKERROOM, hosts Lochlin Cross, Grant Johnson and James White discussed their reactions to the lifting of pandemic restrictions. Cross said he was reluctant to go to a Super Bowl party where he knew one of his unvaccinated friends would be in attendance. He first mentioned the person by last name and, later in the conversation, referred to him by his nickname which includes his full first name. The hosts also joked that the person was a good friend to have “because he would help you bury a body.” The complaint to the CBSC was initiated by the friend who objected to his vaccination status being revealed on air, and was deeply embarrassed by any inference to his involvement with criminal activity. Read more here.

Terry DiMonte and Ted Bird are reuniting on terrestrial radio, helming a new Saturday morning show on Evanov’s Lite 106.7 FM (CHSV-FM) Hudson/Saint-Lazare. A year to the day DiMonte signed off from CHOM 97.7 Montreal, Saturday Morning with Terry and Ted will debut on May 28 at 9 a.m. Evanov says the show will feature “three hours of lite favourites and the trademark camaraderie that defined Terry DiMonte and Ted Bird during a 20-year run at the pinnacle of Montreal morning radio.” The duo initially started working together, co-hosting mornings at CHOM 97.7, in May 1988 until DiMonte left for Calgary’s Q107 (CFGQ-FM) in 2008. Bird has been Lite 106.7 FM’s only morning man since the station signed on in 2015, while DiMonte is now living in B.C. in semi-retirement. After 14 years apart professionally, DiMonte and Bird first reunited last fall with the September launch of their podcast, Standing By: The Terry & Ted Podcast. Read more here. 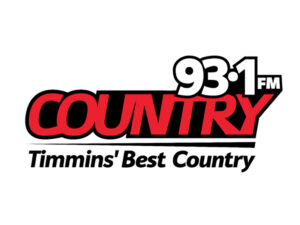 Vista Radio introduced Country 93.1, Timmins’ Best Country at 8 a.m. Friday morning, marking a return of the Country format to the city for the first time in 16 years. A rebrand of 93.1 The Moose (CHMT-FM, the format debuted with “Play Something Country” by Brooks & Dunn, chosen as a nod to all the listener requests over the last 16 years to “play something country.” CHMT-FM was first launched in 2001 by Haliburton Broadcasting with an Adult Contemporary format as Mix 93. Around the same time, local country station CKGB transitioned to FM and also flipped from Country to AC. CHMT-FM initially played one country song an hour to appease listeners, and within the year was playing all-country. The station dropped the format in 2006 when The Moose FM format was born, playing “Timmins’ Biggest Variety.” Vista acquired 93.1 The Moose in 2012 and in 2020 tweaked the format again, evolving into a Classic Hits station. Read more here.

K-97 (CIRK-FM) Edmonton has temporarily rebranded as Konnor 97, in honour of Edmonton Oilers Captain Connor McDavid, who wears the same number. The Stingray station made the switch on May 20 and will carry the branding as long as the Oilers are playing the Calgary Flames in the current “Battle of Alberta” and into the playoffs if the hometown team advances. Morning show co-host Terry Evans says “it only seems fitting that we go the distance and let the entire team know that we’re 100% behind them.”

CFCN/CKMX Calgary quietly celebrated 100 years last week. CKMX was first licensed under the CFCN call sign to W. W. Grant Radio, Ltd. in May 1922. In 1947, CFCN moved to its current AM frequency at 1060 kHz. The call letters were changed to CKMX in 1994 when Maclean-Hunter sold the station to Standard Broadcasting. Over the years, it has carried formats from Hot AC to Alternative Rock and Country. When Astral Media was acquired by Bell Media in 2013, Bell flipped the station from classic country to current all-comedy format, Funny 1060. 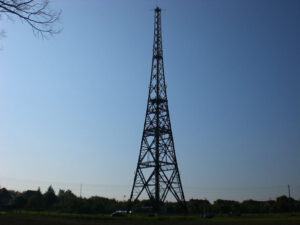 Innovation, Science & Economic Development (ISED) has rescinded the broadcast licence for CJNY 106.3 Vancouver. Not-for-profit Northern Native Broadcasting has turned in the licence for the 9,000 watt station. It was one of five approved by the CRTC in 2017 to serve the Indigenous community. 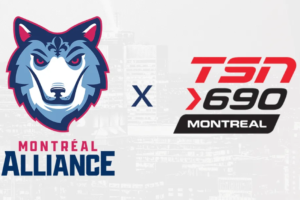 The Montréal Alliance is partnering with TSN 690 (CKGM-AM) for the broadcast of 18 regular season games during the 2022 season of the Canadian Elite Basketball League (CEBL) expansion team. The inaugural broadcast team will consist of TSN 690 commentator Moe Khan, former Canadian National team member Dwight Walton, and former McGill University women’s basketball player Gabriela Hebert. The games will also be available for live streaming via iHeartRadio.ca, TSN.ca, and the iHeartRadio and TSN apps.

Anthem Entertainment has announced first-of-its-kind audio/visual music-focused broadcast and podcast series Real Country Livin’, in partnership with SiriusXM Canada. Set to premiere May 28, the series will showcase country artists and songwriters as they each share their own Real Country Livin’ story – defining what that means to them. With Gord Bamford as host, the series will launch with six themed episodes including Entertainin’, Fishin’, Farmin’, Givin’, Boatin’, and Drinkin’ that help guide the narrative as Bamford introduces audiences to his family and friends and their way of life. Each episode will feature some of Bamford’s greatest hits along with new original songs off of Diamonds In A Whiskey Glass. The podcast will also include interviews with many of Bamford’s celebrity friends including country superstar Terri Clark, NHL defenceman Brent Burns, and others. 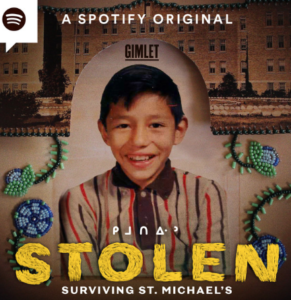 Connie Walker’s latest podcast for Gimlet, Stolen: Surviving St. Michael’s, looks into Walker’s very personal connection to St. Michael’s Indian Residential School in Duck Lake, SK, one of the longest-operating residential schools in the country which only closed in 1996. The podcast, which kicks off with inaugural episode, The Police Officer and the Priest, was prompted by a family story of her RCMP Special Constable father coming face to face with a former priest who abused him at St. Michael’s during a drunk driving stop.

Apple Music is integrating with Waze, so drivers can keep their eyes on the road. With a direct connection between the apps, drivers can now access Apple Music content directly from the Waze Audio Player.

LISTEN: On the latest Sound Off Podcast, Matt Cundill speaks with former Calgary, Winnipeg and Edmonton radio personality Jeff Walker, who has turned his voice and experience into a podcast all about Las Vegas. The Jeff Does Vegas podcast gives listeners a comprehensive guide to the city he fell in love with, from trip reports to restaurant reviews and attraction recommendations. Listen on your favourite podcast app or here:

Momentum Music Research takes online music research to the next level with an outlier bias eliminator for more robust samples; innovative pop scores to better evaluate song potential; and a hit detective to help you get the right songs into the right categories! Reach out for our Zoom demo.