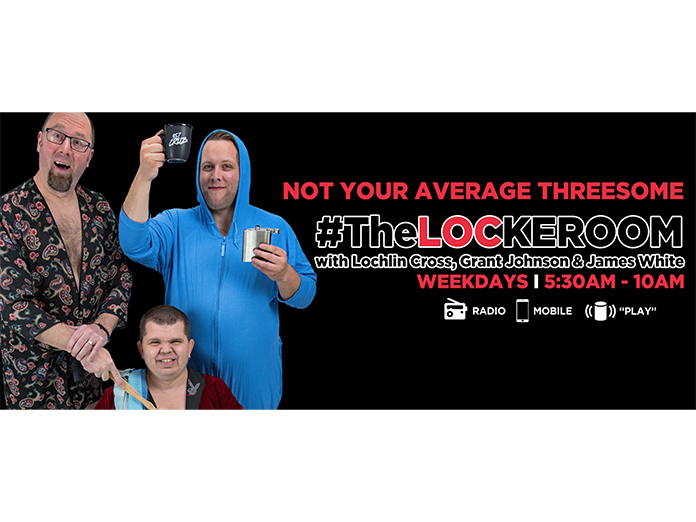 During the Feb. 10 broadcast of #THELOCKERROOM, hosts Lochlin Cross, Grant Johnson and James White discussed their reactions to the lifting of pandemic restrictions and invited call-in. Cross said he was reluctant to go to a Super Bowl party where he knew one of his unvaccinated friends would be in attendance. He first mentioned the person by last name and, later in the conversation, referred to him by his nickname which includes his full first name. The hosts also joked that the person was a good friend to have “because he would help you bury a body.”

The complaint to the CBSC was initiated by the friend who objected to his vaccination status being revealed on air, and was deeply embarrassed to any inference to his involvement with criminal activity.

“Not only does Lochlin have the audacity to mention my private medical information on air, but he also refers to me as the friend that you could go to if you needed a body hidden,” wrote the complainant. “Grant then joins in and talks about how I mentioned how you could burn a car and start a fire with a chip bag – both of these statements are a direct defamation to my character. This is not the first time they have referred to me as someone they could go to if they needed a body hidden – it has been mentioned on several shows. In the past, I have expressed my concerns to Lochlin about not mentioning these kinds of derogatory things about me on the air and he said he wouldn’t but here we are, yet again.”

“Mentioning my vaccination status is the straw that broke the camel’s back – he crossed the line with this one. After that show, I had friends, family and work acquaintances call me to tell me they had heard the show on the way to work – this has caused me huge embarrassment,” he continued.

The CBSC’s English-Language Panel unanimously concluded that the broadcast of the man’s identity, along with his COVID vaccination status without his consent, breached both code provisions in revealing confidential medical information with the use of his full name  unnecessary for the discussion. The majority of the Panel also found that it was also inappropriate to suggest that the identified person would engage in criminal activity, even if the comments were made in jest.

CKEA-FM is required to air the decision once during peak listening hours, within three days of its release, and once more within seven days during the time period in which #THELOCKERROOM is broadcast.