The Ontario Association of Broadcasters (OAB) Connection 2019 conference gets underway today. Among the new additions to this year’s programming schedule are a Production Super Session featuring Justin Dove of Core Image Studio; STAXX, head of imaging for iHeartRadio in New York; and Ron Tarrant, former sound designer and voice of the Howard Stern Show, who is now director of Reelworld Productions “Red.” Can’t get all your creative/production staff to Toronto? The three-hour session will be available to OAB member stations live, via web-stream. Find the conference lineup here. BCE has released its Q3 results, reporting adjusted EBITDA up 5.6% on strong year-over-year growth at all Bell operating segments, driven by 1.8% higher revenue and IFRS 16 impact. Net earnings grew 6.3% to $922 million. Wireless net additions for the quarter were 204,067, up 14.8%, combined with ABPU growth of approximately 1% and a reduction in postpaid churn to 1.12%, delivering stronger wireless revenue growth of 3.5% and 7.9% higher adjusted EBITDA. Total adds for the quarter amounted to 293,950 across wireless, retail internet and IPTV, up 8.4%. Bell Media operating revenue increased 2.7% in Q3 to $751 million, driven by higher revenue from Crave subscriber base growth over the past year. Advertising revenue was down year-over-year due to the non-recurrence of revenues generated in Q3 2018 from the FIFA World Cup Soccer broadcast. Excluding the World Cup, ad revenue was up over Q3 2018, driven by stronger conventional TV performance, including benefits from federal election coverage, and increases at specialty TV news service CP24 and Astral out of home. Media adjusted EBITDA increased 24.2% to $226 million, due to higher revenue and a 4.4% reduction in operating costs. Cogeco’s Q4 revenue increased by 3.1% year-over-year to reach $583.7 million, mainly driven by 7.0% growth in its American broadband services segment, resulting from rate increases, the activation of bulk properties in Florida during the fourth quarter, the continued growth in internet service customers, as well as the acquisition of the south Florida fibre network previously owned by FiberLight, LLC in Oct. 2018. Canadian broadband services revenue remained stable as a result of rate increases and growth in internet and commercial services, partially offset by decreases in video and telephony services customers compared to the same quarter of the prior year. TVA Group recorded Q3 operating revenues in the amount of $125.6 million in the third quarter of 2019, a year-over-year decrease of $1.8 million. Net income attributable to shareholders was $13.4 million for earnings of $0.31 per share, compared with net income attributable to shareholders of $14.1 million for earnings of $0.33 per share in the same quarter of 2018. Third quarter operating highlights included $21,458,000 in adjusted EBITDA in the Broadcasting segment, up $4,534,000, mainly attributable to the acquisition of the Évasion and Zeste channels and a 25.0% increase in the adjusted EBITDA of other specialty channels, including a 13.6% increase at TVA Sports. $6,482,000 in adjusted EBITDA was recorded in the Film Production & Audiovisual Services segment, down $2,607,000 due to a decrease in adjusted EBITDA from soundstage, mobile and equipment rentals, and a decrease in adjusted EBITDA from post-production, due to cyclical demand, partially offset by the improved profitability of visual effects, which registered increased volume. The Montreal Economic Institute (MEI) has prepared a research paper calling for an end to what it says is CRTC overregulation of the telecom sector and penalized infrastructure investments. Entitled Permissionless Innovation: For an End to the Presumption of Regulation in Telecommunications, the report was prepared by Gaël Campan, Senior Associate Researcher at the MEI, in collaboration with Daniel Dufort, Director of External Affairs. The paper, which invites the CRTC to rescind the telecom exception and reintegrate the sector under the general competition regime, is available on MEI’s website.

LISTEN: The Canadian Broadcast Standards Council, the independent organization that establishes standards for private Canadian broadcasters, is seeking a younger perspective. On the latest episode of Broadcast Dialogue – The Podcast, we talk to chair Sylvie Courtemanche about the need for younger adjudicators, what Canadians are complaining about, and the new standard for closed captioning in Canada. Listen on your favourite podcast app or here: 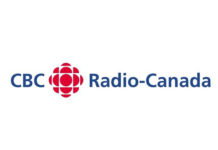 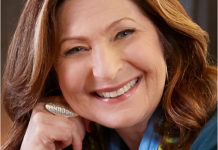