The CRTC has imposed a $194,330 penalty on Ontario Consumers Home Services (also known as Simply Comfort) and a $69,000 penalty on Blue Dream for violating the Unsolicited Telecommunications Rules. The commission says between Dec. 2016 and Feb. 2017, Ontario Consumers Home Services committed more than a million violations, making over 96,000 unsolicited calls to Canadians whose numbers were on the National Do Not Call List (DNCL), some of which were outside of the permitted hours. The company also failed to subscribe to the list. For its part, between Sept. 2016 and July 2018, Blue Dream sent telemarketing faxes to consumers who had registered their numbers on the National DNCL or had asked the company to add their numbers on its internal do-not-call list. Moreover, the company failed to subscribe to the National DNCL for all the area codes that it contacted for telemarketing purposes. This is the second time the CRTC has imposed a penalty to Blue Dream for non-compliant telemarketing faxes. CBC Ombudsman Jack Nagler says there was no violation of policy in CBC running a Neil Macdonald opinion piece entitled “Why is conservative politics such a natural home for white supremacists?” in an election year. Reader Chris Orescan complained the Apr. 16 article was unfair to conservative politicians, and accused the public broadcaster of manipulating voters’ perceptions in the months ahead of the federal election. In his review, Nagler writes: “Your fundamental critique is that the column manipulates readers by focusing only on the challenge facing one side of the political spectrum. Was it fair to concentrate on one party (or, more precisely, one part of the political spectrum)? In my view, it was. The journalistic issue that was raised was not whether every party’s membership list passes some sort of purity test for tolerance, but whether – and why – one side of the political debate is more attractive to people who embrace white supremacy…The broader concern you expressed is that this type of column should not have been written in an election year. I find that too restrictive a notion – the dissemination of strong viewpoints is no less constructive in an election year than at any other time. However, the obligation for balance and fairness in the coverage is even more critical than usual. I would urge CBC programmers to be ultrasensitive to the balance question between now and October 21st, the date of the federal election.” CBC/Radio-Canada has joined the Trusted News Charter, a BBC-led initiative to strengthen measures to protect audiences from disinformation. The Charter is the result of the June 2019 Trusted News Summit and includes a commitment to collaborate on source authentication, civic information, and media education. Other recently-announced partners include Google, Facebook, Microsoft, Twitter, AFP, Reuters, Financial Times, Wall Street Journal, and the European Broadcasting Union. The 2019 Jack Webster Awards, recognizing excellence in journalism in B.C., have been announced. The awards, in 13 categories, cover print, radio, television and online media. Find the full list of nominees here. The winners will be announced at a Nov. 7 awards dinner to be held at the Hyatt Regency in Vancouver. The 2019 Bruce Hutchison Lifetime Achievement Award and the 2019 Bill Good Award will also be presented. Nahlah Ayed, longtime CBC foreign correspondent and the current host and producer of CBC Radio’s Ideas, will be featured in an armchair chat at the event. The Ontario Association of Broadcasters (OAB) is inviting member stations to enter their best station and staff work to be considered for one of four OAB Awards: the Best In Class Sales Award – recognizing an individual salesperson who speaks to the needs and wishes of a new client with a successful radio campaign (new to them or new to radio); the Creative Award – presented to the writer/producer who creates the best 30 or 60 radio ad that inspires action, evokes emotion and produces results for the client; the Community Service Campaign(s) Award – presented to the station for outstanding contributions to worthwhile organizations in its community; and the Promotion Award – awarded to the station that best promotes itself, judged on originality, station benefit, goals achieved and impact in the community. The entry deadline is Oct. 18.

The Ontario Association of Broadcasters has announced that Mike McVay of McVay Media will close this year’s Connection 2019 conference, Nov. 7, discussing Mistakes Made…Lessons Learned…Fighting back from Bankruptcy while improving Ratings and Revenue. Formerly head of programming for Cumulus Media and the Westwood One Radio Network, McVay will talk about how Cumulus turned around under CEO Mary Berner, growing ratings every month for nearly three years and how the company continues to be a leading content provider. More info on this year’s conference, here. Carleton University is now accepting applications to the R. James Travers Foreign Corresponding Fellowship for a project to be completed in 2020. The application deadline is Oct. 28. The fund was established to provide an annual award of $25,000 to cover travel, reporting and research expenses and a stipend for a journalist.  Last year’s recipients, Sara Mojtehedzadeh, a labour reporter with the Toronto Star, and Melissa Renwick, an independent documentary photographer, are using the fellowship to take a close look at Canada’s migrant worker program, told from the vantage point of family members left behind in Mexico. The fellowship commemorates the career and ideals of Jim Travers – reporter, foreign correspondent, general manager for Southam News, editor of The Ottawa Citizen, executive managing editor of the Toronto Star and national columnist for the Star at the time of his death in 2011. More info here. 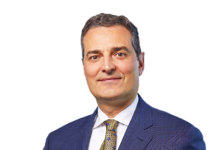