Increased activity in the Canadian podcasting space shows promise of closing the monetization gap, according to the 2019 Canadian Podcast Listener (CPL) survey. Presented at last week’s RAIN Summit in Toronto, Jeff Vidler of Audience Insights Inc. – one of the study’s authors, says Canada is following global trends as the medium matures. With podcast ad revenue in the U.S. rising from $106 million in 2015 and projected to reach $863 million by 2020, Vidler says podcasting in Canada is also poised for steep growth in ad returns, albeit on a smaller scale. Among other findings, the survey reveals that podcast listening in Canada is only growing incrementally. While nearly 11 million adults (37% of the 18+ population) have listened in the past year, up from 35.9%, weekly listening went down slightly from 17.9% to 17.2%. Read more here. The North Central Health Care Foundation Radiothon on Saskatchewan’s New Beach Radio (CKJH-AM) and 105 CJVR Melfort, SK, raised over $54,000 on Oct. 18. The funds will go toward the purchase of a new infant incubator. The 2nd Annual Fairchild Radio Animal Well-being Awareness Week took place across the multicultural network from Oct. 5-11. Fairchild Radio aired special programming in Vancouver (AM1470 & FM96.1), Calgary (FM94.7) and Toronto (AM1430 & FM88.9) promoting the protection of animal rights. Each station also created on-site or online events to raise funds for animal welfare organizations in their respective cities. Among those events, Vancouver staff raised over $2,800 at a charity sale benefitting the BC SPCA; while the Calgary station teamed up with Alberta Animal Rescue Crew Society (AARCS) and PALS (Pet Access League Society). Fairchild Toronto saw 22 of the stations’ pet-owning DJs share stories about their pets. Bayshore Broadcasting’s 98 The Beach (CFPS-FM) Port Elgin was part of the local media push in support of the Lamont Sports Park, Saugeen Shores, which won the 2019 Kraft Heinz Project Play grant, sponsored by Kraft Heinz and TSN. The $250,000 award will help build an accessible playground, accessible trails and sports fields. 98 The Beach produced a number of promotional spots, including some voiced by local dignitaries, that were logged in high rotation in the days leading up to the 48-hour vote and over voting weekend. Announcers dropped most other commentary to focus on stirring up excitement in the community. During voting weekend, 98 The Beach also broadcast live from The Plex Rotary Hall.

Canada’s Walk of Fame has announced that multi-platinum, singer-songwriter Alessia Cara will receive the 2019 Allan Slaight Music Impact Honour at the Canada’s Walk of Fame Awards Show on Nov. 23.  Music Impact has been added to this distinction (formerly known as the Allan Slaight Honour) to shine a greater light on a Canadian artist who has had a significant music influence within Canada, and whose career in the music industry has been further recognized around the world. SiriusXM and Marvel have struck a multi-year agreement that will see the legacy superhero brand create exclusive podcasts for SiriusXM and Pandora. The deal encompasses both scripted and unscripted series and themed live events. The first offerings will launch in 2020. SiriusXM and Pandora, the U.S. audio streaming service SiriusXM acquired in February, will also debut many of Marvel’s most popular podcasts before they’re heard anywhere else. Read more here.

FEATURE: On Benztown CEO Andy Sannemann’s latest blog, he profiles one of the imaging house’s own, Matt Anderson, Director of Custom Imaging. Read their conversation on Anderson’s struggle to embrace Pro Tools and how he’s learned to take production cues from hip hop by “honing in on the flow.” Read more here. 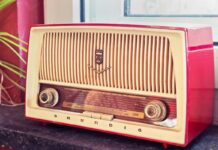 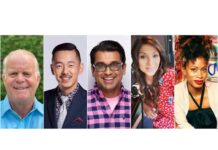 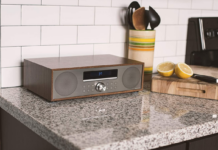