Doug Crosley, 83, on Mar. 22, in Oshawa. Crosley grew up in Oshawa and began singing as a child in Sunday school. While working at the local General Motors plant, he won a talent show, and by the late 1950s began appearing on television variety programs like CBC’s Juliette. He moved to Winnipeg in 1961 to host CBC variety show Swingalong. Following an appearance on the Bell Telephone Hour in New York City, Crosley was signed to RCA Victor and recorded his first album, A New Star In Town. Appearances on The Tonight Show with Johnny Carson, The Mike Douglas Show and The Merv Griffin Show followed. He also appeared as himself in several episodes of Mister Rogers. Crosley went on to host his own Saturday evening variety program The Doug Crosley Show on CBC in 1973. He also served as host for the 1980-81 season of Stars on Ice.

Michael G. Wilmot, 66, on Mar. 30, after a battle with cancer. Raised in Napanee and after attending high school in Sarnia, Wilmot started in radio in the late 1970s at CKOX Woodstock and then CKGB Timmins. He returned to Sarnia and CKJD in 1978 where he stayed until 1986, when he took a job with CFPL 980 London. Wilmot left radio in 1994, discovering a love of theatre that was sparked after getting dragged to an audition to act as moral support for a friend. He went on to write six full-length plays, four of which were produced professionally. Mainly writing in the field of comedy, his credits included freelance writing for Jay Leno’s Tonight Show monologue and for Kevin Nealon during his stint as the host of Saturday Night Live’s Weekend Update. His work has been performed across the U.S. and Canada, Russia,  Australia, Romania, Panama. His short play “Nancy” was published by Playwrights Canada Press in their short play anthology “Long Story Short.” Wilmot parlayed his love of theatre into a business in the late 1990s called Interactions Reality Based Training, which provided professional actors for training scenarios to enhance the realism. 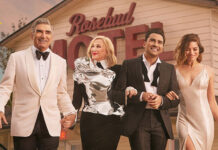