“We have always looked for creative and meaningful ways to connect with causes that matter to our audiences, including International Women’s Day in the past,” Kaye told Broadcast Dialogue. “This year we wanted to mark IWD with something special, and therefore we rebranded to JILL for the day.  It’s a day celebrating the great female artists that JACK plays – 100 per cent female vocalists and bands for 24 hours.”

“Putting something together like this takes a lot of collaboration, effort and communication. Listening to our JACK stations today I am proud of the work our team put into this project and for promoting such an important message in a meaningful way,” added Kaye.

Julie Adam, the senior vice-president of Rogers Radio, is among just nine per cent of women holding executive leadership positions in the ICT (Information and Communication Technologies) field in Canada, according to the latest Women in Communications and Technology (WCT) #UpTheNumbers Report. Adam said the JILL rebrand reinforces Rogers’ commitment to promote diversity in leadership.

“The JILL rebrand showcases how important inclusion and diversity, including women in leadership roles, is to creating exciting, new ideas for our listeners. Rogers Radio values mentorship, training and development opportunities to support and foster all leaders across our team,” said Adam.

Women still have a ways to go to gain equal footing in the radio industry, particularly when it comes to programming roles, according to the most recent stats out of the U.S.

Each year, the Mentoring and Inspiring Women in Radio group looks at the number of women in radio broadcasting who are rising to the ranks of management. Data gathered for their annual MIW Group Gender Analysis Study specifically tracks the progress of female professionals holding general manager, sales manager and program director positions.

PrecisionTrak analyzed data for 11,225 AM and FM radio stations across the U.S. in December, finding that 19.05 per cent (2,081 stations) had women holding the general manager position in 2018.  That’s an increase of almost a total percentage point from 2017, which was 18.1 per cent. Notably, the number of women moving into GM roles has seen consistent growth from 2004, when the percentage was just 14.9 per cent.

The study indicates the best management opportunities for women in radio continue to be in sales management. 32.6 per cent (3,481 stations) had a female sales manager in 2018, with that number up slightly from 31.9 per cent in 2017.

The role of program director continues to be the biggest challenge for women to get into. Women currently program only 10.6 per cent or 1,139 radio stations – a percentage that’s basically remained flat for the last 12 years.

On the television side, a Women’s Media Center investigation of who provides coverage for 28 top U.S. news outlets found that male journalists continue to report most news, especially for wire services and TV prime-time evening broadcasts.

Women are quoted three times less than men in Canadian news stories, according to Informed Opinions, a project of Media Action – a not-for-profit that aims to boost representation of women and girls in the media. It’s new tool, the Gender Gap tracker, has been mining data since August from online news sources like CTV, CBC News, Global, HuffPost and the National Post, among others. The Financial Times implemented a similar tool last year after finding it was over-quoting men, with only 21 per cent of its sources women.

May we celebrate how far we’ve come, and continue to demand a seat at the table. May we lift each other up, higher than ourselves. May we raise daughters and sons who see the playing field as level. May she see what she can be.
Happy International Women’s Day, everyone!#IWD2019 pic.twitter.com/hiQ14qPEGf

We’re dedicated to increasing the representation of women in front of and behind the camera. Women now direct 50% or more of all episodes of 15 CBC series 👏 #InternationalWomensDay pic.twitter.com/e60xmE8FpF

last night was talking to my sister and we ended up asking the question:

and i don’t know the answer but it’s a question i wish didn’t ever have to be asked. #IWD2019

Let us push beyond platitudes and call for systemic change. If you’re wondering what that looks like, ask your employer what their equal pay policy is and to release their internal data on pay by gender and race.

Today is #InternationalWomensDay!@JennValentyne, @liemvu & @AntonyRobart reflect on the women who inspire them most.
Tell us about the women in your life that inspire you!#IWD2019 pic.twitter.com/4kNTIX6vY3

We can’t let #InternationalWomensDay go by without a shout out to our all-fierce, all-female production teams. In fact, we can’t think of any of our podcasts without either a woman at the helm or on the team. The future is now.#IWD2019 pic.twitter.com/8FWjeeYRu4

Happy International Women’s Day from some of the many wonderful women of Corus!! 🤘 #InternationalWomensDay19 pic.twitter.com/qGuJhmXcch

We’re a small but wild team. Meaningful contributions that are deeply appreciated everyday. Today, I want to highlight the women who make these shows rad!. Longtime pal @VanessaHeins sets the look, We’ve been doing this together for over a decade.#InternationalWomensDay #IWD2019 pic.twitter.com/r90pDfxgbn

As #GingerSpice said: When I came out my mothers womb I screamed GIRL POWER! ✌🏻 #IWD2019 👭 pic.twitter.com/UM4BjdcYeL

Happy #InternationalWomensDay to all, but especially
to @MissyElliott and @JudgeJudy .

One of Canada’s most beloved radio personalities, @ErinDavis: “The most important thing I’ve learned is having the strength to be vulnerable.” #SheInspiresMehttps://t.co/3T0jYKtq68

Bravo to all Warrior Women on INT’L Women’s Day! My shout out to @Sarahmclachlan . Women Who Rock: Women In The Music Industry Pick Their Inspiring Heroines – That Eric Alper https://t.co/g75svz76uu

💪💪💪Happy International Women’s day to all of the women working at Global Halifax & Global New Brunswick in-front of the camera & behind the scenes, we wouldn’t be able to do the show without you! https://t.co/ELxC9Fvzyv

For #InternationalWomensDay, get some of Canada’s killer radio ladies in your life.

And that’s a VERY small sample of the killer talent out there!

Happy #InternationalWomensDay to all the women who have mentored me in life, taught me that my brains and my tenacity are assets, and that I’m deserving of success. And for teaching me that achieving your goals is best done when you prop up the other women around you.

On #IWD2019 — we thought we’d share just a few of the incredible women who we’ve been very lucky to have on our show over the past little while.

Happy #InternationalWomansDay from the crew at CTV Morning Live! pic.twitter.com/lxjN19kaCP

Happy International Women’s Day! ✨ Today we celebrate the voices, strength, and spirit of all women, non-binary, gender fluid, trans and two spirit women. We are stronger and better together. All our relations! ❤️💛🖤 https://t.co/WSTHQVIrm0 #IWD2019 #Indigenous pic.twitter.com/C2KPQmmlkm 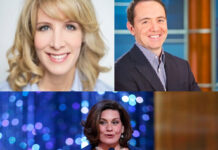 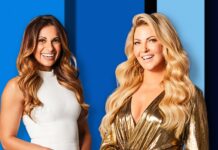 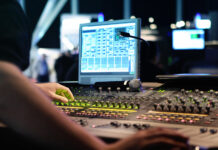