The Supreme Court of Canada (SCOC) has quashed a CRTC order that has prohibited simultaneous substitution of American ads during the Super Bowl since 2017. In a nine to two judgement in favour of Bell, which holds the Canadian broadcast rights, the SCOC found that the simsub ban order was issued “on the basis of an incorrect interpretation by the CRTC of the scope of its authority under section 9(1)(h) of the Broadcasting Act.” Bell Media blamed the ruling for a 39% decline in audience for the game in 2017 and a drop of $11 million in ad revenue. Read more here.

The CRTC has ruled that Bell “conferred an undue preference” on its discretionary sports service RDS and subjected Quebecor-owned TVA Sports to “an undue disadvantage” by packaging the two services in a different manner. The ruling is in reference to a March complaint from Quebecor after Bell included RDS in its “Bon” TV package, but excluded TVA Sports from the same bundle. The commission has directed Bell to include TVA Sports in the same offering as RDS, no later than Feb. 5. The CRTC also sided with Quebecor in a separate decision over a complaint from Bell that saw Videotron remove Bell’s Super Écran from its premium channel selection. In that case however, the commission decided Videotron did not give its own Club Illico channel undue preference. The CRTC said there was limited data to determine if the change had conclusively impacted subscriptions to Super Écran.

Rogers Communications and the University of Waterloo have struck a three-year, multi-million dollar partnership to advance 5G research in the Toronto-Waterloo tech corridor. The partnership will focus on 5G research in the areas of engineering, network design, applied mathematics and artificial intelligence. Rogers and the university will also build a 5G network on campus that will test network infrastructure, frequencies and applications in a real world Canadian environment. Establishing the first wave of research projects and construction of the smart campus will begin in early 2020.

The Canadian Club of Toronto is presenting Catherine Tait, President and CEO, CBC/Radio-Canada, in conversation with Arlene Dickinson, on Jan. 21. Taking place at the Fairmont Royal York, the theme of the discussion will be “Staking Our Ground: Preserving Canada’s News and Culture in a Digital World.” Learn more here.

The Western Association of Broadcasters (WAB) has announced the feature speakers for its 86th Annual Conference, taking place June 10-11 at Fairmont Banff Springs. This year’s lineup includes Wizard of Ads partner and marketing strategist Johnny Molson; Pierre Bouvard, Chief Insights Officer at Westwood One/Cumulus Radio, who’ll explore future trends relevant to radio and television and how broadcasters can prepare for new opportunities and challenges; and business visionary and author Dr. John Izzo who will share why employees are a company’s greatest competitive advantage and how you can get the best from our workforce. Read more here. The Atlantic Journalism Awards (AJAs) online entry system is now open to accept entries for the 2019 news year. The deadline for submissions is Friday, Feb. 7. Three finalists from each category will be announced in early April. The gold and silver winners will be presented at a gala awards show May 9 at the Halifax Marriott Harbourfront Hotel. Jack Webster Foundation Professional Development Fellowships are open for online applications. Two fellowships will be awarded this year to members of the media to further their journalistic knowledge and skills – either a course offered by the Poynter Institute for Media Studies in Florida, or a self-directed program/project to be considered. One award will be presented to a B.C. born journalist in the name of the late Don Matheson. The other fellowship is open to any B.C. reporter. The application deadline is Feb. 29. 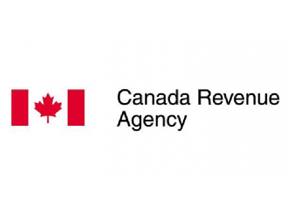 Canada Revenue Agency (CRA) will hold a teleconference for stakeholders to discuss the recently published Guidance on the income tax measures to support journalism. The teleconference will be held on Tuesday, Jan. 14, from 11 a.m to 12 p.m (EDT). Those wishing to participate are asked to register online by 4 p.m. (EDT) on Friday, Jan. 10. Details will be emailed to those registered prior to the teleconference.