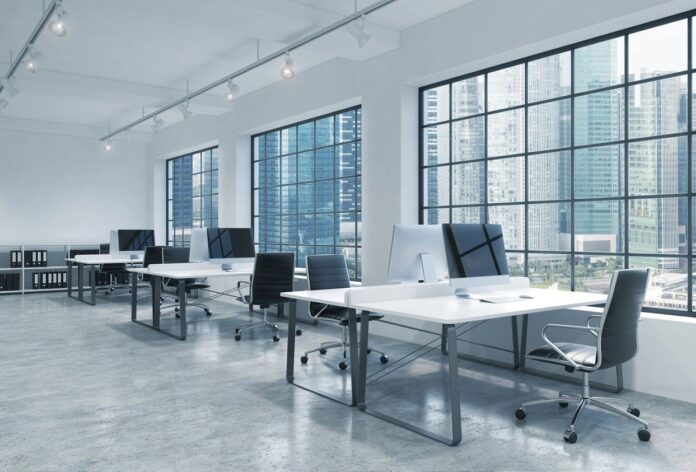 Global News Radio has announced new morning shows across all three of its Ontario AM stations. Greg Brady officially takes over 640 (CFMJ-AM) Toronto mornings with Toronto Today; Good Morning Hamilton with station veteran Rick Zamperin is airing on 900 CHML Hamilton; and The Morning Show with Devon Peacock on CFPL London. CFPL also has a new afternoon drive show, London Live with Mike Stubbs, while newly expanded regional shows include The Bill Kelly Show, airing weekdays on both 980 CFPL and 900 CHML from 9 a.m. to noon; The Alan Carter Radio Program, airing weekdays from noon to 1 p.m. across all three stations, followed by Jeff McArthur from 1 to 3 p.m. weekdays. Read more here.

Althia Raj has joined the Toronto Star where she’ll be contributing political coverage. An Ottawa-based multimedia journalist and member of CBC’s At Issue panel, Raj was previously HuffPost Canada’s senior editorial manager and its Ottawa bureau chief from 2011 until its closure in March. Raj has also worked as a national political reporter for Postmedia, served as Ottawa bureau reporter for QMI/Sun Media, and produced for CTV and CBC Radio.

Chris Johnston, formerly of Sportsnet, has joined Nordstar’s new gaming company. Johnston will be taking a leadership role covering the Toronto Maple Leafs and NHL at large for the new gaming company’s sports betting business. His work will also be syndicated to other publications, including the Toronto Star. Johnston began his career in 2000 at The Canadian Press, moving to join Sportsnet in 2013. He was a frequent contributor to Sportsnet’s TV and radio platforms, in addition to regularly guesting on the “Puck Talks“ live speaker series.

William Lou is joining Sportsnet where he’ll cover the Toronto Raptors across audio and digital platforms. Lou has covered the NBA for Yahoo Sports Canada and theScore, among other sites, and is a co-host of Yahoo Sports’ Raptors Over Everything podcast.

Kelsey Lehman has a new role as Music Director for KiSS 92.5 (CKIS-FM) and National Music Curator for Rogers Sports & Media’s CHR/HOT AC brands. She joins the KiSS 92.5 team from KiSS 91.7 (CHBN-FM) Edmonton where she’s been the Music Director and Assistant Program Director since 2017. She’s been with Rogers since 2015 when she started as KiSS Vancouver’s Music Director.

Shemroy Parkinson has an expanded role as Assistant Content Director in addition to his Executive Producer duties for The Roz and Mocha Show. Parkinson started out at Rogers Sports & Media in 2011 as an intern and has held roles from working on-air evenings and weekends to becoming Technical and Content producer for Roz and Mocha. He was promoted to Executive Producer last year, helping the show expand across the country.

Nikki Balch is out at Montreal’s The Beat 92.5 (CKBE-FM) with Nikki and The Morning Show rebranded as simply The Morning Show. Balch had been with the station since 2016. Claudia Marques, who was formerly co-hosting afternoon drive, joins Mark Bergman and Stuntman Sam, with morning news and traffic reporter Kim Kieran also officially added to the show’s roster.

Frank McGwire and Ray Walker have joined the on-air lineup at Westman Communications’ Q Country 91.5 (CKLQ-FM) Brandon. McGwire, who previously worked for Craig Broadcasting in Brandon, Red Deer and Dauphin, returns to the airwaves in afternoon drive, while Walker will hold down swing, hosting evenings and Weekend Wake-Up. Walker was also a longtime morning host at Craig’s stations in Brandon, as well as Magic 99 (now Bob FM) Winnipeg.

Andrew Murdoch is joining 630 CHED Edmonton as the new Manager of Talk and Talent. Murdoch was most recently Assistant Regional Program Director, B.C. Interior, for Bell Media. In addition to programming, he has a long resume in production with stops at Q104 (CFRQ-FM) Halifax, CHOM/CKGM Montreal and Silk FM (CILK-FM) and Power 104 (CKLZ-FM) Kelowna, among other stations. His first day in Edmonton is Sept. 20.

Christa Dao is leaving Global News Calgary to join Global BC. Dao has been a digital journalist with Global Calgary since 2017. Prior to that, she reported for Global Regina and CFTK-TV Terrace.

Melanie Nagy, the CTV National News B.C. Bureau Chief, has announced she’s on compassionate leave as of this week to care for her mother who is battling cancer. Nagy, who was raised in Kamloops, was with CBC for a decade, prior to joining CTV News in 2012.

So with the support of my @CTVNationalNews family (thank you so much),I am taking compassionate care leave.For friends and family interested in updates-with  mom’s consent- some of the journey will be shared on Instagram@thisispalliative#lovemymom pic.twitter.com/JKn23SGHuy

Jody Vance is joining Al Jazeera English TV as a freelance Canadian correspondent with her first assignment to cover the federal election. Vance was most recently serving as interim host in Lynda Steele’s former time slot on 980 CKNW Vancouver and also freelances for publications including TheOrca.ca.

Annette Clarke is stepping down as Executive Producer of the National Film Board (NFB) Quebec and Atlantic Studio. A veteran Newfoundland producer, she’ll remain with the studio to complete her ongoing projects before retiring at the end of March. John Christou, Director of Production & Operations for the NFB English Program, has been named Interim Executive Producer, effective Sept. 24. Clarke first joined the NFB in 1987 in St. John’s, and in 1989 moved to Montreal to work with Studio D, where she began her producing career. She was later named National Manager for women’s marketing in English Canada before leaving the NFB in 1997 to return to Newfoundland, where she founded Ruby Line Productions. She returned to the NFB in 2003.

Jennifer Holgate has been appointed Director, Cross Media Measurement, at the Association of Canadian Advertisers (ACA), where she’ll drive collaborative implementation of a cross media measurement (CMM) solution in Canada. The World Federation of Advertisers (WFA) is overseeing the development of a common system for global use, called Project Halo, that can be adapted locally, with Holgate to head up implementation in Canada, working with advertisers, agencies, broadcasters, publishers, industry associations, and research providers. Her past positions include Vice President, Marketing Communications and VP, Walmart Media Group at Walmart Canada; VP, Product Innovation at Rogers Media; SVP Digital & Integration at Starcom MediaVest Group and VP, Digital & Broadcast at CanWest Media. She is currently a professor of content strategy at Humber College.

Perry Nyhus has added the title of Business Development Manager, specializing in Agriculture Services, to his responsibilities at Harvard Media. With the company since 1984, Nyhus will be responsible for growing Harvard’s footprint in the ag services sector, in addition to his current media marketing consultant role. Prior to moving into sales in 2010, Nyhus started his career on-air at CJSL Estevan, with stops at CJWW Saskatoon, CKRM Regina, and MX92.1FM Regina.

Jeremy Bradley has signed off from his nationally-syndicated radio show, Top of The Charts, after 15 years with a farewell broadcast in Nashville at the Grand Ole Opry. Over its run, the show has broadcast from events including the American Music Awards, JUNO Awards, and the Canadian Country Music Awards. His guests have ranged from Stevie Wonder and Betty White to Sugar Ray Leonard, Kermit the Frog and Kenny Rogers. Bradley, who is also the author of The Official Guide to Being a Winnipeg Cheapskate, plans to start writing a book this fall recounting stories from his broadcast career. 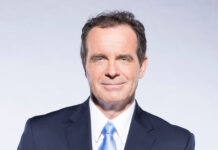 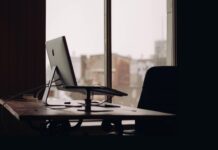