CBC Music has unveiled a chorus of new voices that will helm its classical programming, following the retirement of longtime host and opera tenor Ben Heppner over the Labour Day weekend.

Heppner, 65, leaves the CBC after eight years hosting both Saturday Afternoon At The Opera and Backstage with Ben Heppner. Highlights show Best of Backstage will start airing Saturday, Sept. 11.

“Ben’s sharing of his adventures during his opera career deeply engaged a community of dedicated listeners each weekend. We are grateful for his stories and will greatly miss his telling of them on the CBC airwaves,” said Steve Jordan, Senior Director, CBC Music, in a release. “We are quite excited for audiences to hear how Daniel Bartholomew-Poyser, Marion Newman and Frédéricka Petit-Homme will bring their vast music knowledge and lived experiences to our classical, choral and opera listeners.”

On CBC Radio One, Rosanna Deerchild returns to host Unreserved at a new time, Saturdays at 4 p.m. (4:30 NT), with CBC Music programs Marvin’s Room and Reclaimed also joining the Radio One lineup. 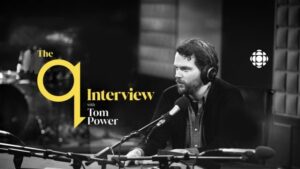 Additionally, CBC Radio introduces new podcast, The Q Interview, that features extended content and commentary that doesn’t make it to air on the radio show, hosted by Tom Power. The first three episodes are available to stream on CBC Listen, with new episodes to drop weekly.

The full CBC Music and CBC Radio One fall schedules can be found here.