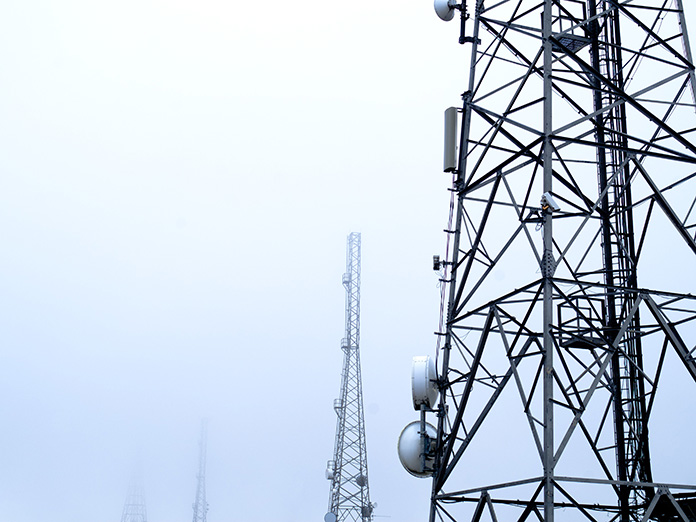 BCE has reported results for the fourth quarter (Q4) and full-year 2021, announcing a 5.1% or $0.18 per share increase in the BCE annual common share dividend to $3.68. BCE operating revenue in Q4 was $6,209 million, up 1.8% compared to Q4 2020, driven by a 3.0% increase in service revenue to $5,243 million reflecting strong wireless, residential Internet and media growth. For full-year 2021, BCE operating revenue grew 2.5% to $23,449 million with year-over-year increases of 2.6% in service revenue and 1.6% in product revenue. Media operating revenue increased 7.3% in Q4 to $849 million, and by 10.4% to $3,036 million for 2021, driven primarily by increased TV advertiser spending and higher subscriber revenue. Ad revenue increased 11.8% in Q4, driven by stronger conventional and specialty TV performance, due to the return to a more regular sports schedule and a fuller fall TV line-up compared to Q4 2020, higher year-over-year out of home advertiser demand, and continued digital media growth. For full-year 2021, ad revenue was up 16.3%. Subscriber revenue was up 1.9% in Q4 and 4.8% in 2021, driven by Crave subscriber growth of 6% last year to more than 2.9 million. Digital revenue increased 36% in Q4 and 35% in 2021, due to Crave direct-to-consumer growth, continued scaling of Bell’s strategic audience management (SAM) TV media sales tool and growth in TV digital advertising including with CTV advertising-based video-on-demand (AVOD). Digital revenues represented 20% of total Bell Media revenue in 2021, up from 16% in 2020.

The Competitive Network Operators of Canada (CNOC) is seeking an order to compel CRTC Chairperson Ian Scott to recuse himself, or be recused, from deciding all matters affecting service-based competition pending adjudication of TekSavvy’s bias claims by the Federal Court of Appeal. CNOC says Scott’s involvement in such proceedings would render any decision made by the commission, in which he is involved, vulnerable to appellate review on the same grounds should TekSavvy be successful in its appeal. CNOC cites Scott’s recent defence of a personal meeting with a Bell executive in the Toronto Star as evidence of “the apprehension of bias and breach of procedural fairness.” “The recusal of Chairman Scott from any process relating to the relationship between facilities-based incumbent telecom providers and small service-based competitive providers is crucial to restore public and stakeholder confidence in the CRTC, to protect it from further institutional damage, and to avoid the taint of bias,” writes the CNOC. “This is particularly important in view of the upcoming proceedings before it, the outcomes of which will determine the future of choice and competition in residential telecom services, and their affordability for Canadian households.”

This is a sad day for me. @ctvedmonton has made the decision to remove the branding from our vehicles for safety. I am proud of the excellent and vital work we do, perhaps more important now than ever. I’m proud to represent that in public, but it’s just not safe right now #yeg pic.twitter.com/woriF5g7Ct

CBC says it’s reduced its visibility and hired extra security as reporters continue to face abuse and intimidation while covering the ongoing “Freedom Convoy” rallies across the country. The Canadian Association of journalists (CAJ) has also issued a second release voicing its concern about the alarming rise in harassment and threats against journalists covering demonstrations. “We welcome thoughtful criticism and discussion of journalists’ work but threatening, harassing, physically intimidating, or throwing objects at journalists reporting on these protests has no place in a free country like Canada and is completely unacceptable,” said CAJ president Brent Jolly. The issue prompted Bloc Québécois MP Martin Champoux to put forward a motion in the House of Commons reaffirming the “essential role of journalists in a democracy.”

The Canadian Journalism Foundation (CJF) is recognizing David Suzuki with its annual CJF Tribute, in recognition of his exceptional career in science broadcasting and commitment to informing Canadians about climate change. He’ll receive the honour at the CJF Awards ceremony on June 7 at the Art Gallery of Ontario. The annual CJF Tribute recognizes media luminaries who have made an exceptional journalistic impact on the international stage. Suzuki helped launch and host the long-running CBC Radio program Quirks and Quarks in 1975. In 1979, he became the host of CBC television’s The Nature of Things, which continues to air new episodes. From 1969 to 2001, Suzuki was a faculty member at the University of British Columbia (UBC), receiving numerous awards for his work, including a UNESCO prize for science and a UN Environment Program medal. He was named a Companion of the Order of Canada in 2006.

World Press Freedom Canada (WPFC) has opened nominations for its 2022 Press Freedom Award, honouring a journalist or media worker for making an outstanding contribution to press freedom in Canada in 2021. The award is given to nominees who demonstrate that their public-interest work was frustrated by a cloak of secrecy, legal manoeuvres, political intimidation, or tactics that put their safety or career at risk. WPFC is also seeking nominations for its Spencer Moore Award, which honours a person who, throughout their career, has displayed a determined pursuit of press freedom and freedom of information. The winner of the Press Freedom Award receives a $2,000 prize from World Press Freedom Canada and a certificate from the Canadian Commission for UNESCO. The Spencer Moore prize winner is awarded $1,000. The deadline for both nominations is March 15. Find details here.