Luminate’s 2022 Year-End Music Report indicates streaming continued to grow in Canada in 2022, with on-demand audio streams hitting the 100 billion mark for the first time ever in a single year in late November and a +14% increase in total on-demand streaming consumption. Reflecting the period from Dec. 31, 2021 through Dec. 29, 2022, the annual data insights report indicates worldwide, overall streaming consumption grew by 25.6% year-over-year. Total on-demand song streaming (audio and video) was up 14% in Canada last year to 122.7B, with on-demand audio streaming up 13.4% (112.9B) and on-demand video streaming up 21.7% (9.8B). Sales of physical and digital album sales were down 13.8% with cassette sales the only area of growth, up 26.6% to just over 13 thousand units. Read more here.

The CRTC has issued a call for comments on market capacity in Calgary. The commission has received an application for a broadcasting licence from Fraser Media Diversity to operate a new community ethnic radio station. The deadline for interventions is Feb. 16.

The CRTC has approved an application by Lawen Met Hopninj Radio Society for a broadcasting licence to operate a low-power, ethnic commercial specialty FM radio station to serve La Crete, AB. The station would operate at 99.9 MHz (channel 260LP) with an average effective radiated power (ERP) of 47.2 watts. Lawen proposes to devote at least 60% of programming in each broadcast week to ethnic programming, including 50% to third-language programming (Low German Mennonite/Plautdietsch) and 10% to English-language programming.

The CRTC has approved an application by Malayalam Community Radio Inc. for a broadcasting licence to operate a low-power ethnic commercial specialty FM radio station in London, ON. The station would operate at 90.9 MHz (channel 215LP) with an effective radiated power of 50 watts and broadcast 126 hours of local programming per broadcast week, at least 87.5% (111 hours) of which would be devoted to third-language programming and at least 87.5% devoted to ethnic programming. 50% of programming would be spoken word and target at least five Indo-Dravidian cultural groups in seven different languages including Tamil, Hindi, Punjabi, Gujarati, Malayalam, English and French.

SiriusXM, SiriusXM Canada and the NHL have extended their broadcasting agreement through the 2028-29 NHL season. SiriusXM will continue to deliver access to every NHL game throughout the regular season and Stanley Cup Playoffs, as well as daily, in-depth coverage on SiriusXM NHL Network Radio. The SXM App offers 32 NHL team channels, each dedicated to carrying the official radio broadcast for each NHL team with all 32 channels also available in vehicles equipped with SiriusXM’s latest-generation 360L radios. SiriusXM NHL Network Radio will be offering listeners comprehensive coverage of the 2023 Honda NHL All-Star Weekend live from Sunrise, Florida, Feb. 2-4. For the first time, SiriusXM will produce and air the exclusive national audio broadcast of the Honda NHL All-Star Game. Steve Kouleas will be the play-by-play voice, Gord Stellick will be the colour analyst and Scott Laughlin will conduct interviews with both teams from the bench. 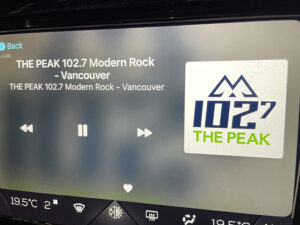 Pattison Media’s 102-7 The Peak Vancouver has laid off its talent, six months after pulling the alt-rock brand off FM and moving it onto HD Radio and online. Part of a format flip that saw The Peak’s former home at CKPK-FM rebranded as NOW!radio in July, the move marked Pattison’s first foray into the HD Radio space. The company announced last week it had released morning show duo Jeremy Baker and Charis Hogg, in addition to Jason Manning, who had worn various hats at the station over the last eight years, including afternoon host, Music Director and Assistant Program Director. PD Russell James told Broadcast Dialogue that Canadian listeners have yet to fully embrace HD Radio. There are no plans to have live announcers on The Peak going forward. Read more here. 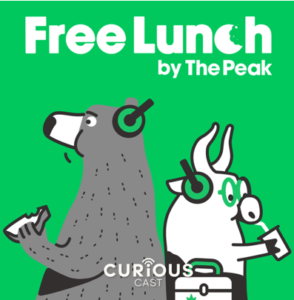 Corus Entertainment podcast network Curiouscast has announced its latest partnership with The Peak. Weekly podcast, Free Lunch by The Peak, takes listeners inside the major business news stories of the day, breaking them down in a simplified way and explaining their impact on all of us. Hosted by Sarah Bartnicka and Taylor Scollon, the pod is Curiouscast’s second partnership with The Peak, having previously launched The Peak Daily in 2022. New episodes will be released every Tuesday morning. 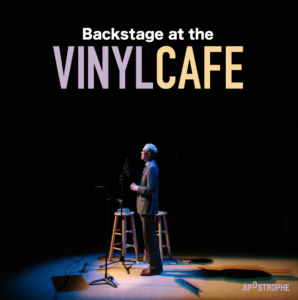 Backstage at the Vinyl Cafe is the latest offering from Terry O’Reilly’s Apostrophe Podcast Network. Hosted by Jess Milton, the late Stuart McLean’s longtime producer, Milton recounts the stories behind-the-scenes of the beloved radio show. Each episode will feature two stories about Canada’s favourite fictional family – Dave, Morley and the kids – narrated by McLean and recorded live in concert. New Backstage at the Vinyl Cafe episodes will drop every Friday, beginning Jan. 20. 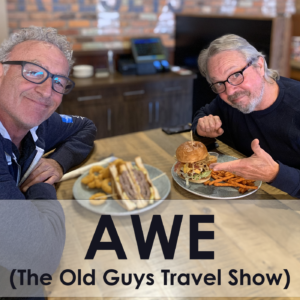 The Humble and Fred Podcast, now in its 12th year, has launched a spinoff podcast entitled Aging With Energy: The Old Guys Travel Show. The new podcast features travel stories and tips from the veteran broadcast duo aimed at older travellers who now have the time and energy to explore the world.

The Canadian Potcast, from the team at everythingpodcasts.com, is in production for Pattison Media and expected to launch shortly. Hosted by Don Shafer, the cannabis industry deep dive, will publish new episodes monthly. The “potcast” will be featured on The Western Buzz, Pattison’s cannabis industry publication and accompanying newsletter “The Hot Box.”

JAR Audio, the Vancouver-headquartered branded podcast studio, has released Branded Podcast Predictions for 2023. Among them are more language diversity, more content for youth, and diminishing tolerance for bad audio. Meanwhile, Pacific Content’s annual Podcast Industry Forecast saw 30 experts weigh in on everything from the role of video in podcasting to emerging audiences and monetization strategies.

LISTEN: Podcaster support expert Danny Brown, Head of Podcaster Experience at Captivate.fm, is on the Sound Off Podcast. In this episode, you’ll hear answers to some of typical podcast questions, and find out Danny’s take on Podcasting 2.0 and the value of having transcription on your show. Listen on your favourite podcast app or here: 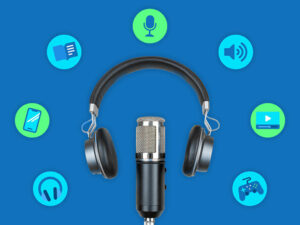 Voices, the London, ON-based voiceover marketplace, has released their annual 2023 Aspiring Voice Actor Trends Report. The survey found that 60% of part-time voice actors started in the profession within the last three years, signalling a new generation of voice actors entering the industry. Among its insights are that the most requested voiceover styles in 2022 were “conversational” and “believable.” The survey also found those working with a coach book 20% more work. 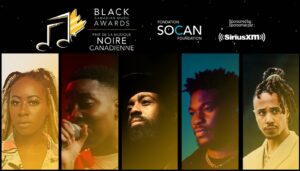 SOCAN Foundation has announced the recipients of the third annual SiriusXM Black Canadian Music Awards: Adria Kain, AHI, Desarae Dee, Nonso Amadi and Zach Zoya. The Black Canadian Music Awards were created to recognize and celebrate the artistic merit demonstrated by Black music creators of any genre. This year, SiriusXM Canada doubled their support for the award, with the five selected winners each receiving a prize of $10,000 to support their career development. Special distinctions and awards of $1,000 are also being made to City Fidelia, Haley Smalls, Leila Day, Promise and Shreez.