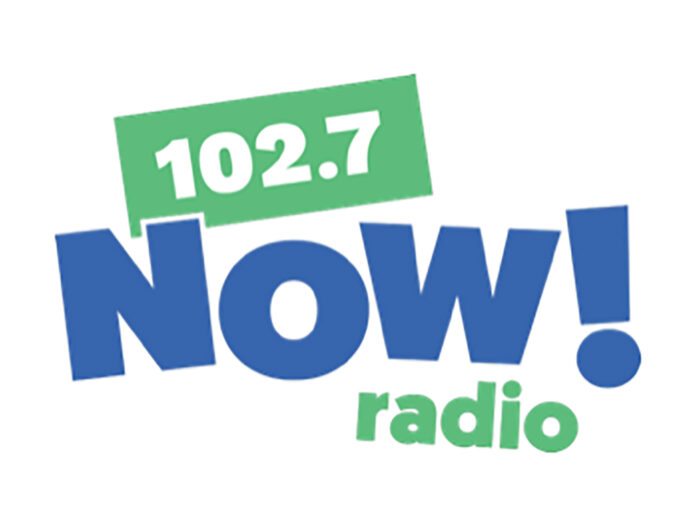 102.7 NOW!radio will be heard on CKPK-FM, formerly home to Alternative Rock station 102.7 The PEAK, which as of today moves over to HD Radio.

Launching at 1:02 p.m. PT on Monday afternoon, the talent lineup helming the Hot Adult Contemporary format includes Christy Farrell and Fraser Tuff, who arrive from the morning show at the similarly formatted 101.5 Today Radio Calgary (CKCE-FM). Farrell and Tuff will take over mornings, while Brayden Mack from 102.3 NOW!radio (CKNO-FM) Edmonton will be heard in middays.

Denai Johnson, who has been co-hosting afternoons on Virgin Radio (CHSU-FM) Kelowna, joins the station as the host of afternoon drive. Sharing swing duties on evenings and weekends are Jaclyn Tatay, who arrives from Pulse FM (CISF-FM) Surrey, and longtime The Peak personality Emily Czerwinski.

Playing current artists like Dua Lipa and Harry Styles, along with a mix of hits from the ’80s, ’90s and 2000s from the likes of Johnny Cash, Garth Brooks, AC/DC, and The Notorious B.I.G., Pattison is hoping to repeat the success of the NOW!radio format in Edmonton and Today Radio* in Calgary.

Mark Patric, the General Manager of Pattison’s Metro Vancouver and Winnipeg radio stations, believes the NOW!radio format will position CKPK-FM to be more competitive in the Vancouver radio landscape.

“It has always been our goal to have The PEAK be a top 5 radio station, and then, to consistently remain there. We struggled to accomplish that,” Patric told Broadcast Dialogue. “The corporate and senior programming team of Pattison Media, for years, considered what gives the Vancouver division the best opportunity to compete in ratings and revenue with the 102.7 frequency. The PEAK, a niche format, unfortunately couldn’t give us that.”

“There’s nothing like NOW!radio in Vancouver currently. NOW!radio is conversation radio, where our on-air hosts and our listeners are at the very centre of everything. It requires a significant level of commitment and a larger than normal stable of exceptional talent that’s local to make this brand work,” he added.

*The Today Radio brand is offered in Canada through Momentum Media Networks, which is owned by Broadcast Dialogue’s parent company Momentum Media Marketing.