Jamil Jivani, whose nightly network talk show was canceled by Bell Media in January, has filed suit against the company claiming he was fired because he didn’t “fit a stereotype that Bell thought a member of the Black community should conform to.” Jivani, 34, first went public with details of his dismissal in February. A graduate of Yale Law, author, community advocate, and special adviser to the Ontario premier, Jivani was initially recruited by Bell in July 2020 to fill in on The Evan Solomon Show where he focused on Black Lives Matter. He was subsequently offered the 10 – 11 p.m. time slot on Newstalk 1010 (CFRB-AM) Toronto that fall. Bell then promoted Jivani to a nightly 7 – 10 p.m. show airing on seven stations across the network. Filed in Ontario Superior Court, Jivani’s statement of claim was posted to his Substack blog with the precursor “Many of you have heard about what transpired when Bell Media fired me in January. Well, now it’s time for them to answer for their racism.” The suit seeks damages for breach of contract and wrongful dismissal in the sum of $42,500 (representing the compensation the Plaintiff would have earned during the common law notice period of six months); damages for the “bad faith manner of dismissal” in the amount of $300,000; and punitive damages in the amount of $200,000; plus costs. Read more here.

Congratulations to our very own @dponticelliTV, who tonight becomes the first woman ever to announce play-by-play on a @USPORTSca broadcast.

Catch her tonight on @620ckrm at 6:00pm when the @reginarams face-off with the @MBBisons! pic.twitter.com/z7T81SoSmS

Daniella Ponticelli has made history as the first woman to announce play-by-play on a USports broadcast as the University of Regina Rams took on the Manitoba Bisons on Sept. 2. The first female voice of the Rams, Ponticelli was also the first woman to work on a Saskatchewan Roughriders’ radio broadcast. She additionally serves as the play-by-play voice of the University of Saskatchewan Huskies women’s hockey broadcasts, heard on Pattison Media stations and the HuskieFan app. 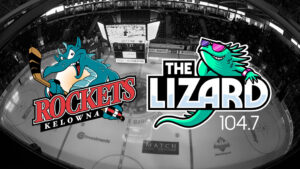 Pattison Media Kelowna has launched RocketFAN.ca, an extension of its new broadcast rights partnership between the Kelowna Rockets of the Western Hockey League (WHL) and 104.7 The Lizard (CKLZ-FM). A companion website to the broadcasts, Pattison says the site sets a new standard for radio partnerships in the league, establishing a 24/7 year round site dedicated to on-demand coverage for Kelowna hockey fans, boosters and advertisers. RocketFAN will feature the latest team news and information, in addition to play-by-play and full game and goal call replays, under the direction of 22-year play-by-play veteran Regan Bartel. 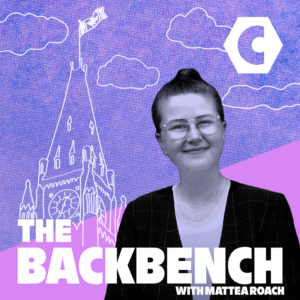 Canadaland has unveiled its fall podcast slate, headlined by the introduction of Jeopardy! champion Mattea Roach as the incoming host of weekly political pod, The Backbench. Roach, who claimed the title of most successful Canadian to ever appear on the quiz show earlier this year with a 23-game winning streak, “brings her unparalleled intelligence and rabid curiosity” to the host’s seat, starting Sept. 20. In October, Karyn Pugliese, Executive Editor of Canada’s National Observer, will host Canadalandback, leading an all-Indigenous team of journalists in an exploration of three generations of resistance from Idle No More to Land Back and the Nova Scotia lobster wars. Later this fall, Canadaland will also introduce limited series Ratf*cker: Confessions of a Dirty Tricks Operative, a promised tell-all featuring political fixer David Wallace “about his decades of misdeeds in the dirty-tricks business…” Read more here. 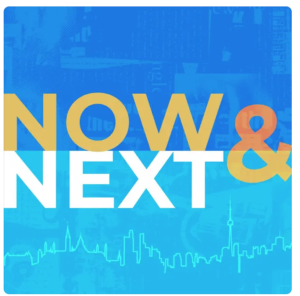 Story Studio Network is relaunching The Daily Brief with Dave Trafford as NOW & NEXT, starting Monday, Sept. 12. The branded content studio’s flagship current events podcast will be co-hosted by Erin Trafford and highlight three news stories of the day with The Daily Brief to be a featured segment within the show. New episodes will drop Monday – Thursday at 3 p.m. ET.

Calgary International Film Festival (CIFF) is looking for local podcasters to be part of the festival experience. For the second year in a row, CIFF will be hosting a podcasting booth at Eau Claire Market, Sept. 24–27. Accepted podcasters will have the opportunity to connect with filmmakers to discuss topics, whether that be about the festival, the film industry, or the stories being told. 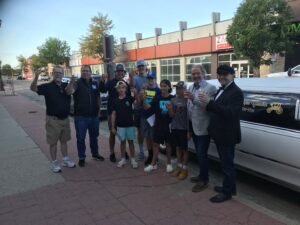 The Rock 98.5 (CJJC-FM) Yorkton, SK toasted the first day of school by offering lucky winner AJ Dutchak a limo ride to school, along with three of his buddies. They were accompanied by a couple of Yorkton Terriers Saskatchewan Junior Hockey League players and Jordan Patzwald and Randy Atkinson of The Rock, along with limo driver Yorkton MLA Greg Ottenbreit. Stops included a “toast” with Yorkton Mayor Mitch Hippsley. 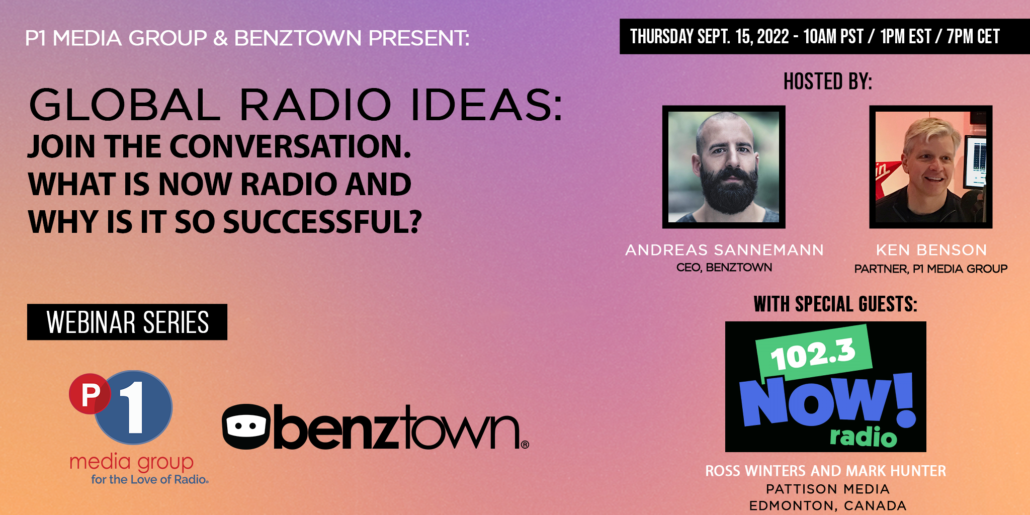 Now! Radio and its success as a format is the subject of a webinar set for Thursday, Sept. 15. It will feature Ken Benson from P1 Media Group, Benztown’s Andreas Sannemann and Ross Winters and Mark Hunter from Pattison Media. Register here.

IMPEL, SX Works Global Publisher Services (SX Works), and the Canadian Musical Reproduction Rights Agency (CMRRA) have announced completion of a strategic partnership that expands North American and international mutual licensing and back-office administration, ensuring music publishers are accurately and fairly compensated. The partnership empowers IMPEL’s independent music publisher members to license their digital rights directly in Canada with the CMRRA and the U.S. via SX Works. In addition to the collection of digital royalties, IMPEL members can also opt in for licensing in other areas with CMRRA, including physical products and broadcast mechanical collections. In the initial phase of the partnership, CMRRA members were able to join IMPEL’s multi-territory licences across Europe and beyond with more than 500 CMRRA clients already enrolled and distribution set to begin this year.

LISTEN: Sam Cook is currently the host and executive producer of The Shot, a singer/songwriter competition show filmed in Toronto, but she’s also spent time as a radio host, podcaster, VO artist, and on-screen with TV networks like YTV. On the latest Sound Off Podcast, she and Matt Cundill talk about her start interning for David Letterman and her transition to teaching the hosts of tomorrow at Mohawk College. Listen on your favourite podcast app or here: