An order-in-council dated Aug. 17 declines to review the decision saying it is “satisfied that the decision does not derogate from the attainment of the objectives of the broadcasting policy for Canada set out in subsection 3(1) of the Broadcasting Act.”

The Governor in Council received several petitions from a number of companies unsuccessful in their bids to operate the television service, requesting that the decision be set aside or referred back to the commission for reconsideration and hearing.

One of those companies, Montreal-based Independent Community Television (ICT), took its appeal to the Federal Court arguing suspicion of bias, based on several meetings registered between CRTC chair Ian Scott, vice-chair Caroline Simard and representatives from Rogers and BCE, respectively. ICT argued that the meetings gave those companies an unfair advantage.

In a July response to ICT’s Federal Court filing, Rogers wrote “No reasonable, right-minded person, viewing the matter realistically and practically, would conclude that the mere fact CRTC Commissioners met with Rogers and BCE on broadcasting, telecommunications and consumer issues during the two year period prior to the Decision gives rise to a reasonable apprehension of bias.” 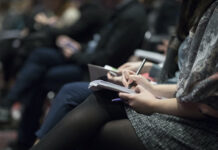