The Western Association of Broadcast Engineers (WABE) held their 69th annual conference in Calgary this week. Among this year’s award winners, recognized at Tuesday night’s awards gala, were retired Pippin Technical Services founder Al Pippin, who received the R.W. Lamb Award, and Vernon Mooers, one of the engineers behind Golden West Broadcasting’s new station Cochrane Now. Find the full list of winners below:

The WABE Spirit Award is given to those individual members who have made a significant contribution to WABE; the convention, the executive, or in providing exemplary service in some way, to the WABE organization. This Award may be bestowed upon any current WABE member in good standing or one that has retired within the last two years. It is intended for those individuals who embody the WABE spirit through action such as: – Dedicating countless volunteer hours to the organization – Continually and relentlessly advancing the mission of WABE or to our external community – Assisting with the annual convention – Serving on the WABE Executive committee – Reigning in volunteers to ensure that WABE remains viable and imperative.

The WABE ‘Excellence in Engineering’ Award is given to the engineers or technical team who have made a significant contribution to their company and/or the broader engineering community in the Television, Radio, or IT industries in the past year.

The highest honour WABE can bestow on an individual is the R.W. Lamb Award. The WABE committee and grandfathers do not take the responsibility of choosing a recipient for this award lightly. As a matter of fact, there have been many years where this award has not been awarded. The committee can suggest nominations (and receive nominations from the membership), then present them to the WABE chancellors who make the final decision on the recipient. This award recognizes an individual whose personal achievements and contribution to the broadcast industry over their lifetime, is outstanding. These remarkable people can be considered pioneers, originally going where few dare to venture, and forging new previously unexplored paths. Through persistence and dedication, they push the boundaries of what we know to advance the body of knowledge in our engineering world.

Each year, former WABE members that have retired are given the Retirement Award. This award celebrates their life long achievement in the industry. This is the only award presented that is not a surprise to the recipient.

The WABE Scholarship is presented to a technical school in Western Canada which has produced and/or contributed to producing, Broadcast Electronic Technicians. The school is asked to make the award into an annual award and give it to “a student in good standing and in need of financial help and who has completed his or her first year in electronics and will be entering the second year of a telecommunications course”. WABE determines which school receives the award, based on a regular rotation of the qualifying schools. 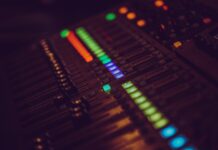