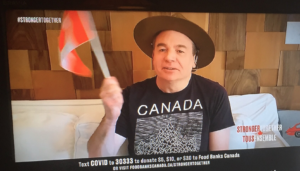 According to preliminary Numeris data, nearly one in three Canadians watched some part of the broadcast on 44 television networks. Audiences peaked at more than 6.1 million viewers during the world premiere of ArtistsCAN’s multi-artist “Lean on Me” charity single. Overall, the 90-minute special has a preliminary overnight audience of 5.6 million viewers on multiple television networks. The special also reached hundreds of thousands of others across 120 platforms spanning radio, online and on demand.

So far, more than $6 million has been raised in support of Food Banks Canada. 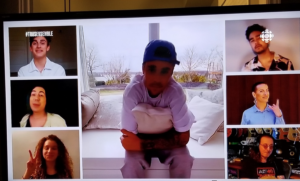 Stronger Together, Tous Ensemble is just the latest tribute to workers on the frontlines of the COVID-19 pandemic to draw a big TV audience. 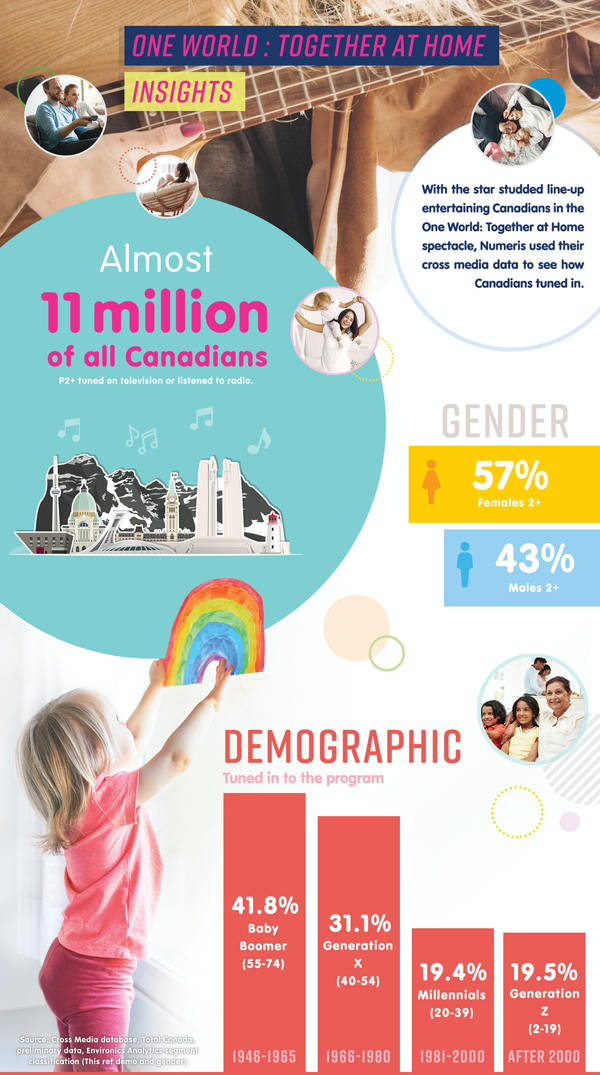 Rock for Relief: A Living Room Concert for Vancouver Island, which aired on CHEK-TV Victoria Apr. 17, raised $691,000 for the Rapid Relief Fund and Community Response Fund. According to audience data supplied by CHEK, one in five viewers in the market watched the special with an additional 230,000 views on CHEK’s Facebook and Youtube channels where the event was streamed.