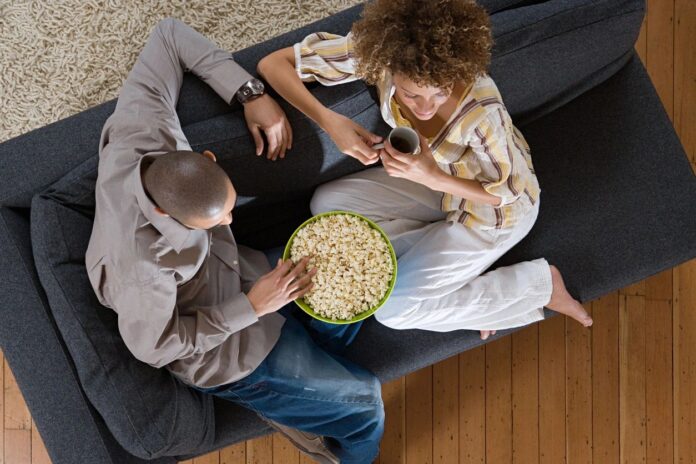 TV viewing is still going strong, but starting to taper in prime time, according to marketing and research association, thinktv.

With six weeks of “viewing during COVID” data now available, thinktv’s analysis shows some subtle changes in viewing patterns for the period from Mar. 16 – Apr. 26.

Television tuning is still significantly higher than pre-COVID, but is starting to see some audience fatigue. Overall viewing is up 11% on average (and up 20%, A25-54, when specialty sports is excluded) with the biggest increases in A25-54 viewing in daytime (+29%) and evening (+17% in the 6–7 p.m. block). However, prime time viewing is down 5%. When excluding sports networks, overall television consumption is still up 6%. 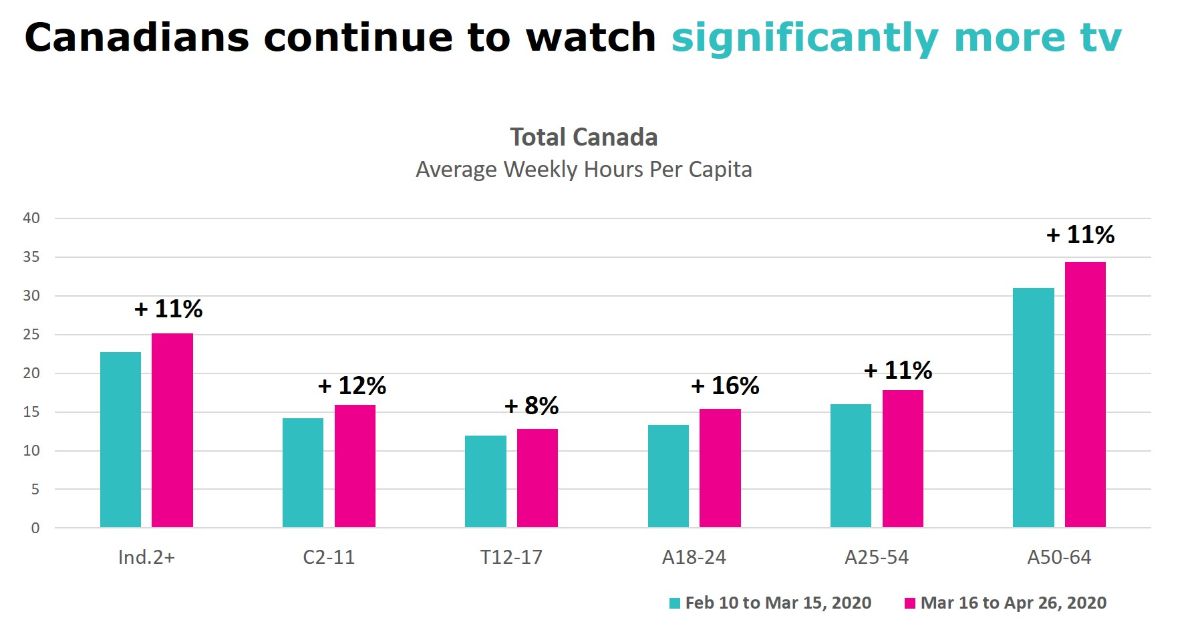 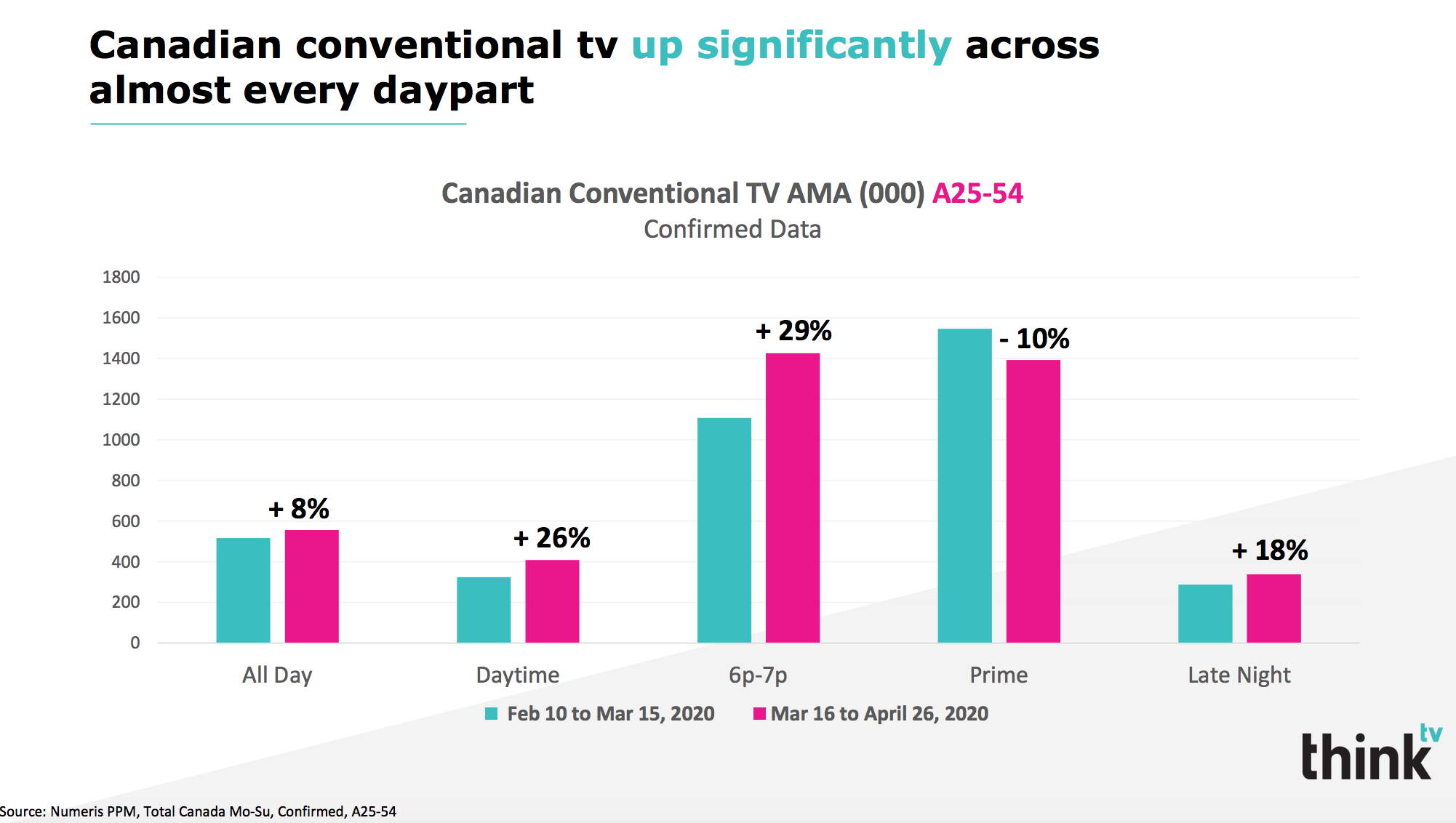 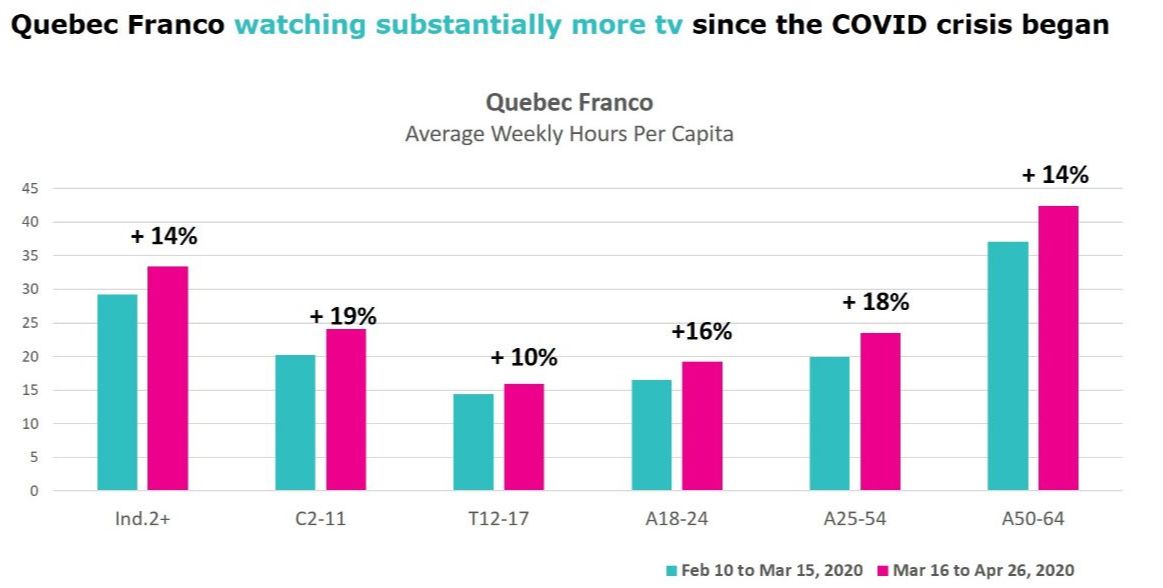