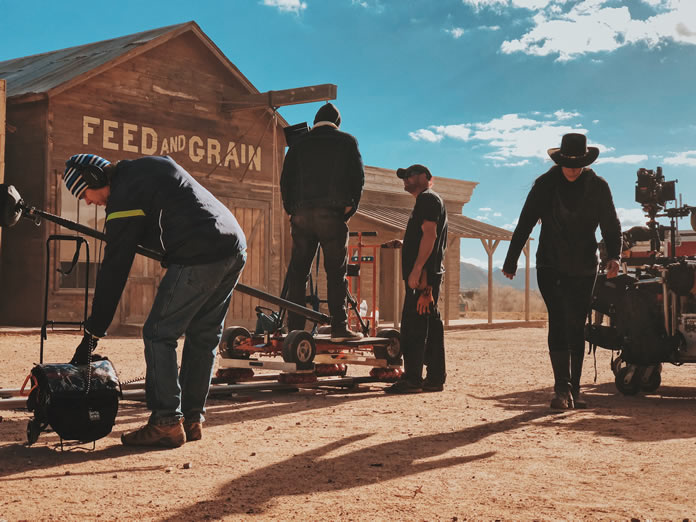 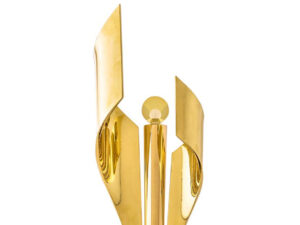 Daytime Emmy nominations are out with kids’ prodco Sinking Ship Entertainment earning an impressive 16 nods, including eight for Ghostwriter, and four each for Dino Dana and Odd Squad. Find the nominee gallery, here. The 47th Annual Daytime Emmys will air Friday, June 26 at 8 p.m. ET/PT on CBS The Leo Awards, recognizing excellence in B.C. film, television, and web series, have announced the 2020 nominees. Among them, Van Helsing leads the Dramatic Series category with 14 nominations; sci-fi thriller Volition is atop the Motion Picture category with 11 nods; while V.C. Andrews’ Web of Dreams earned 14 nominations in the TV Movie category. Find the full list of nominees here.

CBC held its 2020 virtual upfront presentation Wednesday, unveiling 1,300 new hours of television spanning 22 new and returning series. New series include: Enslaved (6×60) a documentary series led by Samuel L. Jackson, directed by Canadian filmmaker Simcha Jacobovici (The Naked Archaeologist) charting the history of slavery through underwater archaeology; Orangeville Prep (6×30), a character-driven factual series that offers an inside look at the competitive, high-pressure world of basketball’s most successful preparatory program in Orangeville, ON; The Sounds (8×60), a Canada/New Zealand co-production from NZ author Sarah-Kate Lynch and directed by Peter Stebbings (Frankie Drake Mysteries, The Disappearance); Trickster (6×60), a drama based on the best-selling novel Son of a Trickster by Eden Robinson, with CBC already confirming second season renewal; and War Of The Worlds (8×60), the Canadian premiere of a new series written and created by Howard Overman (Misfits, Merlin), based on the H.G. Wells story and starring Gabriel Byrne (In Treatment), Elizabeth McGovern (Downton Abbey), and Daisy Edgar-Jones (Normal People). Channel 4 in the UK has acquired the first two seasons of CBC drama Coroner. The deal follows the recent acquisition of the series by The CW for broadcast in the U.S. The public broadcaster has also announced Coroner’s renewal for a third season. The deal with Channel 4 was brokered by Sandra Piha, SVP, Sales, Pan-Regional, UK, Eire, and Scandinavia, Cineflix Rights.

LISTEN: Legendary Canadian TV Critic Bill Brioux joins Broadcast Dialogue – The Podcast to talk about isolation viewing and why the current production challenges might be an opportunity for networks to embrace more domestic production. Listen on your favourite podcast app or here:

Cityline is back on Citytv’s weekday schedule with new episodes being produced remotely. Airing at 10 a.m. ET, host Tracy Moore is joined by lifestyle experts with isolation-friendly advice on making the most of your grill, outdoor space and at-home beauty routine. Over recent weeks, Cityline has been connecting with its audiences on social media through daily segments on Instagram Live on how to navigate life during COVID-19. ETALK debuts a new weekly music performance series, ETALK OPEN HOUSE, airing Thursdays at 7 p.m. ET on CTV and 7:30 p.m. ET on CTV2, beginning May 28. Each episode of ETALK OPEN HOUSE features artists in their natural element showcasing their raw talent, including dvsn, FINNEAS, Jessie Reyez, Niall Horan, Shaggy, The Killers, and Tones and I, with more artists to be announced in the coming weeks.

WHERE TO I DO? will have its Season 3 premiere Tuesday, June 9 on CTV Life Channel. Co-produced by Bell Media Studios and Motion Content Group, the 30-minute series follows Canadian property expert and designer Tommy Smythe as he helps couples search for the wedding venue of their dreams. Taped before the pandemic, the new eight-episode season sees Smythe travel to Ireland, California, Montreal, New Orleans and Toronto. Following WHERE TO I DO? On the Tuesday night schedule will be Jessica Mulroney wedding series I DO, REDO. Global says Survivor Winners at War captivated 2.4 million Canadians during its season finale, making it the most-watched finale in 15 seasons, according to audience data supplied by the network. The network says Survivor Winners at War finale grew its total audience by 13% from the season premiere, with average AMA for total viewers over 2.1 million and 907,000 for adults 25-54. Elsewhere on Global, spring finales for scripted series 9-1-1, NCIS, The Blacklist, MacGyver, and Bull all saw significant year-over-year audience growth for their season finales, with 9-1-1 growing its finale vs. last spring by 20% amongst total viewers and 32% with adults 25-54. Additionally, Global says Saturday Night Live’s special at-home finale grew its audience by 30% amongst adults 18-34 compared to last year’s finale and remains the #1 late night show in Canada. The network says The Young and the Restless dominates daytime as the #1 show this spring among total viewers and females 25-54. Crave has dropped a special director’s cut of its Crave Original Documentary David Foster: Off The Record. Featuring nearly 20 additional minutes of conversation with the Grammy Award-winning musician, and his wife Katharine McPhee, the enhanced edition of the documentary from director Barry Avrich expands on Foster’s car accident with entertainer Ben Vereen and the impact of family and marriage on his life and career. The world television debut of David Foster: Off The Record on CTV delivered nearly one million viewers on Dec. 5, according to audience data supplied by the network. Bell Media says to date, the documentary has reached nearly 6 million viewers on CTV and CTV2. TVO premieres its TVO Original Rescuing Rex on May 30. Directed by award-winning documentary filmmaker Leora Eisen, Rescuing Rex looks at the phenomenon of international dog adoptions as many millennials bypass breeders in favour of adopting homeless dogs from around the world. Broadcast on TVO and available to stream across Canada on tvo.org, it will re-air on TVO, June 2 and 4.

TVO has debuted its TVO Original The Arrest by journalist and filmmaker Martin Himel (Undercover in ISIS), which follows several Ontarians whose lives have been shattered by their wrongful arrests. At the centre of the documentary is Toronto attorney Davin Charney, who fights for the wrongly accused. The Arrest is available to stream on tvo.org and will rebroadcast on TVO, May 28 and 31.

Animal Planet is on nationwide freeview from June 2 to July 9. The freeview is led by season premieres of The Aquarium (June 15), Pit Bulls and Parolees (June 26), and North Woods Law (June 30). Animal Planet’s free preview is available through participating television service providers across the country, including but not limited to Bell, Bell Aliant, Bell MTS, Cogeco, Eastlink, Rogers, Telus, SaskTel, and participating members of the Canadian Cable Systems Alliance (CCSA). 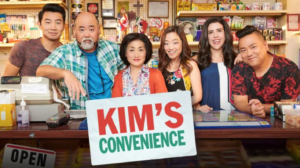 Kim’s Convenience and Fresh Off The Boat cast members are holding a virtual table read to mark Asian Pacific American Heritage Month and raise funds for Asian not-for-profit arts organizations in the U.S. and Canada, including Reel Asian. Kim’s Convenience stars Paul Sun-Hyung Lee, Jean Yoon, Simu Liu, Andrea Bang, Andrew Phung and Nicole Power will kick off the event, followed by Fresh Off the Boat cast members Randall Park, Constance Wu, Hudson Yang, Forrest Wheeler and Ian Chen. The table reads will be streamed on Seed&Spark’s Facebook and YouTube channels on May 30 at 6 p.m. PT. Following the table reads, there will be a Q&A featuring both casts on Zoom for those who donate at least $10. 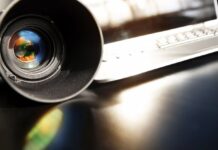 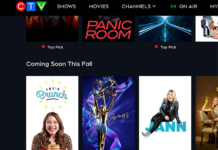