Media Technology Monitor (MTM) has released a new report that indicates one in five English-speaking Canadians and one in six Francophones have “cut the cord” and canceled their paid TV service. MTM says while the majority of Canadians (69% of Anglophones and 74% of Francophones) continue to subscribe to services like cable, fiber optic or satellite TV, many are choosing to forgo paid TV and opting out. “Cord Cutters” tend to be younger, well-educated and often have children under age 12 in the home, according to the report, which also found that streaming Subscription Video on Demand (SVOD) content and subscribing to multiple SVOD services is higher among Cord Cutters, who spend more time watching SVOD and YouTube content than traditional TV subscribers. Read more here. Vividata’s newly-released Fall 2022 insights on cross media and consumer behaviour find that almost half of Canadians are watching content on a smart TV. Among the Study of the Canadian Consumer’s findings, which was in field from July 2021 to June 2022, Vividata says an estimated 58% of Canadian adults now have at least one connected/smart TV within the home, nearly double the 28% ownership in 2020. About 49% watch content on a connected/smart TV, while 38% still have a traditional television set. Vividata also found that 21% of all adults are watching TV content on their smartphone with 32% of those viewers under 35. Those under 35 are also nearly twice as likely (14%) to watch TV content on a game console compared to the average. The report indicates 27% of Canadian adults are subscribing to three or more streaming services. Read more here.

MIPCOM Cannes Diversify TV Awards, dedicated to championing and promoting diversity and inclusion across the international television industry, will take place during MIPCOM on Oct. 19. Among the Canadian programs shortlisted are CBC’s Proud to Be Me, CBC/HBO Max series Sort Of, Radio-Canada’s Pour Toi Flora, and Quebecor/Club Illico’s Audrey’s Back. 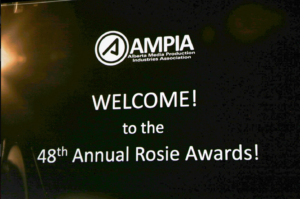 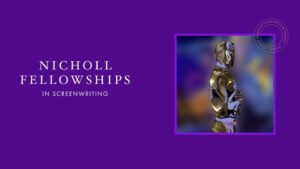 Jennifer Archer, a screenwriter from Springwater, ON, is among the winners of the Academy of Motion Picture Arts & Sciences’ 2022 Nicholl Fellowships in Screenwriting. Each individual and writing team selected receives a $35,000 prize and mentorship from an Academy member. A live read of selected scenes from all five winning scripts will be performed in November at the Academy Museum of Motion Pictures. Archer’s script “Into the Deep Blue” revolves around a character rebuilding his life after the death of his mom, a DUI, and mandatory grief counselling. 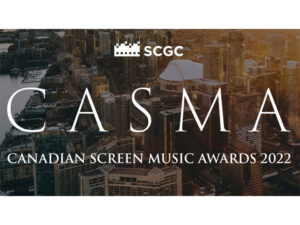 The Slaight Family Foundation and Canadian Film Centre (CFC) have been presented with the first-ever award for Distinguished Service to the Industry from the Screen Composers Guild of Canada (SCGC) in recognition of outstanding support for the screen composer sector. The award was presented at the inaugural Canadian Screen Music Awards (CASMA) on Sept. 21, celebrating excellence in scoring original music for the screen. The award recognizes CFC and The Slaight Family’s work to support screen composers through their partnership in delivering the Slaight Music Residency, an immersive program that helps integrate music creators into the on-screen storytelling process, boosting their professional networks and expanding career opportunities. The Slaight Family recently renewed the program for an 11th year with a $200,000 grant. CFC is currently accepting applications for the 2023 cohort with the application deadline on Oct. 31. Find the full list of 2022 CASMA Award winners here.

The Wilders, the Toronto-headquartered music supervision company under the creative direction of Jody Colero, and Senior Vice President Asha Dillion, is expanding to Los Angeles. The company’s new hires include seven-time Guild of Music Supervisors Award nominee Sean Mulligan, whose career includes supervision of over 35 feature films and television series, including Molly’s Game (STX), Come From Away (Apple TV+), and Deputy (FOX); Music Supervisor Tiffany Su, whose credits include African Royals In America (Hulu), 16 & Released (MTV), and My Celebrity Dream Wedding (VH-1); and Music Supervisor and Australian native Victoria Beard, whose credits include Blue Bayou (Focus Features), Awake (Netflix), and Moonshine (CBC). Most recently, the company provided music supervision and production on Sort Of (HBOMax), Clement Virgo’s Brother, in addition to writing all of the original songs and score for children’s animated series My Little Pony: Make Your Mark (Netflix) and My Little Pony: Tell Your Tale (YouTube).

CBC News consumer affairs program, MARKETPLACE, will mark the show’s 50th season when it debuts on Friday, Oct. 7. MARKETPLACE co-host David Common and former host of 16 years, Erica Johnson, will look back on the impact of the show’s investigations, some of the promises it’s tested, and the policies that its investigative journalism changed in a one-hour special set to air on CBC TV and CBC Gem. MARKETPLACE first premiered on Oct. 5, 1972 with Joan Watson and co-host George Finstad at the helm of the show. The first episode explored the rising cost of food in Canada. Those who’ve worked on the show since then include Harry Brown, Bill Paul, Christine Johnson, Norma Kent, Jacquie Perrin, Jim Nunn, Wendy Mesley, and Tom Harrington. Stompin’ Tom Connors wrote the show’s original theme song, The Consumer, an ode to Canadian frugality. Read more here.

Prime Video has announced the start of production on a new Canadian Amazon Original documentary based on the life and career of legendary Canadian children’s entertainer Ernie Coombs—or, as he is more commonly known, Mr. Dressup. The documentary celebrates the origins and history of one of Canada’s most beloved CBC children’s shows that entertained five generations. Release is set for 2023 exclusively on Prime Video in 240 countries and territories worldwide, followed by a broadcast window on CBC in Canada. The documentary will combine never-before-seen archival footage, interviews with series puppeteers and musicians, the Coombs family, and other notable Canadians, all sharing the impact the series had on them. 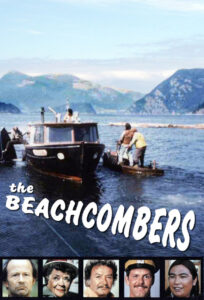 The Beachcombers is set to get the animated treatment as the iconic Canadian series marks its 50th anniversary. Industry veterans Blair Peters and Nick Orchard have teamed up to bring an animated version of the CBC adventure drama to life, which broadcast 387 episodes over 18 seasons. Peters, who lives on B.C.’s Sunshine Coast where the series was filmed, and Orchard, who worked on the original series, have inked a deal with the show’s original creators and plan to pitch their animated series to broadcasters next spring. One of the most successful Canadian television series of all time, the half-hour adventure show had its original run on CBC TV from 1972 to 1990, the second-longest-running scripted television series, next to Degrassi. The Beachcombers has been licensed to over 35 countries worldwide

Paramount+ Canada has announced that the highly-anticipated new season of Yellowstone, from MTV Entertainment Studios and 101 Studios, will be available exclusively on the service in Canada, with two new episodes streaming as of Nov. 13. Since its launch in March 2021, Paramount+ Canada says it has more than doubled the amount of content on the service, with over 8,700 hours of programming currently available, including 1883, Halo, Mayor of Kingstown, SEAL Team and The Offer.

Sinking Ship Entertainment (SSE) is partnering with Swimsuit Competition – the production company led by Samantha Bee (Full Frontal with Samantha Bee) and Kristen Everman – on Best Day Ever, a new children’s sketch comedy series created by Emmy-winning producer, director, writer Allana Harkin. The team will be taking the project to MIPCOM 2022. SSE says the single-camera, ensemble-driven show will follow a style more similar to adult-driven sketch shows like I Think You Should Leave and Key and Peele.

Canadian Geographic’s first feature documentary, Returning Home, is now available via Crave, CTV.ca and the CTV app. Returning Home follows Orange Shirt Day founder Phyllis Jack Webstad on a cathartic, nationwide educational tour, while back home in Secwepemc territory, her family struggles to deal with the multi-generational trauma of Canada’s residential school system. The documentary, shot during the pandemic amid one of the lowest salmon runs in recorded history, connects Canada’s colonial history with the plight of Pacific wild salmon in B.C.’s Fraser River.

TVO Original Documentary Beautiful Scars tells the story of a Canadian rock star who, after a lifetime of searching, finally discovers his true identity. Known for his bands Junkhouse and Blackie & the Rodeo Kings, Tom Wilson takes us on a journey of self-discovery from his secretive upbringing to his self-destructive music career and the shocking discovery of the lie he had been told his entire life. Based on Wilson’s bestselling memoir of the same name, Beautiful Scars exposes the incredible reality about Wilson’s biological family and ultimately leads to the discovery of his real identity as a Mohawk man. The doc premieres Oct. 31 on TVO, TVO Today and YouTube.

toober, the Toronto-based live television app connecting viewers to specialty television from around the world, has launched 12 new channels. New offerings added to the platform include Scream Flix, an English-language channel from U.S.-based streamer Jungo TV that features Asian, European, and Hollywood horror films; Front Row, an English-language music channel from Jungo; A8 Esports, featuring live and classic tournaments, esports talk and video game enthusiast content; and Toro TV, featuring everything from 80s action films to extreme sports. Toober is also picking up two Vietnamese channels from Jungo including drama channel Phim Viet and On Sports, in addition to Cinemundo Pinoy, a Filipino channel featuring Tagalog dubbed films. Also joining the lineup are martial arts channel Black Belt; Napoli International TV, the first satellite and cable TV dedicated to Italians abroad; lifestyle channel MyZen TV; and Museum TV, dedicated to visual arts. All channels are available to every subscriber with no add-on or bundled packages required. toober is available in Canada on Rogers, Shaw, Videotron, Apple TV, Google TV Playstore, and Roku, as well as in the U.S. and Mexico via LG, Roku and Apple TV. Shaw Communications has launched Shaw Stream, a new 4K device that allows Shaw Fibre+ internet customers to access their favourite streaming apps like Netflix, Hayu, Prime Video, Tubi and YouTube in one place on their TV, in addition to games and music apps, and makes them navigable with Shaw’s voice remote. Shaw Stream users will also have the ability to rent on-demand content through Shaw On Demand. Shaw Stream is available as an add-on to Shaw Fibre+ internet plans, starting at $5/month.