Jean de Grandpré, 100, on July 31. Instrumental in transforming the telecommunications industry in Canada, de Grandpré joined Bell in 1966 as General Counsel, going on to hold progressively senior leadership roles. He was appointed CEO and Chair of the Board in 1976 and played a key role in the creation of Bell Canada Enterprises (BCE) in 1983, guiding Bell through a transformative period that included the launch of mobile phone services, the introduction of fibre optic technology and the rise of personal computers. The creation of BCE allowed the company to be active not only in communications, but also in the natural gas, petroleum, printing and commercial real estate sectors. In 1985, BCE became the first Canadian corporation to break the billion-dollar barrier in profits. de Grandpré was a Companion of the Order of Canada, Chancellor Emeritus of McGill University, a lifetime member of the Canadian Bar Association and a member of the Bar of Québec. He was inducted into the Academy of Great Montrealers in the Economic category in 1987 and was named a Commander of the Ordre de Montréal in 2016. His biography, L’héritage d’un géant, was published in 2019.

Jeff Allan Galbraith, after a battle with ALS, on July 31. Born in Port Colborne, Allan grew up in London, ON and attended university in Buffalo, London and Toronto, before starting his radio career in 1987 at Q107 (CILQ-FM) Toronto. He went on to work in morning radio in Owen Sound, London and Winnipeg, before landing at Regina’s 104.9 The Wolf (CFWF-FM) where “The Bill and Jeff” show was born in 1997, which Allan co-hosted alongside Bill Toffan. Allan went on to work for 106.9 The Bear (CKQB-FM) Ottawa and later 570 News (Now CityNews 570) where he hosted weekday talk show, “The Jeff Allan Show”, which was also simulcast on Rogers TV Cable 20. Allan was a proud member of the Royal Canadian Legion – Branch 530 in Waterloo and an avid war history buff, serving as Master of Ceremonies at many Remembrance Day events. He was among those awarded a Queen Elizabeth Jubilee Medal in 2012, marking the 60th Anniversary of the Queen’s accession to the throne.

Janet Wright, 84, on July 28. Prior to emigrating to Canada, Wright attended the Central School of Speech and Drama in London where she studied stage management, going on to work for Granada in Manchester and the BBC in Glasgow. She left England for Ottawa in 1966 where she joined Budge Crawley’s Crawley Films as a producer. She signed on with the CBC a year later, going on to a more than 30-year career with the public broadcaster. Wright held roles from producer and director to television host, working on shows including Scene from Here, Country Report, Switchback, and Rockburn & Company. She also served as Senior Producer of Ottawa’s Newsday.

Melvin “Mel” Hoppenheim, 84, on July 27. After quitting school at 17 to help support his family, Hoppenheim earned his high school certificate studying at night at Sir George Williams University. His career in the film industry began with providing cameras and equipment to Montreal cinematographers. He founded Panavision in Montreal in 1965 and established offices in Toronto and Vancouver in the 1970s. Hoppenheim acquired the historic Theatre Expo de la Cité du Havre in 1988 and created Mel’s Cité du Cinéma (now MELS), one of the most modern facilities available to Canadian film and television producers at the time. In 1997, Hoppenheim made a $1 million donation to Concordia University to support student film development in the Faculty of Fine Arts. The department was subsequently renamed the Mel Hoppenheim School of Cinema. He also co-founded the National Institute College of Image and Sound (INIS), a private school aimed at developing writers, directors and producers. In 2012, the Montreal World Film Festival paid tribute to Hoppenheim by giving him a Special Grand Prix of the Americas, in recognition of his career. He was  awarded the Order of Canada in 2015 for his contributions to the vitality of movie-making in Canada and for his support of a wide variety of educational and community organizations, including sitting on the boards of Montréal Children’s Hospital and the Montréal Heart Institute Foundation.

Jackie Gioconda Pagliarello, 58, on June 8. Pagliarello had a 35-year career with the public broadcaster, starting in 1987 as an Associate Director for English regional news. She went on to work as a Director on programs including CBC Ottawa NewsDay and NewsDay Final, in addition to working as an Associate Director on Hockey Night in Canada broadcasts for over a decade. Pagliarello was additionally part of the Ottawa team that established the initial CBC Newsworld bureau in the Capital Region. Fluent in four languages, she also joined the broadcast team for the 2006 Olympic Winter Games in Turin, Italy. 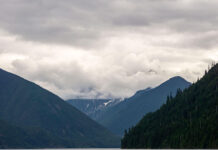 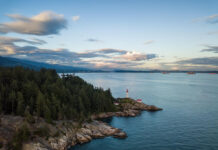