Stuart Robertson, 74, on March 27. Robertson was called to the Ontario bar in 1974, starting his career with CBC’s legal department and eventually becoming Director of Litigation. Specializing in media law in Toronto and Ottawa, he went on to found partnership, O’Donnell, Robertson & Sanfilippo in 1994. Evolving into an expert on newsroom legal crisis management, contempt of court and defamation, Robertson spent his career assisting outlets including the Globe and Mail, Toronto Star and the National Post, and had spent the last 30 years working with The Canadian Press, including overseeing CP’s transition to a for-profit entity in 2010. Among his more well-known cases was a successful 1982 CBC challenge that went to the Supreme Court of Canada after a Halifax provincial court office refused to hand over search warrants tied to an RCMP investigation into allegations of political corruption. Robertson was recognized by the Ontario Community Newspaper Association in 1999 with their President’s Award for his service to the Canadian Newspaper Industry in Ontario, and by the National Newspaper Awards in 2019 with the Governors Award in recognition of his work to uphold and defend the integrity of journalism.

Brenda Large, 79, on March 25 after a brief illness. As the daughter of the late Bob and Betty Large, Brenda got her start in radio at age 13 working at family-owned CFCY Radio and CFCY-TV Charlottetown. She went on to study journalism at King’s College in Halifax, and worked for the Ottawa bureau of the Canadian Press for five years assigned to the Parliamentary Press Gallery at the young age of 21. In 1970, she married Nick Fillmore, editor of alternative newspaper The 4th Estate, which was owned and published in Halifax by the Fillmore family, becoming an associate editor and then co-owner and co-publisher with her husband. Evolving into a weekly, Large became sole owner and publisher in 1976, before the paper folded a year later. She went on to work for CBC-TV in Toronto, also holding roles over the years at the Ottawa Citizen, The Globe & Mail, and The Kingston Whig Standard.

Fred Walker, 82, suddenly on March 18. Walker started his broadcast career in 1961 as the first overnight host on CHNS Halifax, helming the show Music Til Dawn. He moved to CBC Halifax a year later, and then Montreal, calling Montreal Canadiens’ Sunday night games, alongside Danny Gallivan for five years on CBC Radio, before moving to CBC Toronto in 1980. Over the years, he gained recognition as a sportscaster with range, calling everything from the World Series to Golf, Diving, Swimming and Tennis, among many other sports and events. He covered the Stanley Cup finals for 28 years and Canada’s first World Junior hockey gold medal in 1982, among other career highlights. Walker retired from CBC in 1995 and established his own communications and media training company. He was inducted into the CBC Sports Hall of Fame in 2008. 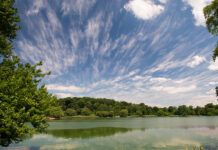 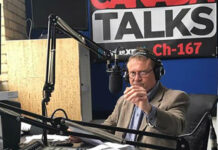 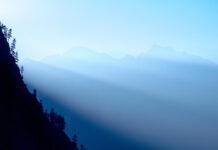