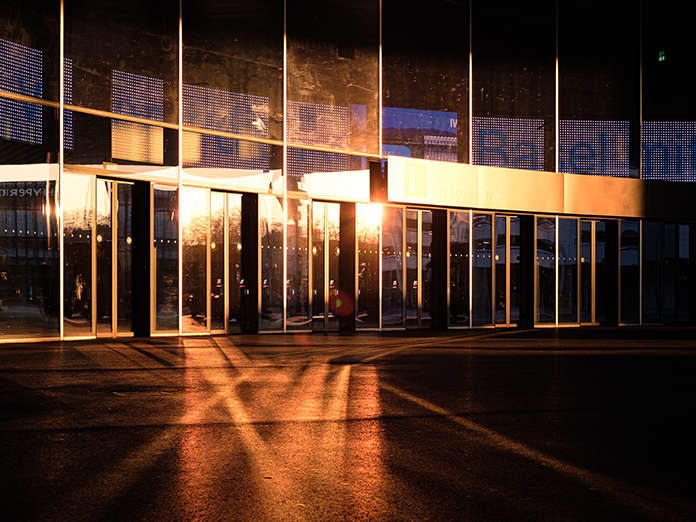 James Wallace, Director of Digital Strategy for Momentum Media Marketing and Broadcast Dialogue, is leaving the company, effective Jan. 4. Wallace, who has worn many hats over the last 12 years with Momentum – including acting as the Head of Digital for Radioplayer Canada – is joining mid-size Vancouver agency blue/meta as VP of Accounts. Signing on to the Momentum team in the New Year as Director of Digital Media is Jeff Lush, who most recently was Senior Manager, Digital Product & Operations at Rogers Sports & Media. Lush had been with Rogers for the last 17 years and in his current role for the last two and a half. He’ll remain based in Edmonton. Read more here.

Robin Gill, Global National’s weekend anchor and British Columbia correspondent, is moving on from the network after 21 years. Gill is pursuing a new venture as Vice-President of Vancouver public relations agency Talk Shop Media. Her last day on air will be Dec. 19. Gill started her career at BCTV (now Global BC) as a writer and researcher while still studying Broadcast Journalism at BCIT. From there, she did reporting and anchoring stints with CTV Yorkton, CBC Vancouver, and A-Channel (now Citytv) Calgary. She initially joined Global News as a reporter and anchor in Toronto in 2000, arriving in the network’s national newsroom in Vancouver in Dec. 2008.

Gina Martin is leaving CTV News Regina to join CTV Morning Live in Calgary. Martin has been with CTV Regina in various roles since 2017, starting as an associate producer. She’s been an anchor/reporter for the last four years.

Maxime Denis is leaving his reporting position with Bell Media’s Noovo Info after just 12 months to join TVA Quebec as a weekend anchor and reporter. He takes over from Andrée Martin, who is on maternity leave. Denis previously did a brief stint with TVA in 2016 before leaving to join Radio-Canada.

Katarina Szulc has joined the CityNews Vancouver digital team as a web editor and reporter. Szulc is a recent graduate of the BCIT Broadcast & Online Journalism program.

Paul “Mastermind” Parhar is joining VIBE105 (CHRY-FM) Toronto as Program Director and Content Manager. The move marks Parhar’s return to radio following a nine-year stint with FLOW 93.5 FM (CFJX-FM) that ended in March 2020 when the Stingray-owned station made what proved to be a short-lived move to syndicate its morning show. It also sees the influential Toronto hip hop figure return to his radio roots with the station his first introduction to the medium when the frequency was first launched in 1987.  From there, he went on to hosting roles at Energy 108 (CING-FM) Hamilton, Vibe 98.5 (CIBK-FM) Calgary, and Kool FM 101.5 (CKCE-FM) Calgary. Read more here.

Megii (Megan) Pierson has joined Virgin Radio (CIBK-FM) Calgary as a weekend and fill-in announcer. Pierson, who also boasts a large TikTok following, most recently was on-air at Corus Calgary.

Mookie Wilson has parted ways with 95.9 CHFM Calgary with Billie Jo now hosting the morning show solo. Wilson had been with the station for nearly 11 years. Prior to joining Rogers in 2011, he was heard in mornings at QX104 (CFQX-FM) Winnipeg and The New Country 95.3 (CKWD-FM) Calgary, among other stations.

Grame Thomson is moving on from the 94.1 Moose FM (CKNR-FM) Elliot Lake, ON morning show to join the Zed Morning Crew on Zed 98.9 (CIZZ-FM) Red Deer. Thomson, who had been with Vista Radio for just over a year, will take up his new position in the New Year.

Caitlyn Lepp has left K-Rock 105.7 (CIKR-FM) Kingston where she was the producer of The Brock and Dalby Show to return to Alberta and Virgin Radio (CFMG-FM) Edmonton. Prior to moving to Kingston nine months ago, the 2021 SAIT Radio, Television, & Broadcast News grad was on the Bell Media Calgary street team.

Mike Booth has announced he’ll be joining Kraze 101.3 (CKIK-FM) Red Deer as the new Morning Show Host and Assistant Music Director. Booth has been hosting afternoon drive at 2day FM (CKBD-FM) Lethbridge for the last eight months. Prior to that, he was with Harvard Broadcasting in Fort McMurray in various dayparts.

Sarah Bugden is joining The Canadian Press (CP) as Ontario Bureau Chief. Bugden has been Assistant Managing Editor of the Edmonton Journal for the past two years. Prior to that, she held several digital roles with The Globe and Mail.

Radheyan Simonpillai is now Acting Editor at Now Toronto with the departure of Kevin Ritchie. Most recently Culture and Social Media Editor, Simonpillai has been with the publication for the last 14 years and is also a contributor to CTV Your Morning and CBC Radio. Richard Trapunski takes on the title of Associate Editor overseeing the Food, Music and Local Business sections.

Matthew Berkowitz has been promoted to President of Thunderbird Entertainment, in addition to his current role as Chief Creative Officer (CCO) of the Vancouver-headquartered production, distribution and rights management company, and its Kids and Family Division, Atomic Cartoons. Jennifer Twiner McCarron, to whom Berkowitz will report, remains CEO. Thunderbird has also announced several other promotions and hires. At Atomic Cartoons: Nadine Westerbarkey has been promoted from Head of 2D Animation to Studio Creative Director. Carl Upsdell has been promoted from Series Director to Head of 2D Animation. Andrew Egiziano has joined Atomic as VP of Production, Los Angeles. At Great Pacific Media and Thunderbird Scripted: Tony Chung is promoted from Director of Finance to Senior Vice President, Finance and Corporate Affairs. Lindsay Macadam moves from Head of Scripted Development to Senior Vice President, Content and Business Development, and Ed de Rivaz is bumped up from Creative Director to Senior Vice President, Development. Read more here.

Jennifer Dodge’s role at Spin Master has been expanded from President, Entertainment to adding Sales, Distribution and Outbound Licensing. Dodge has been with the company off and on since 2009, joining Nickelodeon as SVP, Development, Preschool from 2016-17.

Brenda Myers has been promoted to Director of Development at Proper Television, a Boat Rocker company. In her seven years with Proper Television, Myers has helped steer the creative direction of the company’s slate of original series, including Mary’s Kitchen Crush (CTV), Mary Makes It Easy (CTV Life Channel); Proper’s first original series for Netflix, Motel Makeover; and the upcoming Lost Car Rescue (HISTORY). Myers began her career as a story producer and writer working on series like Income Property (HGTV) and Candice Tells All (HGTV/W Network).