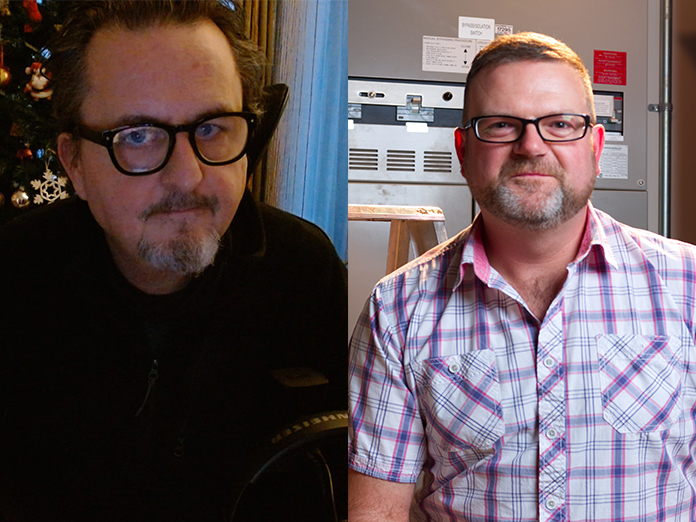 Momentum Media Marketing, the parent company of Broadcast Dialogue, is closing 2021 by saying goodbye to a colleague who has been the digital backbone of the organization for the last decade.

James Wallace, Director of Digital Strategy, is leaving the company, effective Jan. 4. Wallace, who has worn many hats over the last 12 years with Momentum – including acting as the Head of Digital for Radioplayer Canada since 2016 – is joining mid-size Vancouver agency blue/meta as VP of Accounts.

“After a stellar tour of duty of more than a dozen years at Momentum, my friend and colleague James Wallace has decided to make a change,” said Shawn Smith, Momentum President and Broadcast Dialogue Publisher. “The myriad of client projects we have worked on together is staggering and a testament to James’ creativity and passion. It’s been a great run together and I cannot thank him enough.”

Prior to joining Momentum in 2010, Wallace was a seasoned web/interactive designer and  agency veteran who had worked with Creative Spirit Communications, NextPhase Strategy Marketing, and was a VP and Partner in Kontent Creative Group.

“After more than a decade at Momentum, working directly with broadcasters throughout North America, I have chosen to move back into the agency environment. I cannot thank Shawn, Connie [Thiessen], Michael [Olstrom] and everyone on the Momentum team for all the great work we have done to elevate Canada’s broadcast industry. I look forward to seeing where Momentum goes in the future,” said Wallace.

Signing on to the Momentum team in the New Year as Director of Digital Media is Jeff Lush, who most recently was Senior Manager, Digital Product & Operations at Rogers Sports & Media. Lush had been with Rogers for nearly 17 years and in his current role for the last two and a half. He’ll remain based in Edmonton.

“I am thrilled to join the Momentum team as Director of Digital Media and look forward to bringing over 20 years of experience and expertise to the role. The opportunity to reimagine and deliver products and services for our industry in a creative and brand agnostic environment is very exciting,” Lush told Broadcast Dialogue. “I’m fresh off a 16-year run with Rogers in a similar capacity, and am ready to stretch my wings.”

“Jeff is widely considered an industry expert in the rapidly evolving digital media space. He’s a perfect addition to our team who work every day to help all our clients and stakeholders reach more audience, and grow revenue across tried, true, and new exciting audio mediums. I look forward to the initiatives he will work on immediately, such as Radioplayer Canada, and new ones we’ve yet to create,” added Smith.