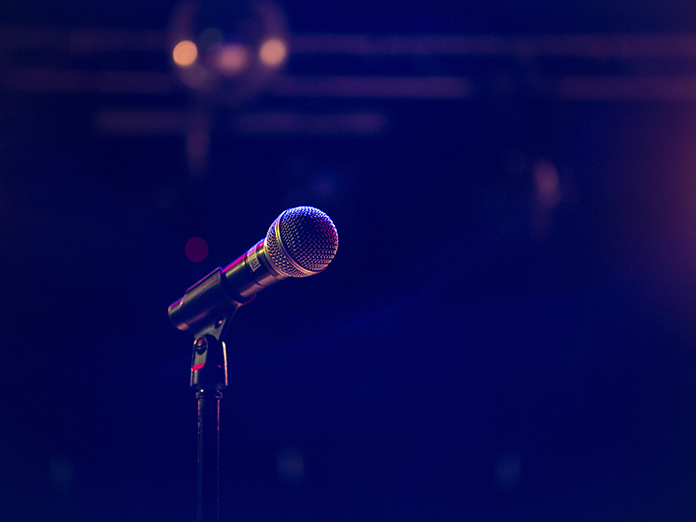 Mora Austin, GM, Radio & TV, Central and Northern Ontario was a casualty of the latest round of restructuring at Bell Media which predominantly hit Ontario radio. She was formerly Vice-President of Larche Communications from 2000-18 when it was sold to Bell Media and a Past President of the Ontario Association of Broadcasters (OAB). In addition to previously-published departures, those no longer with the company include: Craig Pfeifer, Program Director at 97.7 HTZ FM (CHTZ-FM) and Newstalk 610 CKTB St. Catharines, and BNN Bloomberg 1150, (CKOC-AM) and Funny 820 (CHAM-AM) Hamilton; Steve Young, Director of News & Information Programming Bell Media London, who oversaw radio and television news at CTV London & 1290 CJBK; Nancy Hunt, Music Director and announcer at Move 100 (CJMJ-FM) Ottawa; and Tracy McBride, a General Sales Manager & Digital Sales Advisor, based in Pembroke.

Rick Campanelli has joined Evanov’s flagship station Z103.5 FM (CIDC-FM) Toronto, alongside Sandra Crofford, who formerly hosted the station’s midday show. Campanelli, 51, who rose to Canadian pop culture icon status as “Rick the Temp” during his decade-long run with MuchMusic, went on to report for ET Canada for 12 years. He previously had a brief run in radio as a morning show co-host on Toronto’s 102.1 The Edge (CFNY-FM) in 2016, alongside Fred Kennedy and Melanie Mariani. Crofford also did a previous stint with 102.1 The Edge as a swing host in the mid-2000s. In addition to previously hosting middays and afternoons in two separate stints with Z103.5, she’s also been on-air at 104.5 CHUM FM, 99.9 Virgin Radio (CKFM-FM) and CHYM 96.7 as well as Evanov’s Hot 100.5 (CFJL-FM) Winnipeg. Read more here.

Taylor Rattray has left CTV News Regina. Rattray first joined the network as a reporter in 2015 at CTV Saskatoon. She’d been an anchor and video journalist with the Regina bureau since 2017.

Tamara Slobogean is leaving CityNews Vancouver to join the Invasive Species Council of BC as Communications Manager. Slobogean has been in various roles at Rogers Vancouver for the past two decades, from morning show reporter at News 1130 (CKWX-AM) to Supervising Producer of Breakfast Television in Vancouver and Calgary. For the last year, she’s been Managing Editor – News & Integration for CityNews across radio and TV.

Hana Mae Nassar has assumed Managing Editor duties for CityNews 660 (CFFR-AM) Calgary and its digital product. Nassar joined CityNews 1130 (CKWX-AM) Vancouver in 2017 as a part-time reporter while pursuing Journalism at BCIT. She’ll continue to be based in Vancouver.

Shalinda Kirby has moved on from the Power 97 (CJKR-FM) Winnipeg morning show, which she co-hosted alongside Phil Aubrey and Joe Aiello who remain in the timeslot. Kirby, who’d been with Corus Winnipeg since 2018, is joining 92 CITI FM in afternoon drive as of Nov. 29, posting that she’ll eventually be part of a revamped morning show.

Gregger has left the morning show at 98 Cool FM (CJMK-FM) Saskatoon to join Global Saskatoon as a tech producer for the morning show. He’s been paired with various co-hosts on the show since 2016. Sarah Wallace remains on the morning show, alongside Saskatoon Media Group Program Director and longtime station personality Steve Chisholm.

Melanie Adams, who has been co-hosting the Rebel 101.7 (CIDG-FM) Ottawa morning show for the last three years, has left the station to take on a new role with the Ottawa Hospital Foundation. Prior to joining Rebel in 2018, Adams was a co-host and news anchor with Bell Media in Ottawa for a decade.

Art Aronson, who has helmed news at 100.3 The Q! (CKKQ-FM) Victoria for the last four years, has left broadcasting to take on a new job in communications for the provincial government. The 2011 BCIT Radio & TV grad completed his Master’s Degree in Communication and Media Studies at Royal Roads University earlier this year. Prior to joining The Q in 2017, Aronson was an anchor and reporter with CFAX 1070.

It’s never been so hard to say GOODBYE! 😭
Today is my last flight and last day reporting for @globalnewsto @Q107Toronto @am640
I’ll be staying in the industry with more updates to come.
–
Helicopters are fun, but it’s the people I work with I’ll miss the most. pic.twitter.com/haTJPwsFMb

MC Mario Tremblay has ended a 30-year run on Montreal airwaves as the host of the MC Mario House Party, which aired Saturday nights on 95.9 Virgin Radio (CJFM-FM). Tremblay had been a staple on the station since 1991 following a brief stint with Energie 94.3 (CKMF-FM).

DJ Darko (aka Stephen Munga) is the new host of campus and community station weekly Top 20 countdown, !earshot 20. Munga is also the host of Chill Rose Radio, which airs on 101.7 CIVL-FM Abbotsford and is also available as a podcast.

Sheila Ritson-Bennett is Corus Entertainment’s first Head of Environment and Sustainability. In the newly-created role, Ritson-Bennett will work with leaders across the company to shape Corus’ broader environment, social and governance (ESG) strategy while providing legal and industry counsel on related social and policy matters. Ritson-Bennett most recently held sustainability and risk management roles with BMO Financial Group and TD. She also has extensive experience within the Ontario government, as legal counsel at the Ministries of Natural Resources, Forestry and Energy with expertise in regulatory, environmental, trade and aboriginal law.

Mehernaz Lentin is Telefilm’s new National Director, Feature Film – English Market for a five-year term, starting Dec. 6. Lentin was previously Senior Director of CBC Films, responsible for overseeing the funding and pre-licensing of Canadian features for broadcast on CBC and  CBC Gem. Prior to joining CBC in 2017, Lentin was an independent producer. Telefilm’s Regional Feature Film Executives will report directly to her.

Kelly Wilhelm, Canada Media Fund’s Chief Strategy Officer, has left the organization to take a federal Chief of Staff role with the Minister of Sport and Minister of Economic Development for Quebec, Pascale St-Onge. A 20-year arts & culture strategist, Wilhelm took on the newly-created role at CMF in 2019, tasked with helping set the future trajectory of the organization. She’s previously worked as a senior policy advisor for the Minister of Canadian Heritage.

Curtis White is joining Network Entertainment as a Business Development Executive for Network NFT Studios and an Executive Producer for emerging content initiatives. White was part of the founding group of Vancouver’s Thunderbird Entertainment and spent more than a decade there in a number of positions on both the corporate and creative side. His past roles include Business Development, Investor Relations, and most recently Head of Digital for the Thunderbird Group of Companies.

Carolyn Newman has been appointed EVP, Global Scripted, and Virginia Rankin in-house Executive Producer, at Canadian-headquartered Blink Studios. Based in Los Angeles and reporting to CEO John Morayniss, Newman will focus on the development of scripted content for the newly-launched indie studio. Based in Toronto, Rankin will work closely with Newman to discover new and diverse voices in Canada and internationally. Newman joins Blink from Will Packer Media, where she served as Head of Scripted Television and Production. She was previously Director of Original Series for Netflix and prior to that SVP of Scripted Programming at Entertainment One. Rankin is an independent producer working across scripted development and production. She served as Executive Producer of Sphere Media medical drama Transplant, and prior to that was Executive Producer of four seasons of police drama 19-2 (CTV).