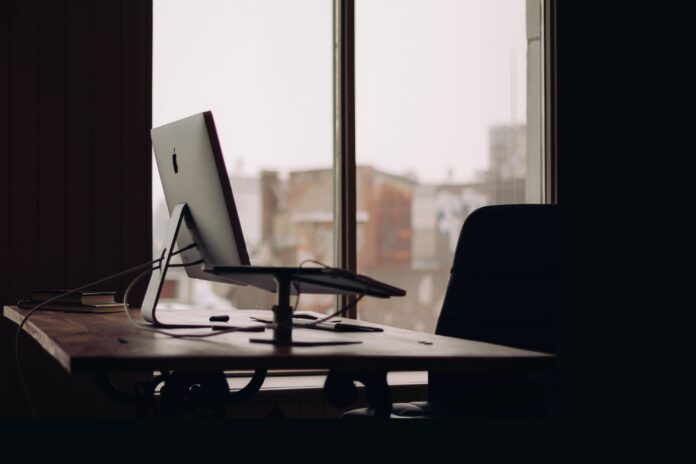 Tony Staffieri, Chief Financial Officer of Rogers Communciations, has left Rogers effective Sept. 29. No reason has been given for his departure. Staffieri had been with the company since 2012 and has also served as a Board Director for Maple Leaf Sports & Entertainment. Paulina Molnar has been appointed interim CFO. Molnar has been with Rogers for 16 years and is currently Senior Vice President, Controller and Risk Management.

It’s always hard to say goodbye. @BenMulroney, you are one of a kind. pic.twitter.com/Nw6S6ZdgcD

Ben Mulroney has announced his departure from CTV’s Your Morning to focus on producing after 20 years with the network. His last day on the national morning show will be Friday, Oct. 1. Mulroney said he plans to focus on producing, developing scripted and unscripted projects, including possible collaborations with Bell Media. Mulroney has been with Your Morning since it premiered in 2016. He first joined CTV as an entertainment reporter for Canada AM in Oct. 2001. He joined ETALK’s debut season as a co-host the following year, stepping away from the entertainment magazine in June 2020 saying he wanted to “create space” for new, diverse voices. Mulroney also hosted six seasons of Canadian Idol for the network. Read more here.

Amber Payie is leaving 105.9 The Region (CFMS-FM) Markham, ON to relocate to Phoenix, AZ with her husband. Kevin Frankish will take over Payie’s afternoon time slot, starting Monday, Oct. 4. Frankish was the longtime host of Citytv’s Breakfast Television in Toronto, prior to his departure from the show in 2018. In the interim, he’s been hosting mental wellness podcast and livestream, The Happy Molecule.

Chris Johnston is joining TSN as a hockey contributor to Insider Trading, SportsCentre, 7-Eleven That’s Hockey and TSN 1050 (CHUM-AM). Johnston announced earlier this month he was leaving Sportsnet to join Nordstar’s new gaming company where he’ll cover the Toronto Maple Leafs and NHL for the new gaming company’s sports betting business. His work is also being syndicated to other publications, including the Toronto Star.

Kris Pangilinan has left the morning assignment desk at CP24 Toronto. Pangilinan had been with the station the last four years. Prior to that, he worked with CTV News Channel in various production and editorial assistant roles.

#BREAKING: Today is my last day at Toronto’s Breaking News CP24. It has been an honour of a lifetime to work at the busiest news desk in Canada.

Claire Hanna is leaving CTV News Regina. Hanna has been a sports reporter and videojournalist with the station since 2018. She’s also worked as a sideline reporter for CFL on TSN.

Chantal Dunn is making an internal move within Rogers Sports and Media to host the midday show at 97.7 Rock (CFGP-FM) Grande Prairie. Chantal arrives from Edmonton, where she’s been a weekend host at SONiC 102.9 (CHDI-FM).

Julia Wong has joined CBC Edmonton as a national reporter. Wong has been with Global News Edmonton for the last six years. The University of Southern California Communication & Journalism graduate has also done reporting stints with Global Halifax and Global Okanagan.

John O’Dowd is leaving his Executive Producer role at Global News Radio flagship station, 980 CKNW Vancouver, after seven years. Prior to joining CKNW in 2014 as the Senior Producer of The Jon McComb Show, O’Dowd worked as a researcher and content producer at Newstalk 106-108 FM in Dublin, Ireland.

David Foot has left CJBQ 800 Belleville and the Quinte Broadcasting newsroom to take up a new role with the Belleville Senators Hockey Club as Coordinator of Media and Community Relations. Foot has been the play-by-play announcer for the team since 2017. He started his career with Quinte in 2006 and with the exception of a two-year stint with CJMB-FM Peterborough, has been with the company since.

Greg O’Brien has been named news director at CHCH Hamilton. The founder and publisher of Cartt.ca for the last 16 years, one of O’Brien’s responsibilities in his new role will be digital audience development.

Tom Hastings has joined Montreal prodco Muse Entertainment in the newly-created role of Vice-President of Scripted. Up until last February, Hastings was Director, Original Programming at Bell Media for the last eight years. Prior to that, he served as CBC’s Head of Drama, TV Arts & Entertainment and as a production executive at Alliance Atlantis.

Rachel Décoste has been appointed NFB’s Director, Diversity, Equity & Inclusion, a newly-created position. She’ll act as the lead advisor to the NFB in support of diversity, equity and inclusion (DE&I) goals and objectives, and ensure NFB’s programs and policies are equitable and inclusive. Décoste is a writer, educator and social policy expert, working with organizations like the Children’s Aid Society, Famous 5 Foundation and the Black Canadian Scholarship Fund. She also worked on Barack Obama’s 2008 and 2012 presidential campaigns.

Joana Vicente is leaving her position as Executive Director and Co-Head of the Toronto International Film Festival (TIFF) after three years to head the Sundance Institute as its new CEO. She succeeds Keri Putnam, who stepped down earlier this year. Vicente has produced over 40 films including Oscar-nominated documentary Enron: The Smartest Guys in the Room and Jim Jarmusch’s Coffee and Cigarettes. She’s also founded three production companies, in addition to a decade at the Independent Filmmaker Project.

The Canadian Media Producers Association (CMPA) has unveiled its Board of Directors for the 2021-23 term. CMPA has also two announced senior staffing updates. Rob Searle, previously Senior Vice President of Finance, is promoted to the role of Chief Financial Officer, joining the CMPA’s executive leadership team and reporting to CMPA President and CEO, Reynolds Mastin. The CMPA has also hired Chris Kelsey in the newly-created role of Lead, Human Resources. Previously, Kelsey was the Director of Human Resources at TO Live and has also worked for the ACTRA Performers’ Rights Society.