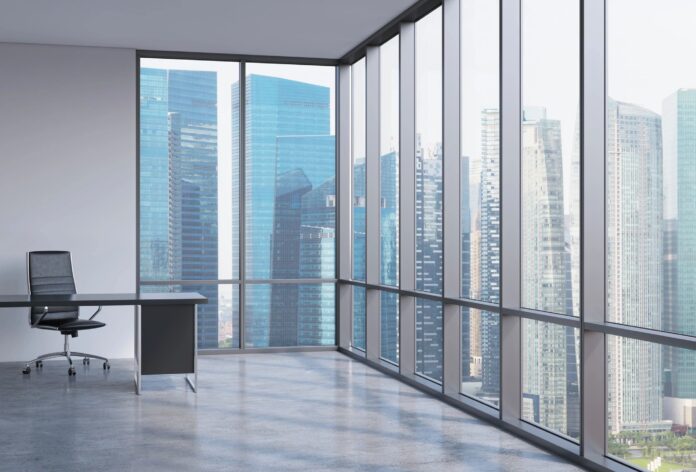 Adam Owen, Managing Editor, CBC Tandem has left the public broadcaster’s embattled branded content division to work for crisis communications firm, Navigator. Owen had been with CBC since August, hired to oversee the custom content division’s overall strategy and vision. Prior to joining CBC, he was Director of Content and Strategy for Postmedia Networks.

Pierre Champoux will replace Guy Gendron as Radio-Canada’s ombudsman, effective July 1. Champoux has been with Radio-Canada for 17 years, most recently as Director of Digital Operations. He’s been in media for more three decades with previous stops at TVA Group, as well as CKAC and CJMS Montreal.

Véronique Caissie is Corus Entertainment’s new Manager, Communications and Marketing. She’ll develop communication and marketing strategies for the Séries Plus, Historia, Télétoon and La Chaîne Disney channels. With an MBA in management, Caissie has 10 years of experience in the communications industry, most recently as an advisor at the Société du parc Jean-Drapeau. She’s also held communications and marketing roles with Astral/Bell Media, and Groupe Musique Greg.

Phillip Croucher is joining Global News as Online Regional Managing Editor for the network’s Eastern markets, including Halifax, New Brunswick and Montreal. Croucher had been with CBC Nova Scotia for the past nine months. Prior to that, he was the former bureau chief for Star Metro Halifax.

Scott Johnston, former City Hall bureau chief for 630 CHED Edmonton, has announced he’s running for an Edmonton City Council seat in the new riding of Ipiihkoohkanipiaohtsi (Ward 10). Johnston covered sports and news for 630 CHED for 27 years, up until layoffs at Corus last August.

Tamara Khandaker is joining The Globe & Mail as the host of its new daily podcast. The former host and producer of the Global News Wait, There’s More daily podcast, Khandaker has been working with CBC Podcasts as a producer for the last seven months after also getting caught up in layoffs last summer at Corus Entertainment.

Heather Seaman has joined 105.9 The Region (CFMS-FM) Markham as the new afternoon news anchor. Seaman was part of recent layoffs at Newstalk 1010 (CFRB-AM) Toronto. She’d been with Bell Media since 2018. Prior to that, she was a segment producer and correspondent with CPAC for eight years.

Alanna Kelly has joined Glacier Media as a reporter, based on Vancouver Island. Up until February’s Bell Media layoffs, Kelly was an anchor and reporter at CTV Vancouver Island. She’d been with the station since 2019.

Ted Henley has joined 770 CHQR Calgary as an anchor, reporter and producer. Up until the fall of 2019, Henley was a host and anchor on Citytv’s Breakfast Television. He’s also held roles with 660 News (CFFR-AM) and Global Calgary.

Elizabeth Zogalis is joining Global Montreal. Zogalis was a reporter with CJAD Montreal until getting caught up in Bell Media layoffs earlier this month.

Mary Cranston is rejoining CityNews Vancouver. Cranston was formerly the host of the station’s local edition of Breakfast Television, up until layoffs at Rogers Sports & Media in November.

Lindsay Biscaia is joining CTV News Barrie in March as the new 6 p.m. anchor. For the past three years, she’s been anchoring the morning show on Global Peterborough as well as the morning news on sister stations, 100.5 Fresh Radio (CKRU-FM) and 101.5 The Wolf (CKWF-FM). Prior to that, she was a videographer and backup weather analyst at CHEX TV Peterborough.

Megan Batchelor has left the CBC to join Vancouver International Airport (YVR) as a Communications Specialist. Batchelor had been a reporter with CBC Vancouver since 2015.

Jessica Robb is departing Global Edmonton. The 2019 McEwan University Journalism grad has been an editorial assistant with the station since June 2019.

Darren Worts has announced he’ll be joining Rogers Sports & Media in mid-March as host of the afternoon show on 98.3 Star FM (CKSR-FM) Chilliwack and middays on Ocean 98.5 (CIOC-FM) Victoria. Worts was previously on-air at Power 104 (CKLZ-FM) Kelowna up until July 2019 and has most recently been doing freelance voiceover work.

Brett Hendrie is leaving Hot Docs after 20 years with the organization and eight years as Executive Director. Hendrie is taking a new position at the University of Toronto’s Rotman School of Management, but will provide strategic advice through the upcoming festival, April 29-May 9. Hot Docs’ former executive director and current president, Chris McDonald, will assume chief executive responsibilities until a successful candidate is found.

Kadon Douglas has been named BIPOC TV & Film’s inaugural Executive Director. Most recently, Douglas worked within the Dean’s Office at FCAD, Ryerson University’s faculty of communication and design, as its manager of marketing and communications. For four years, she also led communications and membership engagement at Women in Film & Television-Toronto (WIFT-T). She’s also a two-time fellow of the Hot Docs Film Festival: Doc Accelerator (2013) and Shaw Media Diverse Voices (2015), as well as the former chair of the Reelworld Film Festival.

Peacock Alley Entertainment has bolstered its team with the creative leadership appointments of Diana Foley as Director, Nonfiction Development and Production and Eli Campbell as Director, Scripted Development, while Michael Brum joins as Director, Post Production. Foley’s appointment follows numerous project-specific positions with the company on titles like A User’s Guide to Cheating Death (Zoomer/Netflix), 50 Ways to Kill Your Mum/The Parent Trip (Zoomer/ BYUtv), Taste Testers (Food Network US) and Tower of Song: A Memorial Tribute to Leonard Cohen (CBC). Campbell joins Peacock Alley from Hawkeye Pictures, where he was involved in developing multiple features and series, including international co-production Propaganda: The Art Of Selling Lies. Brum has worked in various post-production positions for companies like Entertainment One, Forté Entertainment, and Banger Films. Kellie Hogan also joins Peacock Alley as Development and Production Coordinator, supporting Foley, Campbell and Brum. Her credits include The Next Step, Titans, American Gods, and Schitt’s Creek in various roles from supporting showrunners and writers to cast and production coordinating.