Maya Johnson has been named the new anchor of CTV Montreal’s CTV News at 5 and CTV News at 11:30. Currently the station’s Québec City Bureau Chief and on maternity leave, she’ll remain there to cover the winter session of the National Assembly before taking up her new role in Montréal at the end of March. She takes over from longtime CTV Montreal anchor Paul Karwatsky, who left the station in September to focus on autism awareness.

Morgan Campbell is CTV Regina’s new CTV News at Noon and CTV News at Six weekday co-anchor, alongside Lee Jones and meteorologist Warren Dean. Campbell spent more than a decade as a reporter at CTV Yorkton and CTV Regina before stepping away for a few years to focus on her family. She returned to the station earlier this year as a reporter.

Bianca Millions has been released by CTV Edmonton after three years as a host and producer. Millions was previously with CTV Regina as a sports anchor and reporter.

I was let go from CTV this morning. I had a wonderful experience there, and am so grateful for the friends I made and people I got to meet in the last 3 years! This being said, I am looking for a job, likely outside media. Drop me a line if you know of any great opportunities 🤍

Isabelle Raghem is leaving CityNews Vancouver to join CBC Vancouver as a reporter and weekend host/producer. Raghem has been a VJ with CityNews since 2018 and has held similar roles with CHEK News Victoria and CHCH Hamilton.

Vanessa Ong has left the Jim Pattison Broadcast Group after more than 10 years as Executive Assistant to the President. She’s now the Events Manager for the Naut’sa mawt Tribal Council.

David Pate has retired after 31 years as a senior producer at CBC Nova Scotia. Pate most recently had been producing regional radio call-in show Maritime Noon. Longtime radio producer Diane Paquette succeeds him in the role.

Carol Fysh has retired from Today’s Shopping Choice (TSC), formerly known as The Shopping Channel. She’d been with TSC since 1999, most recently as host of ‘Intimately You.’ Fysh’s 30-year broadcasting career started at AM96 Cambridge, ON, with stops at CHAM-AM and CHCH-TV Hamilton.

Asa Rehman is leaving Mediapro Canada’s OneSoccer where he’s been part of the SVOD channel’s founding on-air team for the last two years. Rehman was previously with Global News in both Toronto and Vancouver as a sports and news anchor.

Tegwyn Hughes is joining Narcity Canada as an Associate Copy Editor. Hughes, a 2020 Queen’s University graduate, is also part of the founding editorial team of student journalism site, The Pigeon.

Peter Nowak has joined independent ISP TekSavvy Solutions as Vice-President of Insight & Engagement. Nowak is a writer and author, including previous stints as a tech reporter with CBC, the National Post, and the New Zealand Herald.

Sabah Mirza will succeed Dale Hancocks as Corus Entertainment’s Executive Vice President and General Counsel, effective Nov. 23. Mirza, who will also assume the role of Corporate Secretary to the Corus Board of Directors, was most recently Executive Vice President, Business Affairs at the Sunwing Travel Group. Hancocks began his career at Corus in 1996 as Legal Counsel to Nelvana, before going into private practice and then returning in 1999 to become Managing Director for Nelvana’s international content distribution business. He’s held his current role since 2005. He and Mirza will work together through Dec. 11 to ensure a smooth transition.

David Goldstein, who has been the COO at Gusto Worldwide Media for the last year, has been appointed Travel Alberta’s new CEO, effective Nov. 16. Prior to working with Gusto, Goldstein was President and CEO of federal marketing org, Destination Canada. He’s also held the role of SVP, Regulatory Affairs with Bell Media and VP, Government & Regulatory Affairs with CHUM. 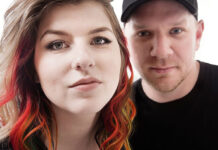