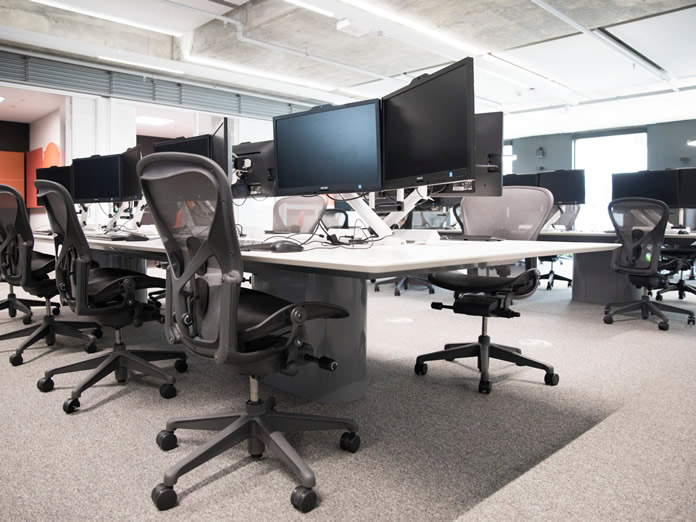 Jim Pattison Broadcast Group (JPBG) has reorged its Alberta programming team. Mark Hunter steps away from day-to-day programming duties for 102.3 NOW! Radio (CKNO-FM) Edmonton to focus on his role as Senior Programmer for Calgary and Edmonton, in addition to the JPBG Senior Programming team. He’ll work closely with the PDs for NOW!, Up! 99.3 (CIUP-FM) Edmonton, Wild 95.3 (CKWD-FM) Calgary and 101.5 Today Radio (CKCE-FM) Calgary, among other JPBG stations. Jay Stone turns his focus solely to the Edmonton cluster as the new Program Director for 102.3 NOW!, in addition to Up! 99.3. Jonathan Best assumes the PD role for 101.5 Today radio and Wild 95.3. Currently on-air as “Jonny B” as Wild 95.3’s afternoon drive host, he’ll be relinquishing his on-air slot. JPBG has posted for the afternoon drive show position.

Want to convince you guys I’m not sad, but I ALSO want to share this video. pic.twitter.com/sjehHgDk3J

Michel Trudel is extending his association with MELS through Dec. 2021 as France Lauzière, President and CEO of TVA Group, has announced the acceleration of MELS’ business plan. Trudel, who was to step down from his role as president at the end of the year, will continue to serve as a strategic consultant. Martin Carrier succeeds him as president, effective immediately.

Ismaila Alfa is the new host of Metro Morning on CBC Radio One in Toronto. Alfa is currently on-air at CBC Winnipeg where he’s been host of afternoon drive show Up To Speed since 2013. He’ll take up his new role on Aug. 24.

Roger Petersen’s co-hosting run with Breakfast Television in Toronto has come to an end. Petersen had been with Citytv for most of the last 21 years and co-host of Breakfast Television for the past two years, alongside Dina Pugliese. Petersen has held a variety of roles with the network, starting as a reporter, anchor and host of Autoshop in 1999. He also anchored at Citytv Vancouver for two years before returning to Toronto. Read more here.

Hale Speedy has joined the Corus Kingston team, as Program Manager for 96.3 BIG FM (CFMK-FM) and 104.3 Fresh Radio (CKWS-FM). Speedy moved to Canada this past March from Wellington, NZ, where he was most recently with MediaWorks as Operations Manager, overseeing programming and promotional strategy for nine stations. He was previously the network’s music manager, scheduling music for 20 stations within the More FM Network.

Conrad Black’s weekly appearances on Toronto’s AM 640 (CFMJ-AM) have been permanently cancelled. Black outlined his unceremonious release as a contributor to The John Oakley Show in a June 27 opinion piece in the National Post.

Kelly Linehan has left CP24 to freelance. She’d been a reporter/anchor with the station since Dec. 2018 following stints with CTV Morning Live in both Winnipeg and Halifax.

Mark Iype is joining Global Edmonton as managing editor. Iype is the former editor-in-chief of the Edmonton Journal and Edmonton Sun and up until this past February was leading special projects for the Postmedia Network.

Marc Cossette has joined Global News in the newly-created role of investigative producer in the Ottawa bureau. He departs CPAC where he’s been a reporter and producer for the past two years.

Morgan Campbell has joined CBC Sports as a Senior Contributor. Campbell is a longtime Toronto Star reporter with a focus on sports and the business of sport.

Megan Shaw, who is celebrating five years as a reporter, anchor and producer with CTV Ottawa, is taking on a new role as the 11:30 p.m. news anchor. Prior to joining CTV in 2015, Shaw was an anchor with 580 CFRA Ottawa and a VJ with CityNews in Edmonton.

A little personal news to share – As I celebrate FIVE years with #CTVOttawa I’m excited to announce I’ll be staying up a little later than usual as I take on a new role – anchoring the 11:30 news. Thankful to my amazing leaders and team at CTV for always assisting & encouraging growth over these last few years ❤️ & as always thank you to our amazing viewers for trusting me with your stories! See you at 11:30!

Tara Lopez, morning co-host at Pulse 107.7 (CISF-FM) Surrey, is joining CTV Morning Live in Winnipeg as the morning reporter. Lopez had been with Pulse since 2016 as both a host and promotions coordinator.

Teresinha Medeiros has left AM 800 (CKLW-AM) Windsor after 22 years. She started with the station in 1998 as weekday reporter. Medeiros has joined Windsor Regional Hospital as Communications Coordinator.

Caden Fanshaw has joined 101.3 The River (CKKN-FM) in Prince George as a weekend and fill-in host. Fanshaw is a 2020 graduate of BCIT’s Broadcast and Online Journalism program.

Riley Phillips is the new evening traffic anchor at News 1130 (CKWX-AM) Vancouver. Phillips is a former producer and traffic reporter at Sportsnet 650 (CISL-AM).

Gord Martineau, former longtime CityNews anchor/reporter, has joined Toronto’s ARHT Media in the capacity of Media Advisor and Consultant. ARHT is a developer of holopresence tech whose Virtual Global Stage platform allows speakers in multiple locations to appear as if they’re onstage together.

Jacob Glick has joined TELUS as Vice President, Public Policy. Glick was formerly General Counsel and Head of Public Policy, Government Relations, Intellectual Property, Regulatory and Corporate Governance at Kitchener-based North, the maker of Focals by North smartglasses, which has been acquired by Google.

Steve de Eyre, who has been head of Public Policy for Amazon in Canada for the last four years, has announced he’s joining TikTok as Director of Government Affairs for Canada. His appointment comes amid increased security concerns about the Beijing-based mobile video sharing app.

Julie Scott has joined The Athletic as Managing Editor, News. Scott was formerly with the Canadian Press for 18 years as a sports editor and reporter, among other roles.

Brent Jolly is the new president of the Canadian Association of Journalists (CAJ) Board of Directors. Jolly is an independent journalist and director of communications, research, and community management with the National NewsMedia Council of Canada (NNC). Fatima Syed, reporter at The Logic, is the organization’s new vice-president.

Ilker Akin is Nautel’s new Regional Sales Manager for Europe, Israel and Russia. Akin, who is based in Germany, was most recently Chief Marketing Officer at Cestron International GmbH Potsdam, Germany and Elsyscom GmbH Teltow, Germany.

Kyle Dibbin is Nautel’s new Regional Sales Manager, Africa and the Middle East. He has been with Nautel since 2012, starting in a test and repair capacity and later moving to Customer Service. His most recent position was Business Development Manager, VS Sales.