Naidoo succeeds former commissioner Linda Vennard as regional member for Alberta and Northwest Territories, while Desmond fills the vacancy left by Atlantic Canada and Nunavut commissioner Christopher MacDonald, whose term ended in mid-June. Naidoo and Desmond will each serve a five-year term.

Naidoo, who is currently Executive Director of urban environmental charity, Green Calgary, is a veteran television anchor who spent 14 years with Global Calgary and another four anchoring with CBC Calgary, before moving into communications in 2013. She ran unsuccessfully as the federal Liberal candidate in Calgary Rocky Ridge in the last election.

Desmond, the Director of Legal and Administration with the New Brunswick Energy and Utilities Board, was previously in private practice for over 12 years. She also teaches part-time at UNB Law School and is the current Chair of the Administrative Law Section for the Canadian Bar Association (New Brunswick Branch), a member of the Board for Symphony New Brunswick, a member of the Accounting and Auditing Standards Oversight Council, and the Atlantic Canada Lead for Women General Counsel Canada.

The new appointments create an entirely female contingent of Vice-Chairs and Commissioners under the leadership of Chairperson Ian Scott, offsetting the commission’s entirely male level of senior management. 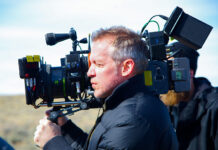