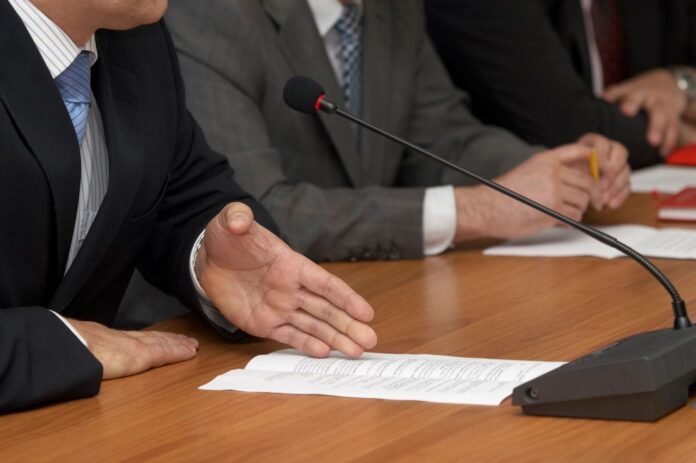 The Canadian Association of Journalists (CAJ) and Canadian Journalists for Free Expression (CJFE) are condemning a decision by Ontario Provincial Police to lay charges against award-winning Indigenous journalist, Karl Dockstader. Dockstader, the co-recipient of the 2020 CJF-CBC Indigenous Journalism Fellowship, was arrested and charged with mischief and failure to comply with a court order on Sept. 2 while covering a land dispute between members of Six Nations, the band council, and a development company, on land known as the Haldimand Tract. The arrest bans him from the site under threat of more charges. The arrest marks the third time in recent years police have attempted to lay charges against journalists for covering land conflicts between Indigenous people and the Crown. Dockstader has been reporting on the dispute most of the summer, filing reports for Canadaland, as well as the podcast he co-hosts, One Dish, One Mic, which airs on Newstalk 610 CKTB St. Catharines.

Rogers Communications has reaffirmed its commitment to expand and grow its presence in Quebec, following its failed proposal to acquire Cogeco’s Canadian assets. Rogers says upon successful completion of a Cogeco transaction, it would ensure that Cogeco’s headquarters and management team remain in the province, including the operations of the company’s Quebec-based media assets. Rogers says it would follow a similar approach after the purchase of Fido 16 years ago, with the brand headquartered in the recently renovated downtown Montreal headquarters at Place Bonaventure after a $42M investment in new offices. Following rejection of the unsolicited takeover bid by both the Audet family, who hold a controlling interest in Cogeco and its board of directors, Altice USA and Rogers said they “remain committed to pursuing this transaction and are open to engaging with shareholders and the boards in a constructive dialogue.”

Rogers Communications has purchased family-owned rural broadband provider Cable Cable in Fenelon Falls, ON. Established in 1983, the company provides internet, TV and home phone service to about 6,000 homes and businesses in the Kawartha Lakes Region.

The CRTC has released a report that finds that the vast majority of participating Canadian Internet service providers (ISPs) have met or exceeded the maximum download and upload speeds they advertise. Participation by ISPs in the current study was voluntary and included Bell Aliant, Bell Canada, Bell MTS, Cogeco, Northwestel, Rogers, Shaw, TELUS and Vidéotron. The data was collected from Oct. 1 to Oct. 31, 2019.

The CRTC  is proposing new deadlines to launch next-generation 911 services, including text messaging. Following the suspension of next-generation 9-1-1 (NG9-1-1)-related deadlines in April due to the COVID-19 pandemic, the commission is initiating a proceeding to establish what those deadlines should be. The deadline for submission of interventions is Oct. 19.

TELUS CEO Darren Entwistle has been named the Gold Winner of the CEO Achiever – Champion of the Year Award in the Eighth Annual 2020 CEO World Awards. The award recognizes Entwistle’s leadership in leveraging TELUS technology and social purpose to support Canadians and the most vulnerable during the COVID-19 pandemic. Entwistle donated his salary for the second quarter of 2020 to fund initiatives aiding the fight against COVID-19, with the Entwistle Family Foundation, matching that donation. Since March, TELUS has committed $150 million in support during the pandemic, including $20 million to purchase medical technology and equipment, as well as food security, outreach to isolated seniors, virtual education programs and mental health initiatives.

FEATURE: Eric Blais’ latest Rethinking Media column explores how unpacking social systems can help your sales process. He poses questions like how well do you know your audience beyond simple demographics? How well do you know your advertisers’ business objectives, styles, challenges and aspirations? And how, when and where does your audience communicate? Read more here.