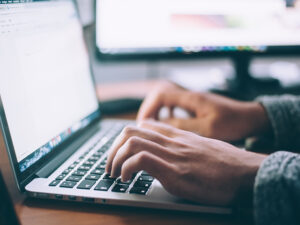 Canadian Heritage Min. Pablo Rodriguez has introduced Bill C-18, the Online News Act, which would establish a new legislative and regulatory framework aimed at ensuring fairness in the Canadian digital news marketplace. Bill C-18 would require tech giants, like Facebook and Google, to make fair commercial deals with outlets for the news and information shared on their platforms. The bill, modeled after similar legislation in Australia, allows media outlets, big and small, to bargain collectively. Companies that already have a deal in place would apply to the CRTC asking to be exempted from mandatory negotiation. Digital platforms could face penalties of up to $15 million per day for repeated non compliance. The federal government says in 2020, online advertising revenues in Canada reached $9.7 billion, with two companies taking in more than 80% of that.

CRTC Chair Ian Scott addressed concerns about Bill C-11 in a speech to Media Growth and Innovation students at Ryerson University on April 1. Currently at the second reading stage, Scott says while critics argue C-11, in its current form, leaves too much for the CRTC to figure out, he also warns against being too specific in the fast-changing digital landscape. He also addressed concerns about the regulation of user-generated content, saying it’s clear to the commission, the Bill’s intent is to exclude individual users from regulation.

CBC Ombudsman Jack Nagler has weighed in on Ginella Massa expressing her personal opinion on Islamophobia. Massa, who has the distinction of being the first Canadian to anchor in hijab, discussed the climate for Muslims with host David Common during the public broadcaster’s coverage last June 8 of a vigil for the victims of an attack on a Muslim family in London, ON. A complainant suggested that following the report, it would be difficult for Massa and Common to ask politicians questions about Quebec’s Bill 21 (the law that prohibits religious symbols from being worn by some civil servants) in an objective fashion. Nagler concluded there was no violation of CBC’s journalistic standards, writing “it should be recognized that Ms. Massa faced a particular challenge in being asked to blend her own personal experiences with her insights into the Muslim community as a whole. I suspect that is a burden that racialized journalists experience more often than their colleagues, and makes it harder to avoid stepping over the line into opinion. I encourage programmers to search for ways to mitigate that, and in doing so they should listen to the views of journalists from underrepresented groups.”

The Jack Webster Foundation has announced the recipients of its Professional Development Fellowships for 2022. They include Kelsie Kilawna, Cultural Editor/Senior Aunty, IndigiNews, Vernon, BC; Shalu Mehta, Lead Reporter, The Discourse, Victoria, BC; Janis Cleugh, Reporter/Copy Editor/Paginator, Tri-City News, Coquitlam, BC; and Nora O’Malley, Reporter/Photojournalist, The Westerly News, Ucluelet, BC. All four will take part in courses offered by the Poynter Institute for Media Studies. Read more here.

The Jack Webster Foundation is accepting nominations for the new Shelley Fralic Award, in honour of the Vancouver Sun columnist who died in 2021. The award celebrates a B.C. journalist, who identifies as a woman, and exemplifies Fralic’s legacy of making her community a better place. Nominations are to be made by someone other than the nominee by July 3. The Western Association of Broadcasters (WAB) has opened submissions for its annual WAB Awards. Stations have until April 15 to submit entries in the following categories: Gold Medal Award for Community Service, Gold Medal Award for Digital Innovation, Leader of Tomorrow, and Hall of Fame. Winners will be announced at the WAB Presidents Dinner & Awards Gala on June 9 in Banff. Xplornet Communications has completed the acquisition of Winnipeg-based Full Throttle Networks, which operates a fixed wireless network providing broadband access service to over 1,600 residential and commercial customers in Winnipeg and surrounding communities. The acquired customers are anticipated to benefit from Xplornet’s fibre-to-the-premise and 5G fixed wireless rollout plans in Manitoba. Xplornet is currently expanding its fibre network across the province and upgrading towers with 5G equipment to deliver faster speeds to over 350 rural and 30 First Nation communities.