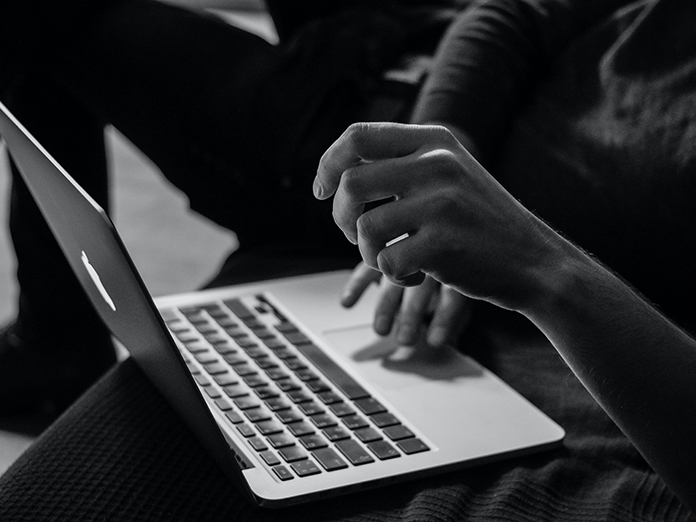 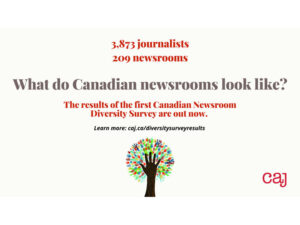 The Canadian Association of Journalists (CAJ) inaugural Canadian Newsroom Diversity Survey, finds Canadian media is still overwhelmingly white, particularly at the management level. The most comprehensive survey of its kind ever undertaken, the CAJ collected data on 3,873 journalists from 209 Canadian newsrooms across radio, television, digital and print media. Approximately 90% of outlets that participated have no Latin, Middle Eastern or Mixed Race journalists on staff, and about 80% have no Black or Indigenous journalists. The survey found that white journalists tend to hold more senior and stable jobs, while Black and Middle Eastern journalists are twice as likely to work in part-time roles. Other findings from the survey include that women now outnumber men in the industry, accounting for 52.7% of all newsroom staff, compared to 46.7% who identify as men and 0.7% that identify as non-binary. Read more here.

The Canadian Ethnic Media Association (CEMA) has announced the winners of its 43rd Annual Awards for Journalistic Excellence. This year’s winners include Steve Hon Man So, Producer, Fairchild Television, for Three Kinds of Trust in the Television category; Marcelo Donato, Host/Producer of Perspectango, CHIN Radio, Ottawa, in the Radio category; and Ryan Funk, Communications and Marketing Specialist, U. Multicultural Inc., for We Stand Together, in the Podcasting category. The CEMA Awards will be broadcast on OMNI 2, OMNI BC, and OMNI ALBERTA on Friday, Dec. 3 and repeat on Sunday, Dec. 12.

CBC/Radio-Canada has released its Q2 financial highlights, noting a 70.7% revenue increase in the quarter, mainly driven by growth in advertising revenue as a result of the Tokyo 2020 Olympic Games. TV advertising continues to recover, while the public broadcaster also benefited from higher digital advertising and subscription revenue from its digital platforms as the market continues to shift away from television. Expenses increased by 34.1% as this quarter’s results included the rights and costs to broadcast Tokyo 2020. Ongoing expenses were also comparatively higher over last year as they were not impacted by the delays or cancellations of programming due to COVID-19 in the prior year. A busy news quarter, marked by the federal election and special sporting events, also increased expenses. Government funding recognized in the quarter decreased by 1.9%, consistent with anticipated needs for operating funding. 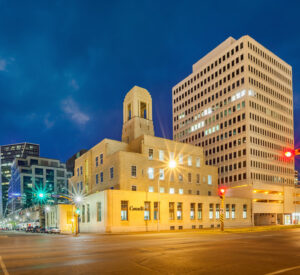 Samsung Electronics has announced its establishing a new regional office in Regina to support its growing relationship with SaskTel. Based in downtown Regina, the regional office will support the deployment of 5G network capabilities in the province. In March, it was announced that Samsung would supply all hardware, software, and associated expertise to deploy SaskTel’s 5G solutions. SaskTel plans to begin deploying its 5G network on a limited basis by the end of 2021, with wider deployment planned for 2022 in Regina and Saskatoon. 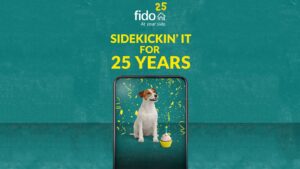 Fido is marking its 25th anniversary with new campaign, “At Your Side.” The Montreal-born Rogers flanker brand is also partnering with CBC & Radio-Canada Media Solutions as part of its regional brand campaign to launch a new branded content web series on ICI Tou.tv. Created for the broadcaster’s Quebec audience, the final episode will air live during the ByeBye, the iconic New Year’s Eve sketch comedy special aired every year on Radio-Canada.