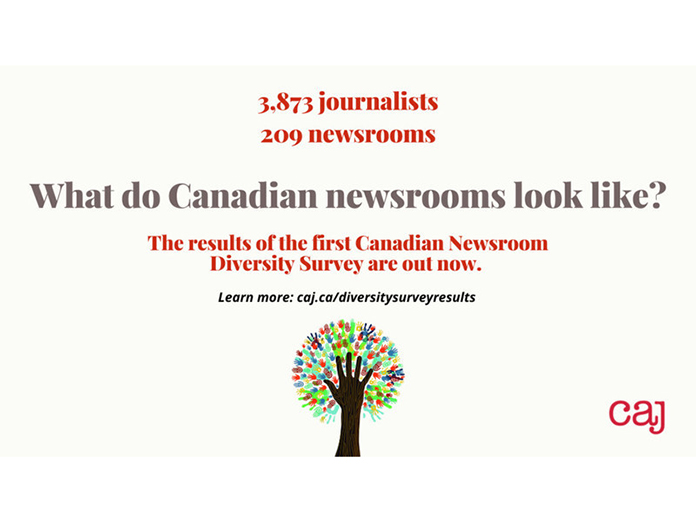 The most comprehensive survey of its kind ever undertaken, the CAJ collected data on 3,873 journalists from 209 Canadian newsrooms across radio, television, digital and print media.

Approximately 90% of outlets that participated have no Latin, Middle Eastern or Mixed Race journalists on staff, and about 80% have no Black or Indigenous journalists.

Other findings from the survey include that women now outnumber men in the industry, accounting for 52.7% of all newsroom staff, compared to 46.7% who identify as men and 0.7% that identify as non-binary.

A 17-page report detailing national results, methodology, and a full list of who participated can be found here. The CAJ worked with data analytics firm Qlik to develop an interactive website to visualize the results. The CAJ plans to conduct the industry-wide study on an annual basis going forward.