Rogers Communications says the identified cause of its full-service outage on July 8 was a network system failure following an update in its core IP network that caused its routing network to malfunction. A coding error during the scheduled update deleted a routing filter, overwhelming its core network. Tony Staffieri, President and CEO of Rogers, was among those who appeared before the Standing Committee on Industry and Technology (INDU) on July 25. Among the measures Staffieri said the company is taking to prevent future outages is an “Enhanced Reliability Plan”, working with government and competitors on a formal agreement to ensure that 9-1-1 calls can always be made even in the event of an outage on any carrier’s network. Rogers says to guard against another system-wide outage, it will also set a higher standard by physically separating its wireless and internet networks and create an “always on” network at an estimated expense of $250 million. It also plans to spend another $10 billion over the next three years to build out and strengthen its network. Customer credits estimated at $150 million will be included in the company’s third quarter operating results. Rogers Communications has announced its unaudited financial and operating results for the second quarter ended June 30. Media revenue in the quarter was up 21% year-over-year and 16% year-to-date as a result of higher Toronto Blue Jays revenue, primarily as a result of the return of home games to Rogers Centre and higher advertising revenue, partially offset by lower revenue at Today’s Shopping Choice. The year-to-date increase was a result of negotiation of certain content rates, offset by higher Blue Jays expenses, including player payroll, and game day costs due to the return to the Rogers Centre, as well as higher production and other general operating costs as a result of increased activities as COVID-19 restrictions were lifted. Wireless service revenue and adjusted EBITDA saw growth of 11% in the quarter, while Cable revenue was up 3%. Net income and adjusted net income increased this quarter by 35% and 20%, respectively. 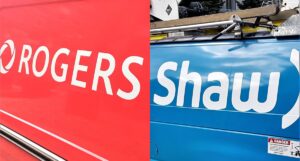 Rogers Communications, Shaw Communications, and the Shaw Family Living Trust have agreed to extend the outside date of the proposed Rogers/Shaw merger to Dec. 31, with the possibility of further extension to Jan. 31. The two parties say they are continuing to pursue the divestiture of Freedom Mobile to Quebecor with negotiations progressing. The new closing date comes as the Commissioner of Competition makes a motion to the Competition Tribunal to put over oral examinations for discovery by four weeks to Sept. 19 – Oct. 7. 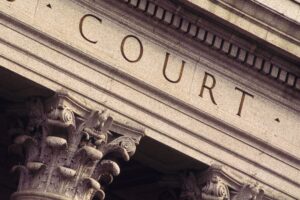 The Canadian Media Producers Association (CMPA) is asking the Federal Court of Appeal to review the CRTC’s recent CBC/Radio-Canada licence renewal decision, alleging “there is no evidence or other reasonable basis to believe that this substantially deregulated framework would actually advance the Broadcasting Act’s policies and objectives.” Filed July 25, the application claims the decision to allow for spending on digital to meet the broadcaster’s licensing obligations wades prematurely into an area of the Broadcasting Act that is currently being reviewed in Parliament. The application also leverages the dissenting opinions of CRTC commissioners Caroline Simard and Monique Lafontaine. AQPM (Association québécoise de la production médiatique) has filed a similar challenge, arguing that the CRTC did not adequately justify the decision to modify exhibition and expenditure requirements.

SAVE THE DATE: The Ontario Association of Broadcasters (OAB) Conference returns in-person, Oct. 18-19 at the Hyatt Mississauga. The conference committee is currently in the planning stages, working on the program and securing sponsors for the 2022 event. The agenda will be based on membership input provided earlier this year. The OAB Awards program also returns with the deadline for entries coming up on Sept.19.