The CRTC is imposing new spending and reporting requirements on CBC/Radio-Canada that the regulator says will promote the creation of more diverse content, while providing the public broadcaster with flexibility to fulfill its mandate across traditional and online platforms. The five-year licence renewal acknowledges how online platforms have changed the way Canadians consume content and for the first time allows the public broadcaster to meet its condition of licence via its streaming platforms, CBC Gem and ICI TOU.TV. The decision is a first in allowing a Canadian broadcaster to meet its Canadian content obligations on a platform outside linear TV and radio. The CRTC is imposing new spending requirements relating to Canadian programming, programs of national interest such as drama and documentaries, as well as Indigenous programming and programming by and for equity-seeking communities; Canadian and French-language content music requirements on radio stations are being maintained to ensure continued support for homegrown artists, while adding a new content requirement for Indigenous music. The CRTC is also maintaining CBC/Radio-Canada’s local programming requirements in non-metro markets where Canadians have access to fewer sources of news and less reliable and affordable internet services. Read more here. 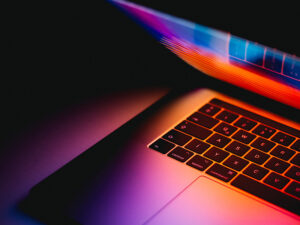 Bill C-11 – the Online Streaming Act – passed third reading in the House of Commons Tuesday afternoon, by a vote of 208 to 117. C-11, which would bring tech platforms like Netflix and Spotify under the Broadcasting Act, now heads to the Senate where it will be subject to a pre-study by the Standing Senate Committee on Transport & Communications. Rogers Communications, Shaw Communications, and Quebecor have announced an agreement for the sale of Freedom Mobile to Quebecor, subject to regulatory approval. The parties say they strongly believe the agreement addresses concerns raised by the Commissioner of Competition and the Minister of Innovation, Science and Industry (ISED) regarding viable and sustainable wireless competition. Under the terms of the Divestiture Agreement, Quebecor has agreed to buy all Freedom-branded wireless and internet operations, spectrum and retail locations on a cash-free, debt-free basis for $2.85 billion. It also includes a long-term undertaking by Shaw and Rogers to provide Quebecor transport services (including backhaul and backbone) and roaming services. The sale does not include Shaw Mobile, whose 450,000 wireless customers would stay with Rogers. The Competition Tribunal has scheduled four to five weeks of hearings for the Competition Bureau’s case against the Rogers/Shaw merger, starting in November

Jack Nagler, CBC’s Ombudsman for English Services, has filed his Annual Report, saying complaints surged in the period from April 1, 2021 to March 31, 2022. The office received 8,457 comments, complaints and expressions of concern, up 60% from the previous year. 431 complaints were received about CBC’s federal election coverage over the course of the campaign – fewer than the number received during the 2019 election. There were 1,342 complaints regarding CBC’s coverage of issues relating to the pandemic with about half dealing with questions relating to the “Freedom Convoy” protest. “So the numbers were way up, but complainants cranked up the volume in a second way, and that was through loud and angry communication,” wrote Nagler. “The frequency and ferocity of fury in the messages I received was jarring, and also somewhat discouraging. While I do not track the number of complaints I reject on the basis of profanity and insulting language, I can report that it has spiked significantly.”

CBC Editor-in-Chief Brodie Fenlon is clarifying that the public broadcaster did not retract any of its stories on the Freedom Convoy. In a new blog post, Fenlon says misinformation continues to “bubble up” about CBC’s coverage, most recently at a special parliamentary committee examining why the Emergencies Act was invoked amid the protests. Fenlon says the claim that CBC News retracted its stories about foreign donations to the convoy protest movement, made via GoFundMe and GiveSendGo, is false and that CBC stands by its reporting. 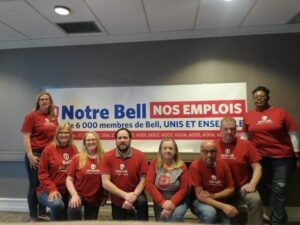 Unifor members in the Bell Canada clerical unit returned a strike mandate June 19, just ahead of this week’s negotiations with the company. The approximately 4,200 workers in the bargaining unit perform clerical and other duties, working across Ontario and Quebec. More than two-thirds of the membership voted, with 65% voting in favour of strike action. Lana Payne, Unifor National Secretary-Treasurer, says with workers witnessing their own household costs skyrocketing at the same time as Bell profits hit record highs, the membership is looking for “real” wage increases. Workers are also seeking to continue to work-from-home and looking for an enforceable floor of employment in the bargaining unit. The union says Bell has engaged in a concerted effort to downsize the bargaining unit through attrition, contracting out and other forms of erosion. The two parties began meeting with a federal conciliator June 20.