radioCount has released Spring 2022 data for five Continuous Measurement markets: Belleville, Peterborough, North Bay, Thunder Bay and Lethbridge. Reflecting data collected between Oct. 4, 2021 and April 24, 2022, highlights of the release include that listeners 12+ tuned an average of 18.1 hours of radio a week. Tuning with women increased across all age demos from Fall 2021, with listening among those 18-49 up 11%, and up 8.5% with women, 25-54. The survey also found that Breakfast listening (Mon-Fri, 6a-10a) increased three per cent from Fall, among adults 25-54. Evening reach (Mon-Fri, 7p-12a) was also up across key buying demos.

OPINION: This week, veteran programmer Don Shafer offers a rebuttal to David Bray’s editorial last week on Format vs. Talent, sparked by the suspension of Q107’s Derringer in the Morning. “Perhaps this is a minor point about what comes first, like a chicken or the egg,” writes Shafer. “However, having worked with some amazing teams across Canada, it’s my opinion that the format is not the magic that comes out of that ‘little box’ that Orson Welles talked about.” Read more here.

Canadian Music Week’s (CMW) RadioActive gets underway Tuesday, June 7 in Toronto featuring in-person programming on Day 1 and on-demand virtual sessions on June 8. Among the highlights, Jeff Vidler of Signal Hill Insights and Caroline Gianias of Radio Connects will present Radio on the Move 2022. Now in its 13th year, the study will include the latest Share of Audio findings and what’s happening with AM/FM streaming and in-car audio consumption. “Radio futurologist” James Cridland will deliver the event’s opening keynote – “Radio’s Bright Future: Ideas for Canada from Around the World.” 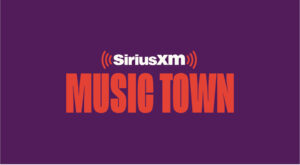 SiriusXM Canada has launched SiriusXM Music Town, a nationwide program as part of the satellite radio provider’s previously announced partnership with Live Nation Canada. It will see Canadian acts like Arkells, Dallas Smith, Walk off the Earth, and 2Frères descend on four lucky towns for one night. Communities can apply until June 12 with 16 finalists to be announced across four regions – Western Canada, Ontario, Quebec, and Eastern Canada – when Canadians will be invited to vote for the top town in each region.

Obvious Allegory is launching new podcast, Aborsh, about abortion in Canada, hosted and created by actor/writer/director Rachel Cairns. Dropping its first two episodes on June 13, the podcast examines why abortion is still such a big deal, what “choice” really means and looks like, and why that answer is different for different people. Incorporating interviews, research, and cultural commentary, the podcast features conversations with experts including Joyce Arthur, the founder of the Abortion Rights Coalition of Canada; Dalhousie University Political Science professor Rachael Johnstone; and Chantal Parkinson, founder of the Pro-Choice Society of Lethbridge and Southern Alberta. The project originated as a one-woman play by the same title.

LISTEN: On the latest Sound Off Podcast, Matt Cundill addresses the question of whether you should transcribe your podcast? He also answers questions like why is it the responsibility of the content creator to provide a transcript? Why would I want someone reading the show when I want them listening to it? And why should I pay for this? Listen on your favourite podcast app or here: