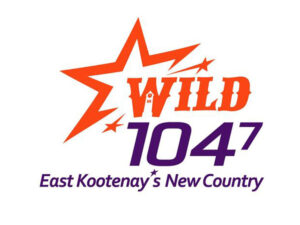 Torres Media has rebranded its Ottawa Active Rock station Rebel 101.7 (CIDG-FM) as Rebel Rock in a move to offer listeners a wider variety of music spanning the 1970s through 2000s. CIDG-FM flipped to an Active Rock format in 2016 when it moved from 101.9 MHz to 101.7 MHz on the dial. Now branded as Rebel Rock 101.7 – Ottawa’s Best Rock, the move to play a greater mix of rock positions the station to compete with Rogers Sports & Media’s mainstream rock station CHEZ 106. The format transition comes just weeks after the hiring of Danny Kingsbury, former National Format Director for Rock Radio at Rogers Sports & Media, who came out of retirement in August to join Torres Media as Executive Programming Advisor. Along with the playlist and library adjustments, Rebel Rock welcomes new station imaging voice Jamie Watson. The on-air lineup remains intact with Darryl Kornicky heard on “Kornicky in the Morning”, Cub Carson in afternoon drive, and Alexa in the evening time slot. Read more here. 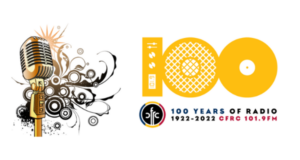 CFRC Kingston, the Queen’s University campus station, celebrated its 100th anniversary on Oct. 7. The station’s centennial was marked by the unveiling of a plaque outside Carruthers Hall where CFRC volunteers Jim Birch and Wayne Vermette were also recognized for 40+ consecutive years of broadcasting on the station. Experimental radio dates back to 1902 at the university and the experimentations of Queen’s first Professor of General Engineering, James Lester Willis Gill. By the 1910s regular courses on wireless technology were being taught by Gill. A group of his students obtained an experimental station license (9BT) in 1922 and aired the station’s first scheduled public broadcast on Oct. 7 of that year. Notable CFRC alumni include Lorne Greene, Shelagh Rogers, Stuart Mills, Chris Cuthbert, and Jamie Stein, among others.

The CRTC has approved an application by not-for-profit WONation Radio Inc. for a broadcast licence to operate a low-power, English- and Ojibway-language Indigenous (Type B Native) FM radio station in Wauzhushk Onigum Nation near Kenora, ON. The commission did not receive any interventions in regard to the application. The station would operate at 101.3 MHz with an average effective radiated power (ERP) of 27 watts. Aimed at promoting and revitalizing the community’s culture and traditions, the station plans to broadcast 126 hours of local programming per week, of which approximately 119 hours would be English-language programming and seven hours Indigenous-language programming in Ojibway. 108.5 hours would consist of musical content and 17.5 hours would consist of spoken word programming, including news content. Approximately 15 hours (or 14%) of the station’s musical content is to be dedicated to music performed or composed by Indigenous creators, drawing mainly from the pop, rock, country and contemporary Indigenous genres. 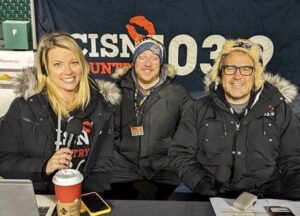 CISN Country Edmonton’s Yards of Hope campaign raised more than 370,000 following over 28 hours broadcasting live from The Brick Field at Commonwealth Stadium. Chris, Jack & Matt from CISN in the Mornings surpassed their fundraising goal for Hope Mission, bringing the event’s seven-year total to over $2.1 Million. Starting in the end zone on Thursday, Oct. 6, at 6 a.m., the live broadcast moved one yard for every thousand dollars donated. The hosts continued to move up the field, traveling well beyond their goal of 110 yards and reaching the other end zone three times by 9 a.m. on Friday, Oct. 7.

Bob McCown has signed on as a brand ambassador with Chicago-based online sportsbook, Rush Street Interactive as a BetRivers brand ambassador. The partnership includes a multi-year deal to represent the brand both through appearing on commercials and creating exclusive content for the BetRivers Network. McCown, who parted ways with Sportsnet 590 The FAN (CJCL-AM) Toronto and its television simulcast Sportsnet 360 in June 2019, has been hosting The Bob McCown Show featuring John Shannon on SiriusXM’s Canada Talks channel for the past year. As part of his new partnership with RSI, The Bob McCown Podcast will air across the BetRivers Network. He’ll also appear at various meet and greet events, along with co-host Shannon, in addition to being featured in upcoming BetRivers ad campaigns in Ontario. Read more here. 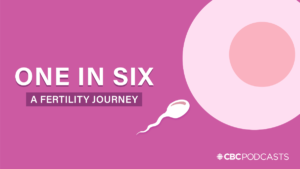 CBC will launch new podcast, One In Six, on Oct. 18, examining the barriers faced by those struggling with infertility. CBC St. John’s, NL  journalist and podcast host Jen White and her husband Neil Hyde are featured in the intimate eight-part series recounting their years-long fertility journey. White discovered that infertility is a common issue affecting approximately one in six couples in Canada. The first two episodes will be released Oct. 18, with two new episodes to be released weekly on Tuesdays until Nov. 8, along with a bonus episode each week dropping on Thursdays.

Vancouver Podcast Festival is taking a “time out.” The festival, which is produced by the same team behind Vancouver’s DOXA Documentary Film Festival, has announced on its website that after four years of programming, the event will be taking a breather this fall. VanPodFest says it’s proposing a single event in November (date and time TBD) for the local podcast community to come together and talk about what the future of the festival might look like.

LISTEN: Ontario Association of Broadcasters (OAB) Conference Chair Jody Brooker teases the in-person return of Connection 2022 next week on the latest Broadcast Dialogue – The Podcast. Listen on your favourite podcast app or here:

LISTEN: David Yas, founder and CEO of the Boston Podcast Network is featured on the latest Sound Off Podcast. Yas’ name is attached to about 1,000 episodes of various shows, which altogether have garnered over 367,000 downloads. He and Matt Cundill talk about how he built up one of the most successful independent podcast networks in Boston, whose shows include the daily Boston Podcast and Past Tens: A Top Ten Time Machine, a show that explores past lists of top ten hits.

ADVERTORIAL: In part two of this sponsored series, Andrew Snook, Director of Digital at Pattison Media, talks about the development and tech behind the Validate Audio Attribution platform. Listen on your favourite podcast app or here: 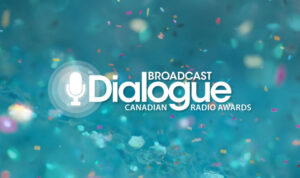