Pattison Media has announced its intent to acquire Westman Communications Group’s (WCG) radio stations in Brandon, MB. The acquisition would see Q Country 91.5 FM (CKLQ-FM) and 94.7 Star FM (CKLF-FM) join Pattison’s other Manitoba properties, 94.3 NOW! Radio (CHNW-FM) and QX 104 (CFQX-FM) Winnipeg. The sale would get Westman, a member-owned cooperative, out of the radio business to focus on its internet, TV and home phone service offerings. Pattison says the move will allow it to “super serve listeners and clients not only in Brandon, but western and southwestern Manitoba.” The sale is subject to CRTC approval and expected to close by the end of the year or early 2023. Read more here. 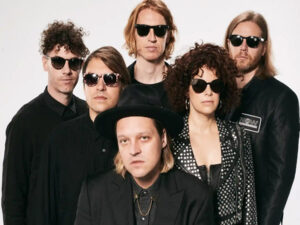 CBC Music, Toronto alternative station Indie88 (CIND-FM), LiVE 88.5 (CILV-FM) Ottawa, and Rogers Sports & Media’s SONiC RADiO stations in Edmonton and Metro Vancouver, are among those that have removed Arcade Fire from their playlists, at least temporarily. The move comes following allegations against the Montreal-based indie band’s frontman, Win Butler, that appeared in an exposé in Pitchfork magazine over the weekend. Read more here. 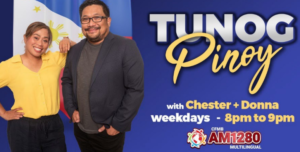 Evanov Communications’ CFMB AM 1280 multilingual radio Montreal is launching a new program directed at the region’s Filipino community. Tunog Pinoy (Sound of The Philippines) will make its debut Sept. 1, airing from 8 – 9 p.m., featuring news, information, and music. Hosted by veteran Filipino broadcasters Chester & Donna, the program will be conducted primarily in Tagalog. According to the 2016 Quebec census, there are 44,000 Filipinos living in Montreal, the sixth largest Filipino community in Canada concentrated in the Snowdon neighbourhood and Décarie Expressway. The most Filipino programmed ethnic station in the country is Evanov’s CKJS-FM Winnipeg.

Twitter is testing a new audio hub feature that will enable users to listen to podcasts, themed audio stations, and recorded and live Spaces within the app. Initially available to only a select group of English-speaking users, the beta feature sees podcasts integrated into Twitter as a part of a newly-redesigned Spaces Tab. The redesign introduces personalized hubs that group audio content together by themes like News, Music, and Sports with the aim of offering a more personalized selection of live and recorded Spaces discussing topics most relevant to the user. The hubs will also feature popular podcasts from around the world, with Twitter banking on internal research indicating that 45% of Americans on the app are also monthly podcast listeners. Read more here. 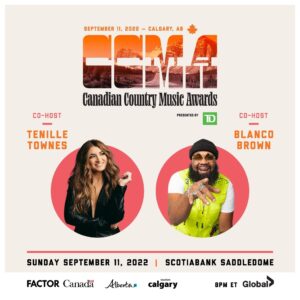 LISTEN: Todd Cochrane, the CEO of Blubrry Podcasting, returns to the Sound Off Podcast to talk about the technical side of podcasting from RSS feeds to micro payments and what the future might look like for podcasts. Listen on your favourite podcast app or here: