Goldy was seeking an injunction that would have compelled the broadcaster to play her 30-second ads on its CP24 television station ahead of the Oct. 22 municipal election.

CRTC rules stipulate that “If a broadcaster sells advertising time to one candidate or party, other candidates and parties must also be given the opportunity to buy commercial airtime from that same broadcaster.”

Goldy’s counsel, constitutional and civil rights attorney Clayton Ruby, had argued that Ontario Superior Court should hear the matter because of its urgency.

“I do not question that the application raises important issues for Ms. Goldy’s electoral campaign as a candidate for Mayor of Canada’s largest city, and for candidates, broadcasters and others in future elections, involving the ability of candidates to meaningfully participate in the electoral process and the ability of all voters to be reasonably informed of all possible choices before them,” wrote Cavanagh.

In a social media post live streamed following the decision, Goldy said “it is fair to claim prejudice here.” She also asserted her disinterest in bringing the matter before the CRTC, referring to Canada’s broadcast regulator as “a socialist brick up the rear end of Canada’s broadcasting structure” where she doesn’t feel she would get a fair hearing.

“I’m not interested in taking more of our donor’s money to a kangaroo court where the bench is stacked against us,” said Goldy. “The merits of our arguments including freedom of speech, freedom of expression, the integrity of fair elections…all that is way outside the wheelhouse of the CRTC. That belonged in the Ontario Superior Court chambers, but instead what we saw was just at the whim of a justice our case has now been tossed.”

The conservative commentator revealed Sunday night that Rogers Media had also refused her election ads after initially agreeing to an ad contract. 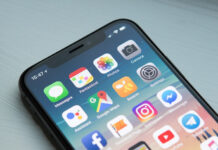