Postmedia has signed a deal with Google that will see the tech giant pay to host the network’s content on its news platforms. Postmedia, which publishes the National Post, among other daily and weekly newspapers and sites, joins the Toronto Star and the Globe and Mail, among more than 1,500 publishers are now participating in the Google News Showcase program. Postmedia has not disclosed financial terms of the deal. 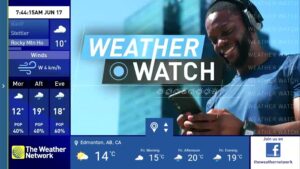 The Weather Network has launched its new TV app, now available to more than 500,000 Shaw TV subscribed households. The Weather Network TV App provides viewers on-demand access to hyper-local weather information, down to a user’s postal code. Shaw TV customers can say “The Weather Network” using their voice remote to access the app and its features. The network says technical changes to modern cable networks have made it difficult to distribute custom forecast signals to every community, and Canadians are increasingly consuming weather information differently. In response, The Weather Network developed the app in partnership with Canadian TV operators to adapt to these changes. The app will soon be available to subscribers on all major telco or cable providers, with deployments scheduled throughout the remainder of the year. MTM’s Spring 2022 Sneak Peek and Adoption report explores cord cutting, account sharing of subscription video on demand (SVOD) services, time spent on social media, and more. Top findings from the report include that SVOD services continue to grow and so too have the fees associated with the services. To cut down on costs, close to half of all SVOD subscribers are account sharing at least one of their services with another household. While the report found, the majority of Canadians continue to subscribe to a paid TV service such as cable, fiber optic and satellite, there’s a portion of the population that have chosen to forego their TV service and watch solely online. Close to one in five Canadians have cut the cord on their TV service; Canadians report spending nine hours using social networking sites in a typical week. Despite Facebook being the most popular social network, TikTok users report spending the most time using social networks at 17.1 hours in a typical week. For the first time, MTM also asked how Canadians are discovering new music. Despite a slight decline during the pandemic, AM/FM radio is still the number one way to discover new music for 22% of Canadians, followed by personalized recommendations from a music streaming service at 17%. 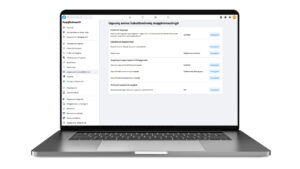 Meta has added Inuktitut as a language setting on Facebook desktop. The initiative to translate Facebook to Inuktitut is the culmination of a four-year partnership with Nunavut Tunngavik Incorporated (NTI) to promote daily use of the Inuit language spoken in communities across Nunavut. The translated interface is now available to more than 35,000 people across the Inuit Nunangat and also accessible to Facebook users globally. Inuktitut joins more than 100 other languages available on Facebook, and a growing number of Indigenous languages.