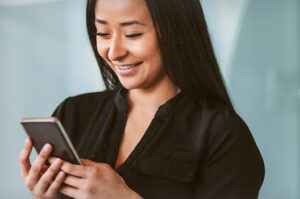 Media Technology Monitor (MTM) has released a report on media and technology usage by Canada’s Indigenous population (First Nations, Métis, and Inuit). Encompassing survey participation in Cree and Inuktitut, in addition to English and French, key findings from the Indigenous Peoples and Media Technology report include that Indigenous Peoples are more likely to own internet-connected TV sets, game consoles, and smart speakers. However, their adoption of other technologies such as smartphones, tablets or computers/laptops remains similar to the general population. Subscription video on demand (SVOD) services are more common among Indigenous Peoples. Just under nine in 10 Indigenous Peoples subscribe to an SVOD service, compared to 78% of the general population. Past month social media usage is also higher among Indigenous Peoples, driven largely by higher use of Facebook, Instagram, TikTok and SnapChat. While many have a home internet connection, just over a quarter of those living in the North report that their ability to access content is “always” or “often” affected by the quality of their home internet service.

FEATURE: You have probably heard the buzz by now around ChatGPT, the OpenAI model giving us a glimpse into how everything from copywriting to coding will be revolutionized by artificial intelligence. While various AI models have been around for awhile, what sets ChatGPT apart is its ability to write at a college level – not just for grammar, vocabulary and punctuation, but style – in mere seconds, boosting concerns that the technological leap could spell the beginning of the end for a myriad of jobs in the creative and knowledge economies, including journalism. What might the impact of ChatGPT and other AI models on the Canadian media industry look like? We put that question to the application as well as Dr. Lili Mou, Canada CIFAR (Canadian Institute for Advanced Research) AI Chair at Amii (Alberta Machine Intelligence Institute) and an Assistant Professor in the Department of Computing Science at the University of Alberta. Read more here.