Tremonti’s latest effort sees the former foreign correspondent and long-running host of The Current, reveal a “dark secret” from her own past in Welcome To Paradise. Described as a deeply personal, six-part memoir, Tremonti confronts her own trauma endured in an abusive marriage. She’ll share her story publicly, for the first time, at the opening night of the Hot Docs Podcast Festival on Tuesday, Jan. 25. Welcome To Paradise makes its debut Feb. 15.

Khandaker, who was most recently hosting daily The Globe & Mail podcast, The Decibel, returns to the public broadcaster to co-produce Nothing is Foreign, a weekly show promising “a wholly unique approach to reporting on international current events.” Launching Feb. 11, Khandaker draws on her own upbringing surrounded by a diverse group of friends that afforded her the opportunity to view herself as a global citizen. Nothing is Foreign will look at world news through that lens in an effort to “help listeners feel more connected to the world around them and make it feel just a little bit smaller.”

Four other new podcasts round out CBC Podcasts’ winter premieres:

Sorry About The Kid – Launching Jan. 19

Thirty years after his brother was killed by a speeding police car, host Alex McKinnon unearths his childhood grief, with help from family, friends, and a therapist who witnessed his brother’s death, in this emotional four-part series. 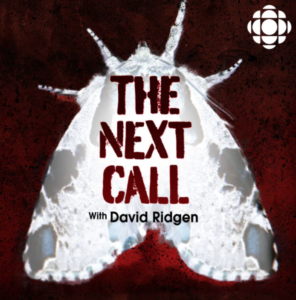 The Next Call: The Case of Nadia Atwi – Launching Feb. 8

On Dec. 8, 2017, Salwa Atwi arrived at her daughter Nadia’s home in Edmonton as part of their regular carpooling. But Nadia didn’t come outside, and the young kindergarten teacher was never seen again. Host David Ridgen, the creator of Someone Knows Something, investigates.

Whether it’s true romance or a night gone horribly wrong, this series offers the greatest real dating stories ever told. These sexy, jaw-dropping, comedic re-enactments will make listeners laugh, cry, and quite possibly swear off dating altogether. Based on the CBC Gem series.

An eight-part adventure through the creative process as three comedians (Ryan Beil, Maddy Kelly and Mark Chavez) try to write a legit sci-fi pilot — with help from Hollywood pros.

CBC Podcasts will also offer new episodes from returning podcasts, including: The Dose, Front Burner, Play Me, Pop Chat, The Secret Life of Canada, and SICKBOY.