Stephen Keppler, the Kelowna DJ who made headlines in early April when he was featured on John Krasinski’s SGN (Some Good News), was thrilled to make his second appearance on the digital series this week.

Keppler’s first appearance came about after The Office star picked up on the 101.5 EZ Rock (CILK-FM) afternoon drive announcer’s own take on Some Good News – #GoodNewsOkanagan – which went viral.

“I thought we need to do this on a hyper local level. That was my initial thought…we need more good news than ever,” Keppler told Broadcast Dialogue.

Following the boost to his local celebrity that ensued, the 34-year-old was approached by SGN producers early last week to record another segment to be featured in a special “community” episode of the show.

“I obviously said yes,” Keppler said. “I was really holding my breath, because sometimes you record a segment for someone and it lands on the cutting room floor, so I was pretty nervous. It was pretty surreal.”

While leaving some mystery, Keppler revealed that the popular segment intended to bring levity to those struggling with social distancing, isn’t the homegrown production it appears to be.

“The magic of the show is that it looks like John creates it from his den, but in reality he has a team working with him. They knew what segment they wanted me for…they sent me the copy, and I asked ‘does it need to be read verbatim or do you want me to add my spice?’ They said ‘do what you think is right and we’ll go from there,’ so I read it verbatim, but I had fun with it. At the end of the day, nobody knows who I am, it’s their show not mine, so I did it clean and fun with a big grin on my face. I think that was the right approach,” said Keppler, who recorded the segment on his home computer without a studio microphone to be consistent with the intentionally, low budget vibe of SGN.

Keppler believes Sunday night’s episode, which he was featured on, will be the last for awhile (you can catch “Radio Keppler” as Krasinski has dubbed him at roughly the 7:25 mark). Could there be another SGN episode in Keppler’s future?

“I’m taking each day at a time, personally,” said Keppler, who hasn’t let all the attention go to his head. “I’m grateful I was a part of the episode, grateful for the opportunity.”

Keppler has only been in the Okanagan for just over a year and said the experience has helped build rapport with his audience.

“They know me a lot more than they did a year ago. It’s definitely helped me build a name for myself,” said Keppler, who prior to joining EZ Rock, was part of the morning show at 92.5 The Chuck (CKNG-FM) Edmonton. Right now, in addition to helming drive on EZ Rock in Kelowna, Keppler also voice tracks middays across the EZ Rock brand in the Kootenays, Okanagan, Salmon Arm, Revelstoke, and Golden.

Overwhelmed with messages following his appearance on this week’s episode, Keppler’s favourite was a Twitter post of the young girl whose guinea pig was part of his segment, that showed her watching him deliver the feature.

When you wake up in the morning and realize your guinea pig was on @somegoodnews @johnkrasinski @RadioKeppler 🤣❤️❤️❤️ #SomeGoodNews #SGN pic.twitter.com/WGFVXVOaD7

“That was a heartfelt moment for me…this young girl was so happy she got featured on some good news,” said Keppler. “John Krasinski sending me a message was also pretty cool.” 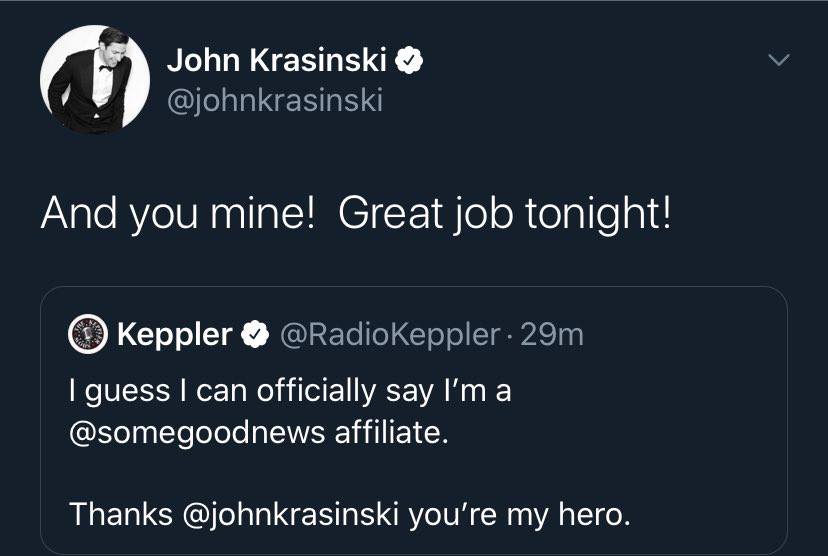 Keppler was a musical theatre and film actor before he got into radio. After graduating from the Radio and Television Broadcasting program at the Columbia Academy School of Broadcasting at Vancouver Institute of Media Arts (Van Arts) in Vancouver in 2012-13, his first radio gig was at 106.3 EZ Rock (CKGR-FM) Golden as both morning show host and sales rep.

He says he’ll continue to use video as a medium to connect to his radio audience.

“I see video as a way to keep you on your toes and it makes you more creative,” said Keppler. 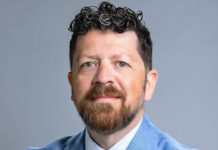 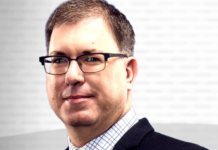 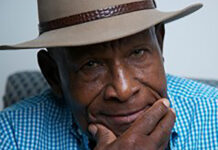