In a challenging year for Canadian radio and with many industry events cancelled, Broadcast Dialogue is introducing the inaugural Canadian Radio Awards.

“It’s been a really tough year for radio all across the board,” said Broadcast Dialogue publisher Shawn Smith. “There haven’t been any conferences, people are working from home, they’re unable to meet with their co-workers, with vendors, with listeners, and many recognition events have been cancelled. Broadcast Dialogue thought it would be a great community service to provide a feel-good initiative here in the fourth quarter and recognize all of the amazing accomplishments that radio has had throughout the COVID-19 crisis whether it be community service initiatives, listener support, or client support. Everyone has been coming to work virtually, or in-person, and persevering and we thought that was something to celebrate.”

The awards will recognize those both in front of the mic and behind-the-scenes from news staff to engineering and programming. Smith says the most compelling and creative performances and initiatives will be recognized, judged by a jury of past and present industry professionals. 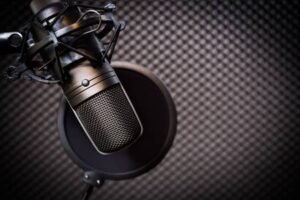 “We’re doing some of the more traditional types of awards, but we’re also doing best achievement in areas like engineering to recognize those who have worked overtime to produce miracles of modern broadcasting to transition everyone to work from home, as well as awards like Best Community Service Initiative. We know that in local markets, radio has been a lifeblood keeping listeners informed and we want to hear about those things, we really want to celebrate everyone in radio from on-air to operations,” continued Smith.

“Howard created Broadcast Dialogue because he wanted to create a sense of community within the industry,” said Smith. “We want to carry that forward and take it to the next level by recognizing its achievements and BD is a natural place for that to happen.”

The awards will be open to nominations, starting Thursday, Nov. 12 across the following categories:

Winners will be announced Monday, Dec. 14.