Global News confirmed Monday that two employees at its Toronto television station have tested positive for COVID-19. Rishma Govani, senior manager of news and radio communications for Global News, said in a statement that both employees are in quarantine and staff who’ve been in close contact identified and advised to self-isolate. Global News personality Farrah Nasser, who just returned from a vacation to Mexico, has also been co-anchoring the Global Toronto evening newscast from her backyard as her and her family self-isolate for 14 days under public health guidelines. 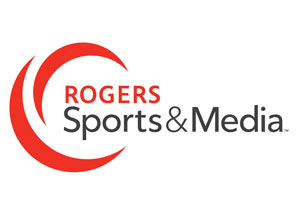 Rogers Sports & Media said it’s exploring technical solutions for its producers and on-air personalities to create content from home and has moved to reduce its live-in-house productions. While CityNews, Breakfast Television, OMNI News, and all Rogers Radio stations continue with live production, Sportsnet and Cityline have temporarily ceased all live in-house productions. Rogers tv has also paused some live productions and redeployed resources to focus on coverage of city and health authority news conferences and local information on COVID-19. For Citytv and OMNI original productions, commissioned shows Hudson & Rex and The Wedding Planners have already wrapped for the season while Blood & Water has suspended production until further notice. The network said it’s continuing to work with its production partners to build out contingency plans. Netflix has suspended all Canadian and U.S. productions for at least two weeks, joining the dozen or so CW/Warner Brothers series that shoot in and around Greater Vancouver, including The Flash, Supergirl, Batwoman, and Supernatural. CW’s Riverdale was the first show to suspend production after a cast member came into contact with a test-positive COVID-19 case. About 40 feature films and series were in production in B.C., including the forthcoming Mighty Ducks series for Disney+, which is now on hiatus until Apr. 5. Creative BC has set up a COVID-19 response page that includes a place for those in the Creative Industries to share project and event cancellation updates. Canadian Screen Week and the Canadian Screen Awards, including the national broadcast gala Mar. 29, have been cancelled due to restrictions on large gatherings. The Writers Guild of Canada (WGC) has also cancelled its 2020 awards, saying it will recognize talent both virtually and at the 2021 ceremony. On the festival front, the Hot Docs Film Festival, scheduled to run Apr. 30 – May 10 in Toronto, has been postponed, in addition to Canadian Film Fest, which was set for Mar. 24-28. CBC News Network coverage is replacing local CBC supper hour and evening TV newscasts across the country as of Wednesday, with the exception of CBC North, as the public broadcaster moves to consolidate its news resources in response to COVID-19. CBC News Network will evolve into “a core live breaking news service that will integrate journalism and coverage from CBC News Network, The National and local CBC stations across the country,” the broadcaster announced Wednesday morning. CBC News Network will temporarily replace most local supper hour and late night newscasts on CBC and CBC Gem at 6 p.m. and 11 p.m. local time. CBC North will continue to produce and broadcast Northbeat from Yellowknife and Igalaaq from Iqaluit in Inuktitut. Local stations will continue to provide local radio, digital and social news programming, and feed into national programming. Power & Politics is also being placed on temporary hiatus so the show’s Ottawa production team can be redeployed to CBC News Network.

CBC News Network, ICI RDI, CP24, and CTV News Channel are being made more widely available as Canadians clamour for more information on COVID-19. CBC News Network is now available to all Bell TV, Shaw, and Cogeco subscribers, and free to stream via CBC Gem, the CBC News app, and CBC.ca. Previously, live streaming the channel was accompanied by a $4.95/month charge. French-language counterpart, ICI RDI, will be available to all Bell TV, Vidéotron and Cogeco subscribers, and online at ici.radio-canada.ca/rdi and via the Radio-Canada Info app. CTV News Channel, CP24 and French-language channel LCN are also being offered to non-subscribers through participating TV service providers and offering free, live streams on their respective sites.

TSN and Sportsnet are teaming up to re-broadcast last summer’s Toronto Raptors 24-game journey to the NBA Championship. Starting Friday, Mar. 20 through Sunday, Apr. 12, the networks will alternate coverage in prime time of the Raptors post-season showdowns against the Orlando Magic, Philadelphia 76ers, Milwaukee Bucks and Golden State Warriors. The games will also be made available on both networks’ streaming subscription services, TSN Direct and Sportsnet NOW. Find the full broadcast schedule, here. Rogers Ignite TV and Digital TV customers now have free access to a rotating selection of channels through Apr. 30, including Disney, Disney Jr., Family Channel, Family Jr., YTV, Treehouse, Teletoon, ABC Spark, and FX, in addition to CP24, CTV News Channel, and CBC News Network. Rogers says new channels will continue to be added to the rotation. Smaller cable providers like Quadro have also announced that Corus has made its specialty channels available on free preview through Apr. 30. 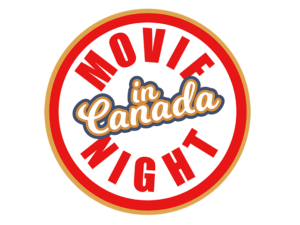 CBC is introducing ‘Movie Night in Canada’ which will replace Hockey Night in Canada on its TV broadcast schedule with the postponed NHL season. What the public broadcaster is calling “a celebration of acclaimed Canadian films” will feature back-to-back movies Saturday evenings beginning at 7 p.m. (8 AT, 8:30 NT) on CBC and CBC Gem. The line-up includes a double-bill featuring Scarborough-raised actor Stephan James; Paul Gross’ acclaimed war drama Hyena Road; and Mr. Hockey: The Gordie Howe Story, which delves into the hockey legend’s comeback at age 44. Find the schedule to date, which the public broadcaster says is subject to change, here. Sinking Ship Entertainment has announced that the theatrical release of Dino Dana The Movie is being postponed. The film, a spinoff of the award-winning kids’ series, was set to premiere Mar. 21 with U.S. and Canada-wide screenings at over 550 theatres. FRIENDS of Canadian Broadcasting has introduced The Friendly Daily – curated recommendations for streaming TV shows, films, shorts, and other Canadian content to enjoy while self-isolating. Sent out to FRIENDS’ email subscriber list, its recommendations will focus on feel-good viewing, from new web series to classic documentaries. Sienna Films and Media Headquarters are the latest prodcos to move out from under the Kew Media Group (KMG) umbrella. Robert Cohen, CEO of Toronto-based Media Headquarters, which is behind shows like Canada’s Smartest Person and Salvage Kings, has entered into an agreement with KMG to repurchase the company. Quebec producer/distributor DATSIT Sphere has also now acquired both Sienna Films (which makes CTV drama Cardinal), and BGM (formerly Bristow Global Media). Nikki Ray Media Agency, a new prodco owned by Architect Films founders Mike Sheerin and Tanya Linton, has entered into an agreement with KMG receivers to buy back Architect Films’ shares. 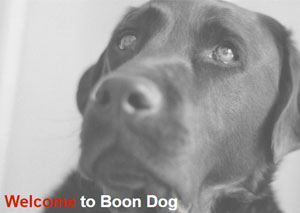 Boon Dog Professional Services, an Ottawa-based research and consulting firm, says Canada’s publicly-traded television service providers, combined, lost a record number of TV subscribers in 2019. The company says the continued launch of new streaming services, a slowdown in the growth of IPTV, and continued cable TV subscriber losses, contributed to a record cumulative loss by the big Canadian TV service providers of an estimated 278,000 TV subscribers in their respective 2019 fiscal periods ended Nov. 30/Dec. 31. That’s up from an estimated loss of about 170,000 TV subscribers in the previous year. Boon Dog estimates that the number of Canadian households subscribing to a traditional TV service dropped to below 10.7 million in 2019, which represents about 3% of the total market. According to its latest projections, Boon Dog estimates the number of internet streaming subscribers in Canada will surpass the number of traditional TV (cable, IPTV, and satellite TV) subscribers this year. CBC has announced it will broadcast a 90-minute special celebrating Schitt’s Creek on Tuesday, Apr. 7. The special will follow the airing of the show’s finale at 8 p.m. (8:30 NT). Best Wishes, Warmest Regards: A Schitt’s Creek Farewell will feature a behind-the-scenes look at the making of the sixth and final season. Directed by Amy Segal, the special includes never-before-seen footage of table reads, audition tapes and heartfelt moments from the very last day on set, in addition to interviews with the creators, cast, journalists and celebrity fans, including Carol Burnett, Cameron Crowe, Will Arnett, Tony Hale, Paula Abdul, Amy Sedaris, and Johnny Weir. 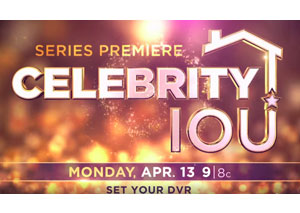 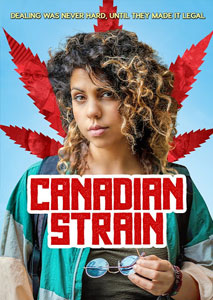 Canadian Strain, which was supposed to open in Toronto and Winnipeg this weekend, is now available on demand on Apple TV. The indie comedy, written and directed by Geordie Sabbagh, stars Jess Salgueiro as a weed dealer being run out of business by legalization. The cast also features Colin Mochrie and Naomi Snieckus, among others.