It’s late on Thursday evening and I catch George Stroumboulopoulos by phone at his Toronto home where he’s doing the dishes.

After an ambitious travel schedule that saw the veteran media personality take roughly 148 flights last year, he tells me he’s enjoying the solitude of our collective circumstance and despite missing a few friends and restaurants, he’s doing just fine.

I reached out to talk about an upcoming livestream he’ll host on Zoom next week, the second in a series of conversational Q&As aimed at helping broadcasting students prepare to navigate a very uncertain future.

“Basically what I’m trying to do with this is when any younger crew is trying to gain momentum and a labour dispute or something as crazy as this [pandemic] creates a moment of pause, I want to say ‘we care about you and we care about your growth.’ Let’s just take a moment and get through it,” explains Stroumboulopoulos.

The former MuchMusic host and Humber alum first reached out to the student community in 2017 when Ontario college instructors went on strike, staging an event that saw the infamous “House of Strombo” packed with students and featuring a who’s who of Canadian media types, including Peter Mansbridge and former CBC and Twitter executive Kirstine Stewart.

Had the pleasure of joining some Canadian media folks this afternoon and fielding questions from the industry’s next big players. Thanks to @Strombo for putting it together. And to the students who took the time to ask some really insightful questions. pic.twitter.com/cigla3bzLI

“The next one we’re doing is more specific, about hosting and interviewing and announcing. I have another coming up on songwriting and artist development, and another with film producers…basically I’m just calling my friends and helping the kids out,” he tells me. “It’s pretty punk rock.”

The Zoom calls are loosely planned. Students request a link via playalong@strombo.com and then the call happens when it happens as his schedule allows.

Time for Another installment of Strombo’s Slumber College. Next zoom session is about interviewing, hosting, announcing. Radio, TV, digital, podcasts and such… If you want in, email me at playalong@strombo.com pic.twitter.com/abdbLIwiwQ

“I think it’s really interesting when your career is born in a fire,” Stroumboulopoulos says of the current crop of post-secondary graduates. “Most jobs have some kind of a ceiling. This job doesn’t really have one if you have the ability and learn the skills to become independent and durable. So, I think for people entering the game, there’s an opportunity for them to grow. In the longer term, how they navigate this is a really important cornerstone for their careers.”

“There’s no other motive except we have a bit of time, we have a bunch of expertise, we have the ability to bring people together. Let’s do something good and meaningful with this time.”

Essentially what’s been driving most of Stroumboulopoulos’ endeavours of late is his desire to build community.

During the current lockdown, he’s been hosting Instagram Live streams four to five nights a week that draw on average a few hundred viewers. He talks, he plays piano, he sings (admittedly badly) and he does live DJ sets. And then, he deletes it all before it can survive for the app’s standard 24-hour story cycle.

Russell Peters and Tom Green are among the celebrity friends that have jumped in to take part in the impromptu streams, unplanned, over the past few weeks.

“A lot of these cats, we came up in this business together. They trust me and I trust them. I’m a big believer in fly by the seat of your pants. I’ve always been in love with the craft of live radio and television. I just love the opportunity to get out there with no idea of what could happen. Some of these livestreams…some turn to hilarious story telling, sometimes drunk people call me and play songs, there’s basically two things happening…the convo happening with me and then there’s this whole late night crew who talk to each other, checking in on each other…they know that by joining us, they have some place to go and they’re starting to make friends.”

Illustrating his point, he tells me one of his audience regulars just designed “Strombo Late Night Crew” patches.

“That to me is really nice, this concept of community being delivered,” he says. “It’s really fun.”

In addition to hosting The Strombo Show, Sunday nights on CBC Music, Stroumboulopoulos has a new project coming, but is keeping the details close to the vest for now. It will air here, but won’t originate in Canada.

“I’ve been working for a couple of years on a project in the post-hockey world that was leading to this, so I’m very, very lucky…I’m really grateful that I’ve worked consistently since I’ve started in this business and the next gig is the one I’m going to have the most fun with. If you love it, you just find ways to make it work.”

He’s also developing several projects with Malton 58 productions (a nod to the TTC bus route in the neighbourhood he grew up in), the production company he runs with Bob Mackowycz, Jr. and Racquel Mesina.

One of those projects is a sitcom he’s looking to produce outside the current network system, so as not to compromise “any of the edge” on the show which will centre around an ethnic storyline.

“What I’m never a fan of is complaining about an industry not being what I want it to be. I don’t expect it to come to my doorstep, I’ll just go create that with my friends. That’s what we did with House of Strombo when MuchMusic closed its doors. We created our own space. I want to make stuff just to make it. Sometimes I forget…oh yeah, there’s a business here.” 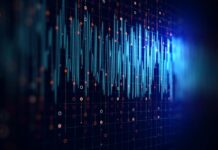