Drake has signed a multi-year deal with social broadcasting platform Caffeine. He’ll have his own channel on the platform, and will co-produce rap battles in collaboration with Ultimate Rap League (SMACK/URL) as part of the deal. Drake’s streaming draw has been tested before with his Fortnite match against Tyler “Ninja” Blevins, drawing 635,000 concurrent viewers, breaking the all-time viewing record for non-tournament streaming on Twitch.

Media Technology Monitor (MTM) has released its new Sneak Peek Report highlighting SVOD, podcasting, co-viewing and more. Among its findings: one in six Canadians in its Fall 2019 survey showed interest in subscribing to Disney+, while one in 10 showed interest in Apple TV+; When consuming content on Netflix, Francophones report the vast majority of the content they watch on the platform is in English; Podcasting continues to be a popular medium with 26% of Canadians reporting having listened to one. In terms of genres, one in seven podcast listeners rate comedy as their favourite type to listen to. 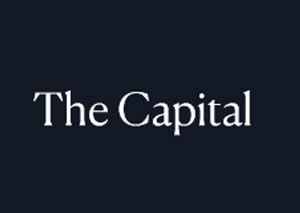 The Capital, Victoria, BC’s new online news startup, has been publishing since mid-September thanks to a three-year funding injection by local tech entrepreneur Andrew Wilkinson (not to be confused with the BC Liberal party leader of the same name). Specializing in local, longform investigative journalism, in addition to a daily newsletter sent out by controlled email circulation, The Capital is helmed by former National Post scribe Tristin Hopper. It’s also added Sean Craig, who was most recently with the National Observer, to its roster as an investigative reporter. Broadcast Dialogue talked to Hopper about taking the revenue road less traveled and building audience trust in the disinformation age. Read the full story here.

Media Central Corporation will be upgrading its digital properties with online video capabilities, with Toronto’s NOW Magazine the first of its publications to incorporate video journalism, starting with the Mar. 5 issue. The company says it plans to monetize its digital video production via programmatic advertising, platform revenue partnerships, affiliate program integration, and in-video promotional offerings.