CBC has given 35 employees a “notice of redundancy” amidst budget pressures.

The majority of the affected positions are in Toronto with layoffs set to take effect Dec. 31.

“As is the case with every Canadian media company, CBC faces challenges in the context of an ever-shifting media landscape with so much disruption,” said Chuck Thompson, Head of Public Affairs for CBC English Services, in an email to Broadcast Dialogue. “To meet these challenges, as an organization, we have to make changes. Yesterday’s layoffs are part of a difficult but necessary exercise to manage a decrease to the News operating budget.”

“It’s important to note that wherever possible, we have protected ‘feet on the street’ and have looked to attrition and unfilled vacancies to help manage this,” added Thompson.

Bell Media also made a round of layoffs this week, that included several long-serving employees. While the company declined to say how many positions or stations were affected, job losses were reported in Winnipeg, Montreal and Ottawa.

“Our industry is changing fast, with growing international competition and new viewing and listening options impacting audiences and advertising across the Canadian media sector,” said Bell Media Communications Manager Patricia Garcia, in an emailed statement. “We’re feeling the effects of rapid industry change in many parts of our business, including local TV and radio. To ensure we remain competitive, we’re managing the impact on our bottom line while also investing in content and platforms.” 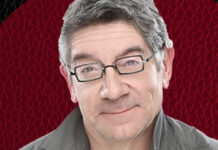